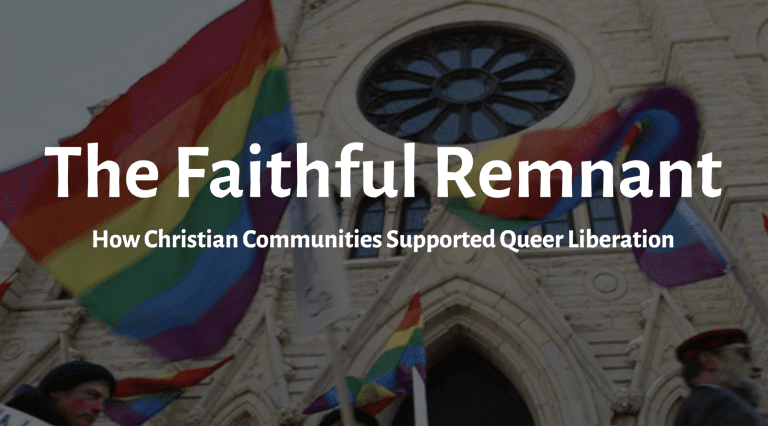 A majority of the worlds Christian Churches today have official doctrines and dogmas that support the marginalization of LGBT+ people. World governments and individual parents base their discrimination and rejection of the dignity and equality of LGBT+ people based on the authority given to these religious positions. In many ways, religion is one of the chief cultivators of homophobia and transphobia in the world today.

But there is also another side to the story. While those with privilege and power within religious institutions are most often those perpetuating these damaging behaviors, it is also the case that the queer liberation movement has been greatly aided by communities of faith since it’s very beginning. The 1969 riots at The Stonewall Inn in New York are often cited as the birth of the modern Queer Liberation movement, yet nearly two decades prior, religious groups in the South began advocating for LGBT+ inclusion in the Church and society.

In 1946, the Eucharistic Catholic Church of Atlanta, GA began meeting at the Winecoff Hotel, led by George Augustus Hyde, an openly gay, ex-Catholic minister. Hyde became a fierce advocate within Christian churches for inclusion, leading silent protests during Catholic Mass to show solidarity with a young Catholic who was refused communion after refusing to repent of his sexuality.

Nearly twenty years later, in 1965, San Francisco, CA, two United Methodist Ministers held a press conference condemning a police raid on a drag ball, leading to the arrest of six individuals. Both pastors served at Glide Memorial Church, a faith community known for advocating for and welcoming the LGBT+ community.

Immediately following the Stonewall Riot in 1969, clergy like Fr. Robert Weeks of Church of the Holy Apostles in New York began providing space for early queer liberation groups to meet, worked to change policies in the Episcopal Church towards homosexuality, presided over gay weddings, and participated in protests of groups like Gay Liberation Front.

On the other side of the country in 1968, openly gay Christian minister Rev. Troy Perry was starting Metropolitan Community Church of Los Angeles, a fully affirming faith community for the LGBTQ+ community. Within five years, Perry’s single church had grown into a national network of 9 LGBTQ+ affirming communities stretching from California to Hawaii and Texas.

These are but a few examples of the brave allies and LGBT+ people of faith that have stood up for the equality and dignity of queer people since the earliest days of the modern movement. These pioneers recognized that at the heart of the Christian message was a call to radical inclusion and embrace of God’s creativity displayed in the diversity of humanity, and chose to believe, preach, and fight for LGBTQ+ individuals right to live and to love without discrimination.

This work continues today in organizations not just in the United States, but around the world. This week, the European Forum of LGBT+ Christians is meeting in London, England to strategize and organize to promote LGBTQ+ rights throughout faith communities in Europe. The Global Faith and Justice Project founded by Rev. Michael Adee is working with people of faith across Africa, South America, and Asia to promote the rights of queer people in countries around the world. In the United States, organizations like Q Christian Fellowship bring together thousands of queer Christians every year to network, be inspired, and be sent forth to enact change in faith communities around the country.

As the global LGBTQ+ community turns to remember and celebrate the 50thanniversary since the birth of the modern queer liberation movement at The Stonewall Inn this week, we would do well to remember that there has always been a faithful remnant of religious groups who have resisted their traditions exclusivity and fought for the dignity of queer people both within and outside of their faith communities.

Religion does not have to be the enemy of the LGBTQ+ community – in fact, it should be one of our strongest tools for change. When people are awakened to the inclusive values inherent to most of the worlds religious traditions, they can become the queer communities fiercest advocate and allies.

As we turn our eyes toward the next fifty years of the queer liberation movement, we will need to rely on the faithful pioneering work of queer people of faith and our allies to continue to dispel doctrines of discrimination and fight for religions centered on the core human values of love, diversity, and acceptance that represent the fundamental needs of all people.

Religion, at its best, is a tool for self-actualization and expression, one the motivates us to live from a place of authenticity and calls us all to sacrificial service of our “others”. While Christian communities have far too often represented the exact opposite of these messages, the change that the pioneering work of theologians, clergy, and people of faith are igniting will continue to provide much needed fuel to ensure the flourishing of the queer community around the world for decades to come. 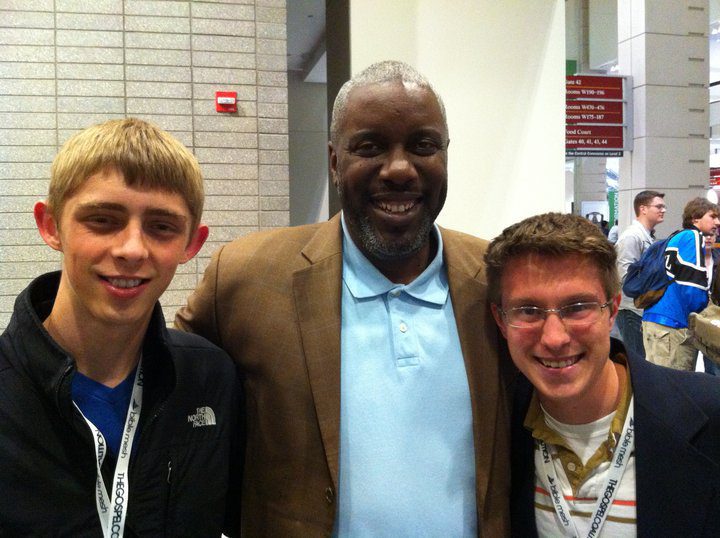 Progressive Christian
There Is No Fear In Love: My Experience...
Nomad 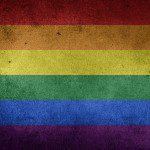