The transforming power of art

(On this 4th of July, I’m happy to share the talents of author and artist, Christy Tennant.  She’s just moved to Seattle, offers a review of my new book on her great blog here, and is the Director of Global Community for the International Arts Movement).  Enjoy!

It was a sweltering July day. I was on a crosstown bus in Harlem, heading from my apartment on E. 112th Street to the Department of Motor Vehicles to register my Jeep in New York City. Having waited for what seemed like an eternity in the hot sun, I was relieved to climb the steps of the air conditioned bus. As I swiped my MetroCard, I noticed there were plenty of available seats in back, so, steadying myself with one hand on the bar above my head, I made my way past the passengers crowded toward the front and sat down.

I soon realized why there were so many passengers in the front of the bus and so many unused seats in back. The man sitting directly across from me was, it quickly became clear, out of his mind. He was shouting and cursing at someone only he could see, as his fellow passengers tried to ignore him. At the next stop, however, another man got on the bus and sat in the back, but he was not as “polite” as the rest of us. Almost immediately, he began responding to the man’s shouts, yelling back in return and elevating the tension ten-fold. Within minutes, the atmosphere on the bus went from uncomfortable to downright hostile, and there I was, sitting right between the warring men.

As the tension mounted, my mind began to race. The rest of the bus was quiet, besides the two men, and as I sat there feeling helpless, a thought entered my mind, taking me quite by surprise. Christy, you are the light of the world. Jesus’ words to his followers began echoing through my head, as I helplessly tried to figure out what that meant for this situation. Lord, I prayed silently, what do I do?

My heart began to pound. I had been studying several different worship-related texts, and one came to mind. It was the story of Jehoshophat’s army which, when faced with an unbeatable foe, cried out to God for direction. His response was nothing like what they expected, but they went with it. Sending their singers to the front of the battle line, the army of God followed behind those who made melody to the Lord, singing, “Give thanks to the LORD, for his love endures forever.” By some miracle, that was all it took, and by the time the soldiers reached behind enemy lines, the bad guys had turned on, and destroyed, one another.

The singers saved the day.

Well, more accurately, the Lord – working through the medium of music – saved the day.

This was going through my mind as I sat there, and as the adrenaline flowed through my veins, feeling like someone needed to do something, I did the one thing that comes most naturally to me: I closed my eyes, opened my mouth, and began to sing:

Amazing grace, how sweet the sound that saved a wretch like me! I once was lost, but now am found; was blind, but now I see.

The bus grew silent, except for my voice. The two men stopped shouting, and their looks of rage were replaced with a peaceful countenance. One of them was actually smiling.

I sang the five verses I knew by heart, ending just as the bus reached my stop and I exited, continuing on to take my place in line at the DMV. But as I walked up the avenue, I knew I had just experienced a holy moment. It was nothing I would have imagined, nothing I could have planned for. It just happened.

That day, something landed on my heart, and to this moment, it informs much of what I do, whether as an actor, musician, writer, or in my work with International Arts Movement: the arts have a profound power to change things. Art cannot save. Music, in and of itself, cannot overcome darkness. But a song, or painting, or story that is true, good, and beautiful has the capacity to impact the atmosphere, helping us remember our own humanity and, indeed, to become more fully human. Art can remind us that all is not lost, and there is, in fact, hope.

From age to age, the arts – with their divine purposes and transforming power – have colored the world with hope. I can think of many more examples of this from my own life and the lives of others, but I’d love to hear your stories! Whether its something you have experienced or something you have read about, what are some ways in which art has been a medium of hope for humanity?

July 5, 2011 Home - wherever you are
Recent Comments
4 Comments | Leave a Comment
Browse Our Archives
get the latest from
Evangelical
Sign up for our newsletter
POPULAR AT PATHEOS Evangelical
1 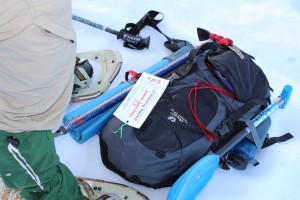 Evangelical
The value of trials - lessons from just...
Fibonacci Faith: Changing Everything 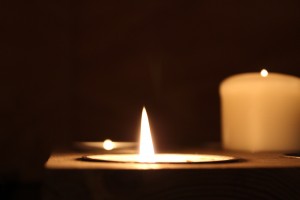 Evangelical
Why Caring for the Earth matters to Christ...and...
Fibonacci Faith: Changing Everything
TRENDING AT PATHEOS Evangelical