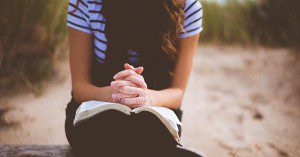 *Note: If you choose to comment, make sure your comment is relatively brief (no more than 100 words), on topic, addressed to me, civil and respectful (not hostile or argumentative), and devoid of pictures or links.*

This is an addendum to my immediately preceding blog post about so-called “wordless prayer” (also “centering prayer” and “contemplative prayer”).

Many of you who commented obviously do not understand what this practice is. It is not merely listening to God; it is emptying one’s mind of all words and thoughts whether one’s own or God’s. It is similar in practice to Zen Buddhism’s practice of meditation. It is similar to the practice now commonly called “Mindfulness” which is a misnomer because it actually means stilling the mind entirely of thought and words.

Sure, some have adopted the terms, especially “contemplative prayer,” for “lectio divina” which is listening to God in silence, usually after reading a passage from scripture. This is commonly done in Christian groups such as “covenant groups” or “small groups” associated with churches. It is usually preceded and/or followed by prayer using words.

“Wordless prayer,” “centering prayer,” however, is not that. It is focusing the mind on nothing but within an attitude of “opening to God.”

My point is that is not real prayer; it is preparation for real prayer. Real prayer is always, in the Bible, conversation with God. Sometimes that conversation is praise only, so “conversation” may be a bit misleading. Many of the Psalms are prayers. My objection is to the word “wordless” and the explanation of the practice of “centering prayer” which is very much like the Zen practice of “zazen” or “shikantaza” in which the mind has no object at all.

Why? Why do I object so strenuously? Because what I have observed in many groups that practice “centering, wordless prayer” is that it becomes a substitute for prayer with words. And it has no basis in scripture. It is a practice borrowed from non-Christian religious sources, like yoga.

(And don’t attempt to lecture me about yoga; I know much about yoga and true yoga is always an entry into some form of Hindu spirituality. I have been to several yoga-centered meditation centers and asked the directors about this. They have been honest with me and said that yoga as mere physical exercise is not true yoga but an opening to true yoga which is intrinsically tied into some form of Hindu meditation. I know this and will not be contradicted here, so don’t attempt it.)

I have no objection to a Christian practicing meditation so long as it is not called “prayer” and does not become a substitute for prayer. It can be, for some people, a stress and anxiety-relieving practice. Call it “mindfulness.”

I have no objection to a Christian practicing yoga so long as it does not lead into any form of Hinduism. Any true teacher of yoga however, will admit that its purpose is to do just that.

January 9, 2023
There Is No Such Thing as “Wordless Prayer”
Next Post

January 13, 2023 What Does Prayer Do?
Recent Comments
0 | Leave a Comment
Browse Our Archives
Related posts from Roger E. Olson