What Does Prayer Do?

What Does Prayer Do? 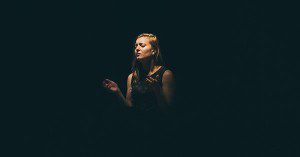 *Note: If you choose to comment, make sure your comment is relatively brief (no more than 100 words), on topic, addressed to me, civil and respectful (not hostile or argumentative), and devoid of pictures or links.*

This is the third blog post in a series about prayer. I have already established that prayer is “conversation with God” that can, of course, take many forms but is never entirely “wordless.”

The truth is that prayer does both! Prayer can change me, but that is not its only purpose or effect. Especially petitionary, intercessory prayer, can change what is going to happen to something else AND it can change God because God allows it to change his mind and plan of action. That is, if you believe the Bible. The Bible is full of examples of prayer changing events and God’s plans.

I can only think of a few examples in the Bible of prayer changing the person praying, although I have no doubt it can do that.

So why do so many people think and say “Prayer doesn’t change thing [or God]; it changes me”?

Well, this seems to me a version of an advertising slogan fad. A billboard says about a bank “We don’t do business; we help people.” Uh huh. When I see this type of advertising I always think to myself—maybe you do both! But I know you do business.

But I think the reason for the cliche about prayer goes deeper. Friedrich Schleiermacher, the “father of modern, liberal theology,” argued in his massive systematic theology “The Christian Faith” that petitionary prayer is immature, that prayer’s purpose is to align our wills with God’s will. And, of course, our prayers should praise and glorify God. Schleiermacher did not believe that anything outside of God could have any affect on God. He thought it was silly, immature, even ignorant to ask God to do something because God is always already doing the right and best thing.

This idea of prayer, even if not surrounded by all of Schleiermacher’s high theological explanations, has trickled down to many religious people, including some evangelical Christians who should know better! JESUS PRAYED PETITIONARY PRAYERS! And yet even Schleiermacher believed that Jesus was the perfectly, fully God-conscious man!

The next time you hear someone say “Prayer doesn’t change thing [or God]; it changes me,” correct them with “It does both.” You will find that either the person who uttered the cliche is just ignorant of the Bible or does not believe the Bible (like Schleiermacher).

So there’s another reason why some people utter (or write) this cliche. They don’t want to have to think about or explain why petitionary prayers are not always answered in the way they are prayed. The Bible gives us several reasons. I won’t go into them all here, but just point to Jesus’s prayer to the Father in the garden “If it be possible, let this cup pass from me.” Also, the New Testament tells us that in one part of Palestine Jesus could do no miracles because of the people’s lack of faith! We have to be careful with that one, though. Most often, the answer to unanswered prayer is “we don’t know why God didn’t answer the prayer as you hoped and expected.”

Finally, the basic problem that I am addressing in this series on prayer is that some Christians simply don’t connect how they pray with the Bible. When the disciples asked Jesus to teach them to pray he didn’t say “Okay, close your eyes and empty your mind of all words and thoughts.” He gave them words to say. When Jesus prayed, he asked the Father for specific gifts of different kinds, he didn’t just intend to align his will with the Father’s although, of course, he intended that all of the time, not only when he prayed. But he prayed petitionary prayers that clearly intended to persuade the Father to do something. When Jesus asked the Father to forgive his persecutors and tormentors, was he just attempted to change himself, to align his will with the Father’s? Would the Father have forgiven them anyway, even if Jesus had not asked him to? I doubt it.