Whatever Happened to “Innocent Until Proven Guilty?”

Whatever Happened to “Innocent Until Proven Guilty?” 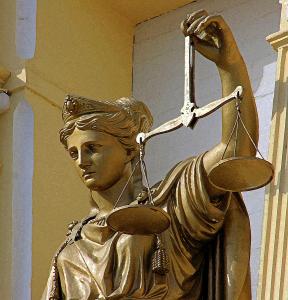 *Note: If you choose to comment, make sure to your comment is relatively brief (no more than 100 words), on topic, addressed to me, civil and respectful (not hostile or argumentative), and devoid of pictures or links.*

This is a matter of justice and therefore of ethics. All Americans should be concerned about this, including Christians. We should speak up about it in churches and elsewhere (e.g., letters to editors).

A basic rule of law and justice in America (and many other places) is that a person is considered innocent until proven guilty beyond a reasonable doubt and convicted by a jury of their peers in a court of law. That rule seems to have been forgotten in contemporary America. We are so obsessed with “true crime” (books, movies, television programs, YouTube videos, podcasts) that we jump to convict an accused person as soon as he or she is arrested.

Everyone reading this who lives in America knows the case I am talking about. For the rest of you—four Idaho university students were stabbed to death in their home (dorm-like rental residence) in the dead of night. Two residents were unharmed. The media focused much attention on this as there seemed to be no reason or suspect. This happened several weeks ago.

Now the police have identified a suspect and released some information about why he is the suspect. His name has been revealed and also where his parents live. (He was at their house in a different state when arrested.) He has been shown on television many times. Numerous Youtube videos focus on him and his alleged crime with much speculation about motive and means.

I have listened closely to much of the chatter on TV news and on Youtube about the case and one thing is clear. This man has already been convicted in the public mind. Some reporters have even dropped the “alleged” and talk about him as “the murderer.” His attorney has said that he is convinced he will be exonerated. Some of the evidence against him has been revealed, but there seems to be more to come. Or, perhaps, some of the already revealed evidence will turn out to be red herrings. That has happened before.

Remember the man who was accused of planting a bomb in Atlanta at a major sports event where thousands were outdoors in attendance? He was convicted in the media and the public mind (talking heads on true crime talk shows) and then, months later, the case against him was dropped. It turns out he was innocent. A movie has been made about how the case ruined his life.

Then there were the Duke University lacrosse players who were convicted in the public mind and in the media of rape. Eventually the case against them was dropped and the prosecutor disciplined for pursuing the case without evidence. It turns out the accuser was lying. One well-known “true crime” talk show host on television had them convicted and sentenced on her show and then strangely disappeared from her show, replaced by someone else for a few weeks, after the case was dropped. I saw a television “magazine” where some of the boys were interviewed about how their lives were affected by the media lynching they experienced. Basically they said they were ruined by it.

American culture and society has thrown away the principle of “innocent until proven guilty in a court of law.” We need to stop this and remember and heed that principle. It is a matter of justice. I point an accusing finger at the media who feed off of allegedly true crime and the “guilt” of the accused long before a trial is held or the accused confesses. And I point an accusing finger at the American public who in voyeuristic fashion thrill at seeing the accused brought into court for the first time in orange jail “clothes” and chains. People interviewed “on the streets” about the defendant generally talk about him (or her) as guilty already even before all the evidence is revealed.

Anyone who has paid attention to “American justice” knows that numerous convicted “criminals” already in prison, some for many years, have been exonerated by new evidence. I applaud The Innocence Project that has been instrumental in freeing many from prison. But those cases do not get the public’s frenzied attention in the same way as the cases of accused murderers who may or may not be guilty.

Christians especially need to be fair toward those accused of crimes and await the verdict and even then seek the safety of those confined to prisons and the release of those falsely or wrongly imprisoned. We should be shocked at how often on “crime shows” on television “detectives” interrogating “persons of interest” and potential witnesses, always males, threaten them with being raped in prison if they don’t speak up against their alleged co-criminals. I used to watch “Law and Order” (one of the longest running American television series) and quit when I heard the lead female detective threaten a young male with being raped in prison if he didn’t give evidence against a friend suspected of being a criminal. Is that just fiction-entertainment? First, it’s not entertaining, and second, I don’t think its just fiction. The reality of young men being raped in prison is all too real in America.

We have a real problem with true justice in our American legal system. It seems elusive and sometimes almost not valued. Our “law and order” mentality has gone so far that many seem to take delight in knowing there are almost certainly many innocent men and women in our prisons. “It’s just the cost of doing business” is what I was once told by someone who admitted it.

My appeal to you is to NOT join the mob mentality of our “law and order” society that thrives on finding accused people guilty long before any trial is held or they confess.