A Devotion for Christmas Day and beyond.

“Do not let your hearts be troubled. You believe in God; believe also in me… If you love me, keep my commands. 16 And I will ask the Father, and he will give you another advocate to help you and be with you forever— 17 the Spirit of truth. The world cannot accept him, because it neither sees him nor knows him. But you know him, for he lives with you and will be in you.”  John 14:1, 15-17 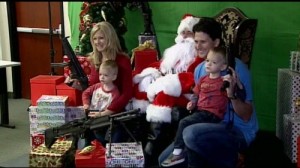 I don’t think I’m alone in having memories of certain presents that I received at Christmas as a child as being ones that I wasn’t particularly thrilled about. You know what I’m talking about — the gifts of socks, sweaters, hats, gloves, underwear, ugly Christmas sweaters, pretty much anything made out of fabric or cloth.

One year, when I was a teenager, one of my grandmothers mailed me the gift of a “crazy quilt” made out of left over bits of cloth from all of the many items of clothing that she had made for me over the years — clothes that I felt embarrassed to wear to school and to church. “Great. A blanket. And not just a blanket, but one that reminds me of all of the unwanted gifts she’d given me since I was a toddler. Gee. Thanks.”

Now when we get Xmas gifts of unwanted “gay apparel” that were purchased from a store, we can take them back to the store and exchange them for something that we’d rather have instead. If a child is allowed to do this, odds are good that they’ll exchange the cloth gift for toys made mostly of plastic.

My favorite gift that I ever received was a toy magnum revolver that an older kid named Johnny gave me. I looked up to Johnny, he was a role-model, and that he’d think to give me one of the toys that he used to play with was super cool!

This was back in the 1970’s, when toy manufacturers made their guns look realistic. This pistol was made from die cast metal. It was heavy. It felt real. You could cock it back, and the barrel would spin, one chamber at a time. And if the barrel hadn’t been halfway filled with steel, I’m pretty sure it might’ve fired a bullet.  My second favorite toy was a green machine gun that, was a plastic version of an AR-15. When you pulled the trigger, it made a sound as if it were spraying bullets. I was a skinny, scrawny, little dude, but when armed with these two bad boys, I was on an equal playing field when I played “Army” with the neighborhood kids.

The apostle Paul said that he “When I was a child, I talked like a child, I thought like a child, I reasoned like a child. When I became a man, I put childish ways behind me.” Like Paul, I grew up. I packed on a lot of muscle and engaged in martial arts training in Tang Soo Do and Tae Kwon Do. I grew to be a man who “knew how to handle himself.” But I grew beyond that. I converted to following Christ and his Way and as I’ve done so, I’ve pledged to (as that great gospel song “Down by the Riverside” puts it) “study war no more.”

Jesus rebuked his anxious disciples when they were scared for their lives in that swamping boat during a storm. He called them out for having little faith. Jesus said that those who live by the sword shall die by the sword. He taught us that if struck, to turn the other cheek (a form of nonviolent assertiveness and subversive resistance). He promised us that if we believe in him and his way, even though we die, we’ll be living life as it is meant to be lived. He rebuked Peter when he pulled out a sword and used it to try to protect Jesus.

And he allowed himself to experience the violence of capital punishment — state-sanctioned murder — showing us that he truly practiced the non-violence that he preached.

Then he arose from the dead and told his disciples that he’d leave them with a gift, the gift of the Holy Spirit – the comforter and advocate –- a presence that will comfort us in our time of need and intercede on our behalf. 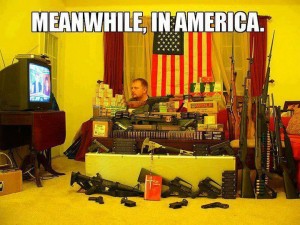 It’s hard for Americans in particular to receive this gift. We’re a nation born of violence and we glorify that violence every 4th of July. We’re a nation that enslaved and committed genocide against African “brutes” and Native American “heathens” with the point of the gun. We’re 5% of the world’s population yet we consume over 1/3 of the world’s natural resources. To protect “our way of life,” we spend more on our Defense Department than nearly all of the nations in the rest of the world spend on theirs –- combined, we have over 1,200 military bases stationed around the globe; and we have enough nuclear weapons to make the planet inhospitable to human life.

Turn the other cheek? Not use our swords? Let Jesus be killed? Carry our own cross? Trust in the promise of a Comforter? As Jesus’ first disciples put it,

“This is a hard teaching. Who can accept it?”

Well, I finally have. I finally got what Paul got, that “it is in dying that we live.”

Armed with this knowledge, I’m free to live life fully, without fear, and without the need for a gun. The early Christians knew this too, and even though they were violently persecuted, they stuck to their (lack of) guns, and the more they were persecuted, the more their movement took off and grew.

As I’ve continued to grow in Christ as an adult, there are times when I’ve stepped in the stuff that surrounds the manger, when I take that crazy quilt that my late grandmother gave me down from off the wall where I have it prominently displayed, and wrap myself in it to find solace and comfort and “a peace that surpasses all understanding.” 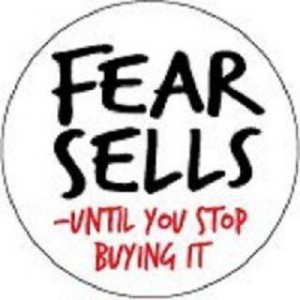 Friends, we have a choice to make. We can either fully receive this gift of Jesus’ teachings and his gift to us in making known to us the reality and on-going presence of the Holy Comforter. Or, we can reject them and exchange them for weapons and buying our kids bullet-proof backpacks – and feed industries that profit on fear.

We can follow Jesus — with all of the seemingly foolish vulnerability and risk that it entails, or we can be scrawny, frightened children who pretend that we’re God and have the right to take the lives of others even as we think we’re protecting our own. We can be Christians or not.

My prayer is that most of us will choose to wear God’s gift to us of “embarrassing hand-made clothes” and wrap ourselves in the comfort that comes only from God instead of buying an arsenal of lethal toys. One way leads to life, the other to death.

Oh well, Jesus did say that his way was a narrow one. 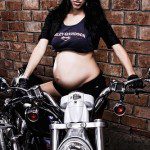 March 5, 2013 Spiritual But Not Giving a Damn
Recent Comments
0 | Leave a Comment
""Instead of presenting God as a dictator or monarch who calls the shots, panentheism understands ..."
BrotherRog Groovin’ With God – beatnik process ..."
"The Church is not in any danger of dying. Matthew 16:18And I tell you, you ..."
Bob Shiloh 10 Ways Churches Could Bring Us ..."
"Agreed, and none of the people who wrote the canonical Gospels met the historic Jesus ..."
Roger Wolsey A Pickle for Progressives & Paul?
"I disagree. Most leave their Church, Organization or Group because they discover their beliefs are ..."
Bob Shiloh Why America isn’t a Christian Nation.
Browse Our Archives
Related posts from The Holy Kiss