Mardi Gras, Sodomy, & Us: the sodomites among us – tend to be us. 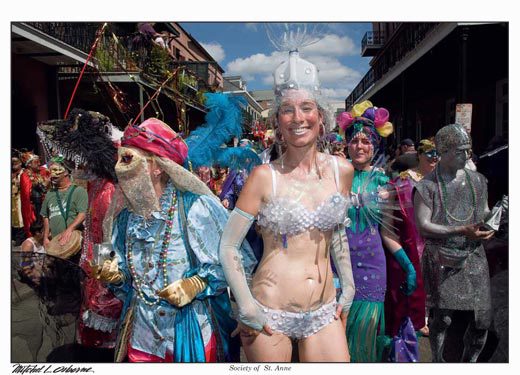 The day before Ash Wednesday – the beginning of Lent. A time for living with passion, vim and vigor, and for zealously sucking the marrow out of life. It’s also a time when some folks feel a need to wag their fingers. I’m feeling moved to wag a finger of my own – at those who tend to do the finger wagging. The following article is one of my favorites that I’ve ever come across. I found it 8 or 9 years ago in The Wittenberg Door Magazine. It was written by a former Republican lawmaker who was repenting of his sins of sodomy. (That website is no longer administered and is seeking people to help run it). – Roger Wolsey

“What’s Mine is Yours”

Confessions of a former Sodomite

Angelic beings are rarely politically correct. The angels visiting Lot didn’t wait around to file a sexual harassment lawsuit when the men of Sodom tried to pinch their booty.

They just struck the suckers blind. All of them. And they didn’t even stop to check with God about it, either. Later God blew up the city. The Sodomites must have been very evil indeed, everyone agrees. But be forewarned. This story will come back to bite you.

The truth is, you don’t have to proposition an angel to be a Sodomite. Simply turning your back on the poor earns you that label, according to the wisdom of the ancient rabbis.

Now wait a minute, you’re thinking. Isn’t this line of reasoning just typical example of liberal obfuscation to blunt criticism of homosexuality? If only it were that simple, dear reader. (Obfuscation itself is illegal in several states, by the way).

Clearly, the account in Genesis tells how a group of Sodom’s finest citizens thought nothing of trying to force Lot into turning over his angelic house guests for the crowd’s sexual amusement. But that was just a reflection of a deeper and more widespread corruption, according to Talmudic commentary. (Yes, kids, its time for more Talmud stories.)

Sodom was infamous for being inhospitable, money-grubbing, prideful and selfish. And from God’s point of view, there’s a little bit of Sodom in all of us.

“The one who says, ‘What is mine is mine, and what is yours is yours.’ This is the average person.

“The one who says, ‘What is mine is yours, and what is yours is mine.’ This is the simpleton {and most of The Door’s readership–Editor}.

“The one who says, ‘What is mine is yours, and what is yours is yours.’ This is the saintly person.

“The one who says ‘ What is mine is mine and what is yours is mine.’ This is the wicked person.”

But then, incredibly, one rabbi offers an opinion regarding the first example, the average man. “This one is the Sodomite.” (see Mishnah, Avot 5:10)

Why the average man, and not the wicked person? His slogan could be taken directly from America’s corporate mission statement–”What is mine is mine and what is yours is yours.” An even playing field for entrepreneurship, democracy and civic cooperation. What could be bad about that?

Jesus’ words in the Book of Revelation gave us a hint why such an attitude is so corrupt: “I would thou wert hot or cold.”

The Sodomite slogan allows us to separate ourselves from community, use people, dismiss those in need, and abdicate any responsibility for being our brother’s keeper.

As a recovering Sodomite, I know.

I ran for the Texas Legislature back in the ’60s as a conservative Republican with practically no compassion for the poor. I despised them. I believed their problems were caused by laziness or some other uncorrectable character flaw. I justified my own greed with the “trickle-down” theory. Later, in a more compassionate mood, I served on the board of directors of the War on Poverty.

But I found the problems of the poor defied all the political solutions.

After I became a believer, our Christian community adopted a vow of poverty that echoes the attitude of the saint described in the Talmud. “Whatever I own that you need to own, you can have. Whatever you need that I don’t have, I’ll help you get.”

The attributes of Sodom are described in Ezekiel 16:49: “…pride, fullness of bread and idleness, neither did she strengthen the hand of the poor.” Whenever the church abandons the poor, she turns into Sodom, and invokes God’s wrath. That’s why Jesus said “The poor you will always have with you.” Without a place to give, we would be sucked into the black hole of self-seeking.

Sodom was the most beautiful of cities, populated by successful people, the best of the best. That’s why Lot chose to live there. It could have been any gated community in any American suburb. It probably had a great school system. It offered the most promising future for his children. It was safe. In Sodom, what’s mine is mine, and what’s yours is yours.

One poignant Talmud story captures the failure of political solutions to poverty with surprising clarity. Charity was forbidden in Sodom because they believed it encouraged the proliferation of beggars. One day a beggar entered Sodom and approached a shopkeeper. He gave the beggar a small bar of gold, but first inscribed his name on it. The next person did the same. But no one would sell the beggar any food. They only gave him more gold bars inscribed with their names. The beggar finally died, loaded down with a bag of gold he couldn’t use. When his death became known, each Sodomite retrieved his own gold bar from the beggar’s bag. In that way they experienced the “joy of giving” without the cost.

The poor don’t need our money, they need us to share our lives with them, our time, our homes, our skills and energies. Instead we give them money that buys nothing of real value.

Another story especially speaks to those of us who are tempted to deal with the homeless and the needy as “clients” of a professional charitable organization.

“Every visitor who came to Sodom was thrown into a bed. If he was tall, they put him on a small bed and hacked off his protruding feet. If he was short, they put him in a big bed and stretched his limbs out from head to feet until the dismembered body filled it up.”

The temptation is to judge the needy, try to fix them, force them into a mold, constrain them with superfluous rules or make them fit the agenda we plan for them. But that is the way of Sodom. Taken to the extreme, it leads to ethnic cleansing and a holocaust for those who don’t meet our standards.

The Talmud says Sodom’s final outrage was when a young girl was caught giving bread to a hungry stranger. She was tried and found guilty, stripped naked, daubed with honey and hung on a parapet of the city, where the bees consumed her. Her cry reached up to heaven, and God determined to destroy Sodom and its inhabitants.

“Although the people of Sodom were guilty of all the sins, their fate was sealed against them only because they refused to give alms to the poor.”

If Abraham had been able to find just 10 righteous men, Sodom would have been spared. Repentance is possible even in the cities of wickedness where we dwell. But the genuineness of our faith is determined by how we respond to those in need.

Roger here again. Let me be re-state what the Bible actually says about sodomy – adding in what Jesus had to say about it.

The Bible interprets itself re: Sodom in Ezekiel, “‘Now this was the sin of your sister Sodom: She and her daughters were arrogant, overfed and unconcerned; they did not help the poor and needy. They were haughty and did detestable things before me.” (16:49-50)

And Jesus himself supports the view that the sin of Sodom was their lack of hospitality and hesed (loving-kindness), “Do not get any gold or silver or copper to take with you in your belts— no bag for the journey or extra shirt or sandals or a staff, for the worker is worth his keep. Whatever town or village you enter, search there for some worthy person and stay at their house until you leave. As you enter the home, give it your greeting. If the home is deserving, let your peace rest on it; if it is not, let your peace return to you. If anyone will not welcome you or listen to your words, leave that home or town and shake the dust off your feet. Truly I tell you, it will be more bearable for Sodom and Gomorrah on the day of judgment than for that town.”  – Matthew 10:9-15

Folks, sodomy isn’t something that tea-bagging Republicans have a monopoly on. To the extent that we ignore the plight of the poor and oppressed in our communities and in our world

Now it should also be said that – even if one were to work with what has been mistakenly referred to as “sodomy” traditionally — sexual activity that isn’t specifically a human penis having intercourse with a human vagina — that doesn’t refer only to homosexuality. Many, if not most, straight couples engage in such activities ranging from oral sex to anal sex. Indeed, “sodomy” is against the law in many countries around the world and in many of the U.S. states. It’s illegal in 70 out of the 195 countries of the world (approximately 36%); in 40 of these, only male-male sex is outlawed. In practice, sodomy laws have rarely been enforced against heterosexual couples. If there were laws against hypocrisy – many legislators, courts, and prosecutors would be up for charges.

That said, I strongly urge us to use the term sodomy to refer to what it really is — oppressing and otherwise not giving a damn about the poor and the immigrants.

For those who wish to pursue these matters further, I recommend taking a look at pp.473-477 in Volume I (Genesis) of the New Interpreter’s Bible (Abingdon Press) and these documents too:

If you’d like to increase your concern for the poor, here’s a place to start:  CBS video story about homeless children in the U.S.

Just know that not everyone will appreciate your increased empathy, awareness, and concern. As Dom Helder Camara put it,

Folks, if we need to do any “wagging” at all, let’s take a lesson from our canine friends, let’s shift from wagging our fingers, to wagging our tails:

I’ll be shaking my tail-feathers   — and maybe try to do something to help some homeless people too.

May our zeal in celebrating this time of eating fattening foods and revelry be matched only by our active concern for the poor and oppressed.

(Today’s blog is a revised version of one that I had previously published on Patheos. This one is better) 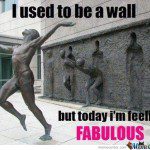 February 26, 2014
Our Sin of Hating Fabulous & The Death Throes of Homophobia
Next Post 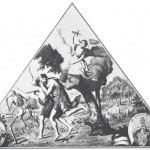