Our Sin of Hating Fabulous & The Death Throes of Homophobia 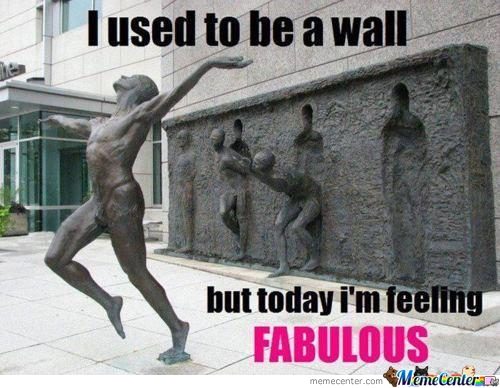 We hate people who are fabulous. We always have.

Cain killed Abel because Cain had sin in his heart – and because he was jealous of his brother offering a fabulous offering to God.

Joseph’s brothers hated him, threw him in a pit, and sold him into slavery because they had sin in their hearts  — and because they were jealous of their brother’s fabulous dreams and his fabulous, colorful (rainbow?) coat.

Emmet Till was beaten to death because his white brothers had sin in their hearts – and because they were jealous of their charming and dapper black brother for having such a fabulous whistle that made a white woman blush.

Matthew Shephard was beaten to death because his brothers were jealous of how fabulously their gay brother dressed – and because they had sin in their hearts, wanted to rob him for drug money, and panicked in a hateful rage when he touched one of them on the leg.

Many nations, states, and religions have criminalized homosexuality and denied gay people the right to marry and not be discriminated against. Why? It’s complicated, but what does it actually boil down to? It’s because they’re special. It’s because they’re fabulous – and many of us straight people of faith are jealous of those who are special and fabulous. Flocks of ducks have a long and storied history of rejecting beautiful swans as “ugly ducklings.”

No. The fact is we have sin in our hearts. We do hate homosexuality – and therefore those who engage in it and/or identify that way. And we are jealous of their being fabulous. Specifically, we hate people who are comfortable in their own skins, who accept who and Whose they are, and who embrace their faults and failings, as well as their greatness. We are jealous of those who have arrived — or who at least are on their way in ways that we realize that we aren’t.

Again, we can say that “God is opposed to homosexuality.” But, God didn’t write the Bible. Humans did. And humans are notoriously fallible. Numerous biblical scholars have debunked the twisted interpretations of the “6 clobber verses” that wrongly assert that the Bible is “clearly” opposed to same sex relations between consenting adults in the context of committed relationships. Moreover, the words “homosexual” and “homosexuality” aren’t even in the Bible. They aren’t found in either the ancient Hebrew or the koine Greek texts. Those words were inserted into a few modern English translations of the Bible – by fallible humans who have fallible agendas. They aren’t in the actual Bible.

In response, because we have sin in our hearts, and because we are jealous of fabulous, many of us have been denouncing such denominations as “fallen,” “back-slidden,” “false teachers,” “wolves in sheep’s clothing,” and as “heretics” who are “saying things that people want to hear to please their itchy ears.” But, the fact is – that we’re full of shit when we say such things. And we know it. And so does everyone else.

The fact is we’re the ones who have sin in our hearts and it is we who are fallen, heretical, and deviant of Jesus’ Way. We deny the Gospel whenever we judge others. We pound nails into Jesus’ body whenever we oppress our brothers and sisters who are different than us. We forsake the very faith that we think we’re following when we use “love” to reject love. Woe is us.

The good news is that we can repent. I did. I used to be homophobic. I used to be opposed to homosexuality, marriage for gay persons, and allowing homosexuals to adopt children. But then, I grew up. I realized how misguided, how unbiblical, and how flat out unchristian such views are. This didn’t happen solely because of going to seminary and learning about what the Bible really does – and doesn’t – say (though that was part of it). This didn’t happen solely because of my increased awareness of people who happen to be homosexual in my life — including a number of housemates, classmates, and colleagues (though that was part of it). And this didn’t happen solely because of becoming aware that over 1,5000 animal species exhibit homosexuality (including life-long pairings) at about 5-8% of their populations – the same rate that it’s found within the human species (though that was part of it). It happened primarily, because I came to both accept my own sinfulness – and my own fabulousness. I realized that I’m a straight man who dealt with an incompatible marriage by escaping to pornography (frequently involving lesbians). That marriage ended in divorce (a bitter-sweet, but loving gift to each other), and that divorce led me to rediscovering who I really am – including blooming into being a pretty dang good writer, poet, preacher, and father. I’m broken. And it’s because of my naming, accepting, owning, and integrating my brokenness that I’ve come to bloom into my fabulousness. Let me repeat that –

It’s because of my naming, accepting, owning, and integrating my brokenness that I’ve come to bloom into my fabulousness.*

(*This is the very thing that will cause some of you to love me – and others to hate me. But if you hate me, you’re really hating yourself and where you’re currently at in life. Think about it.)

The same is true for all people who’ve truly transformed and dared to move forward in life, leaping – limps and all.

Over the past few decades, numerous Christian denominations have shed their homophobia, dissolved their previously discriminatory polices, and have become officially pro-gay; i.e., fully welcoming, accepting, and inclusive of God’s children who happen to be LGBTQI persons. 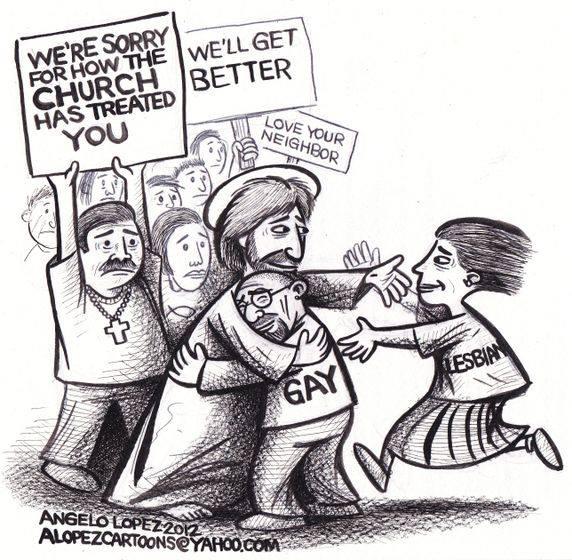 The U.S. military ended their “Don’t Ask Don’t Tell” policy of discriminating against homosexuals who bravely seek to serve and defend our country. If our historically homophobic and misogynistic military can revoke such policies, so can any human institution – any.

17 U.S. states have now legalized marriage for homosexuals – and it’s likely that all 50 states will do the same within the lifetime of most everyone who is reading this blog. It’s not a matter of if, but when. The Constitution is the basis for this and all courts will confirm this given enough time. That’s reality folks.

In response to each and every one of these advances of recognizing and adjusting to reality, there have been equal and opposite reactions. For every reformation, there has been a regressive counter-reformation. Progress that sticks doesn’t happen without a fight.

In response to the growing acceptance of the normalacy of homosexuality in the western world, certain fundamentalist groups have given up “the culture war” in the U.S. and instead have been infecting non-western nations with their homophobic brand of fundamentalism. (See: Scott Lively and his wretched work in Uganda and Russia)

But back in the States, over the past month, a rash of homophobic bills have been introduced into several state legislatures that would allow business owners and even doctors, to refuse service to customers and patients who they perceive to be homosexual. The Jim Crow laws of an earlier era were the last ditch effort to maintain racial discrimination and segregation in the southern states — and these new Jim Crow bills are simply the last ditch effort to maintain the illusion of a “normal, Christian, nuclear family.”

Heck, there was even a bill drafted to prevent gays from playing in NFL.

Combined, these bills are simply a sign that the ugly and sinful parts of ourselves are resisting the healing that we’re actually craving and needing.

This burst of bigoted bills is best understood as simply being the death throes of an archaic, antiquated, and ailing way of being American – and Christian. 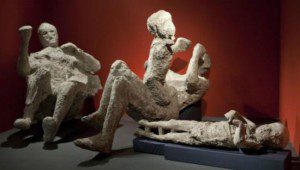 I invite us to simply view them as a toddler’s tantrum about giving up her teething binky or nook. They’re an adolescent’s acting out when he learns that his parents mean it when they tell him he’s being grounded for violating his curfew. 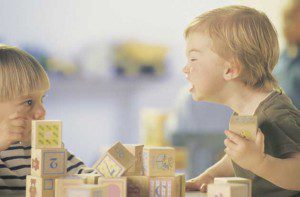 Ironically, they’re a drama queen’s cries of “I’ll get you my pretty and your little dog too!” — and what that really means is, “I’m melting!” — “and so is my illusory and unrealistic way of life that didn’t allow for the rich variety that is the actual human experience!” 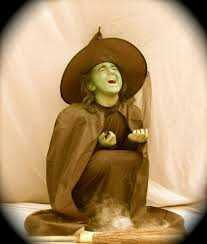 They are a legion of demons who are entering into a herd of squealing pigs and running head-long off of a cliff into the sea.

Let us have a moment of silence…

While, there is a part of us that would like to vengefully dish-back the discrimination that we oppose … 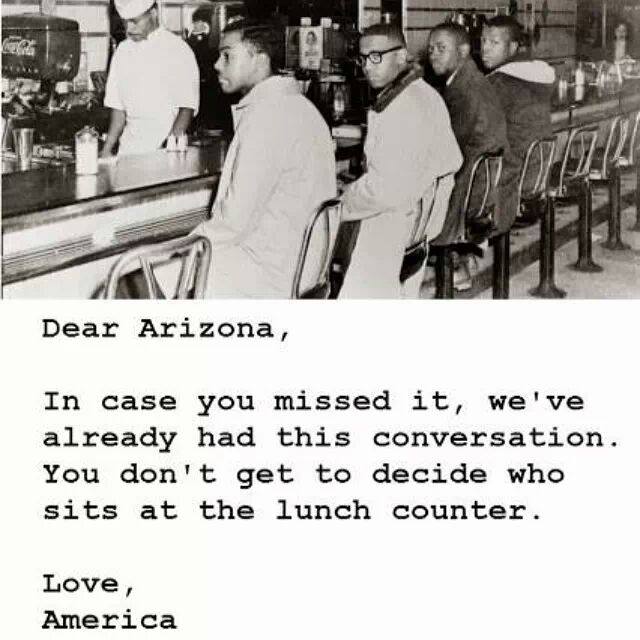 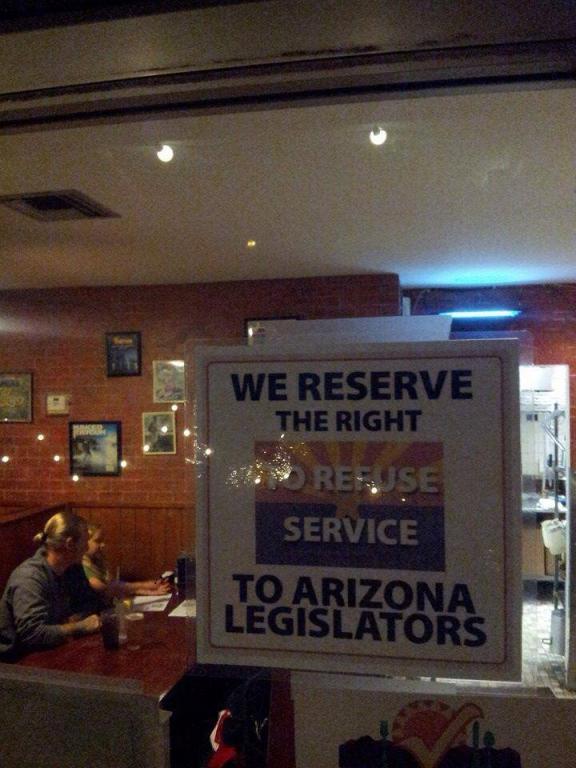 … an even better, and more Christian way, would be to post signs saying, “WE EVEN SERVE ARIZONA LEGISLATORS.”

Let us have compassion for the parts of us that are still stuck in the quicksand of privilege and the tyranny of the majority. Those parts of us are simply venting. They’re playing out their last desperate hands and hollering out their final rebel yells and culture war cries. Parts of us have long invested in that dysfunctional way of being — and it takes a while to evolve into the new way of being that is before us. Jesus has set the great banquet – and we need some time to wash up before we sit down for dinner.

A Pastoral Letter to the United Methodist Church
7 Ways to Find a Progressive Church
Donate to causes that are seeking to help Christians grow out of homophobia and to fully embrace God’s children who happen to be LGBTQI:
Reconciling Ministries Network; Soul Force; Believe Out Loud

See you at dinner. 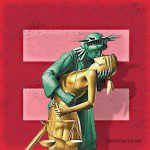 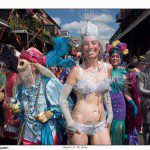 March 3, 2014 Mardi Gras, Sodomy, & Us: the sodomites among us - tend to be us.
Recent Comments
0 | Leave a Comment
Browse Our Archives
Related posts from The Holy Kiss