To Hell with Hell. 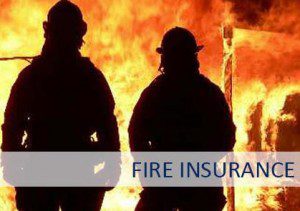 The modern English word Hell is derived from Old English hel, helle (about 725 AD to refer to a nether world of the dead) reaching into the Anglo-Saxon pagan period, and ultimately from Proto-Germanic *halja, meaning “one who covers up or hides something”.[2] The word has cognates in related Germanic languages such as Old Frisian helle, hille, Old Saxon hellja, Middle Dutch helle (modern Dutch hel), Old High German helle (Modern German Hölle), Danish, Norwegian and Swedish helvede/helvete (hel + Old Norse vitti, “punishment” whence the Icelandic víti “hell”), and Gothic halja.[2] Subsequently, the word was used to transfer a pagan concept to Christian theology and its vocabulary[2] (however, for the Judeo-Christian origin of the concept see Gehenna).

Some have theorized that English word hell is derived from Old Norse hel.[2] However, this is very unlikely as hel appears in Old English before the Viking invasions. Furthermore, the word has cognates in all the other Germanic languages and has a Proto-Germanic origin.[3] Among other sources, the Poetic Edda, compiled from earlier traditional sources in the 13th century, and the Prose Edda, written in the 13th century by Snorri Sturluson, provide information regarding the beliefs of the Norse pagans, including a being named Hel, who is described as ruling over an underworld location of the same name.

Jesus didn’t speak of Hell, but rather, of Gehenna, as a potential punishing realm for those deemed unworthy. Gehenna was the name of the burning garbage pits outside of Jerusalem. Jesus was speaking in hyperbole in such instances – as a teaching tool to help some people be motivated to do right in this life; i.e., as a metaphorical stick. That said, he rarely spoke about “the stick” and spent far more time offering “the carrot” – describing the kingdom of God/Heaven and the merits and blessings of living in godly ways that demonstrate we’re living “kingdom lives” in God’s beloved community and realm.

“The truth of the matter is that there is not one single word in the Hebrew and Greek Manuscripts of the Bible that means hell. …hell is a man-invented, pagan, unchristian, heretical belief that was first embraced and christianised by Roman Catholicism, and incorporated into the Bible by Jerome through his Latin Vulgate in the early history of Christianity.“

As a Jew, Jesus likely believed that human souls go to “sheol” – a nebulous, ethereal, and neutral realm that is thought to lie beneath the surface of the earth. Sheol being the place where all souls reside/rest/sleep until the judgment day where, in the Christian case, “Jesus returns to judge the quick and the dead.” But even those who go to hades, according to Revelation, don’t experience “eternal suffering” as “hell” itself becomes swallowed up and obliterated.

That said, I – along with many other Christians – am agnostic about the afterlife. I don’t know if there’s a heaven or a hell. I rather suspect that the only hells that exist are the ones that we create and allow at this time.

I don’t follow Jesus in order to go to heaven when I die — or conversely, to avoid going to hell. That’s a cheap form of faith that is really nothing more than fire insurance. I follow Jesus here and now for the sake of experiencing salvation (which means “wholeness” and “healing”) here and now – and to help others do the same.

To the extent that I think that salvation has anything to do with what happens after we die, I believe in universal salvation. William Barclay wrote a classic essay arguing for this showing how this is biblically based. See: “Why I am a Convicted Universalist”

For many progressive Christians, going to heaven after we die, isn’t the cake, it’s merely the icing on the marvelous cake that is life’s majestic pageant here and now. We’re called to live kingdom living lives – now – trusting that whatever happens afterward will take care of itself.

(adaptations from Chapter 7, “Heaven & Hell  & what about all those other religions?“, in the 398 page book “Kissing Fish: christianity for people who don’t like christianity“)

p.s. To those who say that it’s important to hold fast to Jesus’ teaching about “eternal” life. It is my understanding that the koine Greek word (perisson/perissos) that is often translated as “eternal” in English also means “abundant/full” and so it’s as much about a state and quality of being as it is about time. With this in mind, I tend to emphasize our invitation to experience abundant life by following the way and teachings of Jesus. 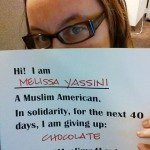 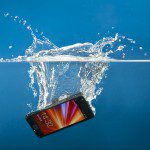