Why they killed Jesus.

The Romans didn’t kill Jesus because he performed miracles or healed people on any day of the week. He wasn’t killed because he taught (or criticized) spiritual truths or religious practices. They executed him because of his subversive politics and his perceived threat to the stability of the Palestinian region of the Roman empire.

They killed him for his work in organizing a labor movement of disgruntled Galilean fishermen who were sick and tired of being oppressed by unjust Roman taxation. They killed him because he dared to disturb the peace of the “Pax Romana” by causing that ruckus at the Temple courtyard seeking to “reclaim it” from those who were colluding with Rome. They executed him because he was proclaiming a rival empire – a kingdom (literally an “empire”) of God – and their perception of him claiming to be the true King of the Jews – and their perception of that as calling for a coup d’état in Israel.

They executed him because his followers were viewing him with the political terms of “Lord,” “Son of God,” “Lord of lords,” “Prince of Peace,” and “King of kings” – instead of Caesar who had been claiming those titles for himself. Jesus didn’t die to appease God, he was killed by those who who worshiped Caesar as god.

In sum, Jesus’ execution was the inevitable consequence of someone living so radically, loving so unconditionally, and teaching so many subversive and counter-cultural things that defied the ruling powers that be — esp. after the disturbing scene he caused in the temple courtyard where he called out the hypocrisy and collusion of the temple leaders and Rome. Authentic Christian discipleship should come with a warning label.

Jesus was, however, willing to receive the worst that Rome could dish out in order to show how the worldly myth of redemptive violence was ultimately impotent – and that the way of redemptive non-violence has the power to change the world.

p.s. The top two subjects that Jesus spoke about most were politics and economics – proclaiming and describing the subversive kingdom (literally “empire”) of God; and money and our relationship to it. 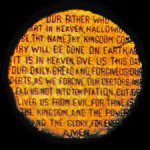 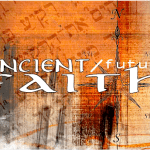