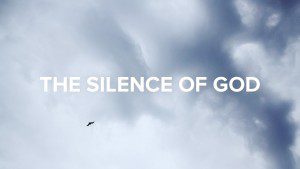 Most of my attempts to connect and relate to God – involve silence.

And most frequently, not much more than that.

I sometimes wonder if there’s really much difference between seeking to connect to God – and not seeking to. Similar experience and results.

That said, while similar, they’re not exactly the same. They’re very close, almost too close. So close that atheists (and agnostics, and struggling believers like myself) don’t tend to see meaningful difference. But, at times, I do feel the difference.

I suspect many, most?, people have a similar experience if they’re being honest. And if we’re being honest, most all of us, including introverts, tend to not be a-okay with silence. Not with pure silence. It makes us aware of ourselves. Too aware. Of our struggles, of our hurts, our wounds, and  how we tend to squirm in the midst of it.

It’s especially hard in our go-go busy, be productive, need to do things, need for instant gratification, self-avoidant, God-averse culture.

Two movies come to mind. Martin Scorsese’s new film adaptation of the Shusako Endo novel “Silence” and how it depicts God working patiently through the created order (including us and our human imposed chaos and traumas) to bring about Divine intentions – to woo love, hope, truth, forgiveness, mercy, justice, peace, serenity, and beauty into this broken world. God is at work in the subtle. We notice and appreciate the subtle by spending time in situations that are conducive to such noticing.

There’s also an excellent Australian film, “Charlie’s Country” that’s currently on Netflix. It depicts the quiet life of an Aboriginal man and the tensions involved with his interface with, and oppression by, Western society. He and his people naturally spend much of their days just being – in silence. Yes, there are times of festivity, ritual, and dance, but mostly – just being – in silence. Westerners may look at such a life as a dismal existence – without merit or value. As a parasitic leech on society. And yet, we’d do well to see that this natural state of theirs can also be ours. That we work hard in order to be able to take vacations in order to strive for such states, but we rarely get there due to our habituated lifestyles. Our default state in life is not to simply be. We are more human doings than human Be-ings.

In a way, dabbling in centering prayer or other contemplative practices, is harder, and more cruel, than to simply enter into a month or more long immersion experience. It’s like two teenagers or previously chaste newly-weds exploring sex together for the first few times. It takes time for the couple to learn to communicate, trust, and give themselves to each other in ways that are satisfying and enriching instead of feeling awkward, self-centered, or conflicted. Another analogy, it’s a lot easier, to get physically fit at a summer long Marine Corps Boot Camp, than to try to do it from the casual luxury of our usual routines – from our own homes in the midst of our normal lives.

It’s challenging for me to have a daily yoga practice. So I don’t. I do it about 2-3 times per week – and always with others. I simply cannot do it by myself. I was at my yogic best however, when I did a 10 day stay at an ashram where I did yoga twice a day with others – as well as ate high quality vegetarian meals in community too.

I can, however, sit in silence with God 10 minutes a day. I can do it an hour a day. I just tend not to. In reality, it’s more like 4 – 40 minute sessions per week on average.

I can relate to everyone’s struggles with this.

I take some solace in the proverbial story told about Mother Teresa.

I do notice that the days that I partake in Centering Prayer, I tend to be slightly more aware of God’s presence with me through-out the rest of the day. I’m slightly more inclined to notice and help people in need. My “God radar” is more sensitive. I tend to be kinder. More patient with people. More present.

There are times, however, when I feel Divine presence or Divine message. Sometimes both.

The messages I receive are rarely more than a sense of warmth or a feeling of being loved, of being accepted, of grace, of non-judgment. And to be honest, it’s often hard to feel that’s enough. It’s perhaps a bit like the tiny amounts of “manna” that the ancient Hebrews depended upon as food during the Exodus. Sufficient, but not particularly satisfying. Yet, as the Rolling Stones put it, “You can’t always get what you want, but if you try sometimes, you get what you need.”

Metaphorically, I think it may be a bit like Georgia O’Keefe and her relationship with “The Pedernal” – a certain mesa (flat-top mountain) in New Mexico that she loved to paint. She said “if she painted it enough times, it might become hers.” It’s hers. 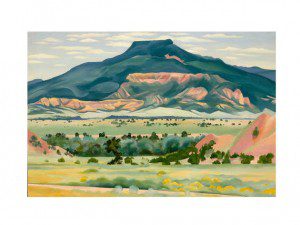 …I reckon I have something similar going on with God through centering prayer. If I intentionally sit in God’s presence often enough, I might get God. I may come to get that “a sense of warmth or a feeling of being loved, of being accepted, of grace, of non-judgment” – isn’t a consolation prize, it isn’t second best, it’s not something to have to make do with, — it’s everything. What more could we really want?

It’s easier as I age to be open to silence, to sit with stillness, to embrace the lack of lightening, to patiently wait for a still small voice, to be content with discontent, and

make friends with the blessed terror of holy silence.

The Sound of Silence – can be “disturbing.” And that’s okay.

—
Questions for reflection:
What is your relationship with Silence?
What’s it like? How does it feel? What does it cause you to do?
Please share your response as a comment. Maybe we’ll all hear different slices of God as we read through them. 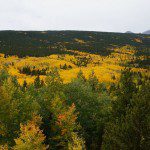 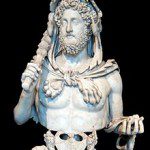 February 6, 2017 Not Nero, not Caligula - Commodus.
Recent Comments
0 | Leave a Comment
Browse Our Archives
get the latest from
The Holy Kiss
Sign up for our newsletter
POPULAR AT PATHEOS Progressive Christian
1