Let us be the Super in Supermoons. 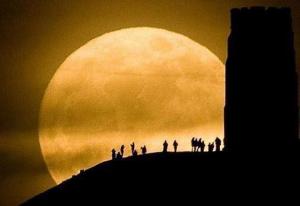 In honor of the supermoons that that will take place this year, and in the next few years, here’s a poignant message I shared in light of the supermoon back in November 2016. It still applies.
—-
Tonight the moon will look the biggest it will look – for decades. We’re having a Super Moon and at 6:22 AM EST tomorrow morning, the Earth will be the closest it’s been to the moon since 1948 and it won’t be that close again until 2034. So that means that tonight is the brightest lunar powered night we’re going to have for years …. and then, darkness.

This reminds me a bit of the mood we’re feeling in America. Some of us are sensing nothing but doom and gloom on the horizon. We especially are concerned about persons who are part of minority groups that tend to be oppressed – our GLBTQI friends, our Muslim friends, our immigrant friends, our black friends, and our friends who are women who’ve been traumatized by sexual assault or harassment. We think also of those who are urgently concerned about human aggravated global warming and how building more coal burning power plants will only hasten the day where we finally destroy our environment.

I came across a poem today that struck me. It’s an old one from the 17th Century. It was written by a samurai warrior named Mizuta Masahide. “Barn’s burnt down. Now I can see the moon.”

Wow. That’s quite a powerful perspective to have. A surprising one. An almost content and hopeful one.

I’d like to invite us to ponder that as we listen to this song by Cat Stevens: “Moon Shadow.” https://www.youtube.com/watch?v=hr0rDW5j1KU

I think it’s about the yearning or real and deep connection. It’s about
relationship. It’s about community.
Community and relationship is how we can face bad things – and face them well.

Paul’s 1st letter to the Thessalonians was written in a context of doom and gloom. The fledgling church there was facing staunch rejection from the Jewish leaders there, as well as persecution by the Roman empire. Paul’s advice to them (5:8-22) was to be loving, to support and uplift each other, to build each other up, to be there for one another – and to pray without ceasing and to give thanks in all circumstances.

He was recommending intentional community.

But did you see that? He was calling for actually giving thanks in ALL circumstances! How is that even possible?

John Wesley, the founder of the Methodist movement, went to the English colony of Georgia for a bit to try to do some evangelism. His trip was a complete and utter failure. On the ship-ride back to England, his ship got caught in a horrible storm and everyone thought they were going down for sure. Including a group of Moravian Christians from Germany. And yet, unlike everyone else, they weren’t fretting. They held hands and sang hymns. They actually seemed serene in the midst of chaos. Wesley wanted what they had.

What they had was the faith Paul talked about in in Athens – a profound knowing that God is the one in Whom we live, and move, and have our being. And again in Romans 8 – the faith where one realizes that nothing, not even death, can separate us from the love of God. So there’s no need to fear – anything. Ever.

And yet… it might strike us as somewhat glib. Like an empty platitude. We might say, “yeah, right. That’s all fine and well for a special mystic, but what about the rest of us? What about our very serious situation?!”

I think we all need to hear someone say, “It’s going to be okay.”

It is going to be okay – if we step up, show up, and struggle in solidarity.

The story isn’t over.

To my friends who are Female, Immigrant, Hispanic, Black, Muslim, GBLTQI, Unhoused, Mentally ill, those currently covered by Obama-care, those concerned about global warming, and/or differently-abled, I’m not going anywhere. I won’t flee to another country. I won’t rest in the relative comfort of my class and privilege. I will organize. I will redouble my efforts to pursue social justice. I will maintain hope and keep the faith. I will remember that the moral arc of the universe is long, but it bends toward justice. I will follow you into the dark – shine my light, and hold your hand.

The way we’re going to face and get through all that lies ahead and before us – is through intentional community, frequent hugs, and lighting each others candles in the darkness.

*We’ll not only survive, but thrive, by pledging to be the most powerful Super Moon – the world’s ever seen.*

Let’s reflect the light of the Son like we really mean it. Like we actually and really are people of faith.

And you know what? I mostly believe all of that. I mostly do right now. But in truth, there are times when I don’t mostly believe those things. You might be the same way. So, when I’m in a time of stronger faith and belief, and when you aren’t, you can lean on me and borrow some of my faith. And in those times when I’m not quite feeling it, I hope you’ll let me lean on you and borrow some of yours. We’re in this together. It’s the only way. 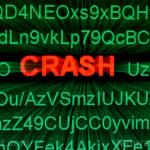 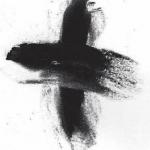 February 14, 2018 About those dirty faces.
Browse Our Archives
Follow Us!

Congratulations, President Trump: You Got Your...
Freelance Christianity
Related posts from The Holy Kiss

Economy or Empire? What We Build Next Starts...
Yes, the economy truly does matter – but how we are defining...
view all Progressive Christian blogs
Copyright 2008-2020, Patheos. All rights reserved.