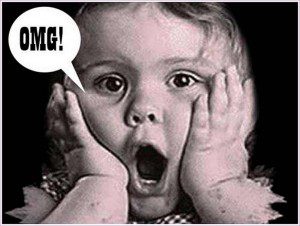 Someone recently asked me: “Can you please address the difference between God with a capital G and god with a lowercase g – and what the differences are and might mean?”

As part of my major in Philosophy in college, I took a course in Aesthetics – the philosophy of art. I recall writing a paper in that class about how people experience pieces of art differently depending if the artwork has been given a title or not. Art with titles tends to skew how we look at, take in, and interpret them. That stands to reason. Similarly, most modern translations of Bible include section titles that, while handy for helping us find passages of scripture we might be looking for, tend to distort and limit how we interpret those verses. For example, the periscope Luke 15:11-32 most frequently is preceded with the header “The Parable of the Lost/Prodigal Son.” While not “wrong” – that passage could just as easily be titled “The Parable of the Jealous (or oblivious) Older Sibling,” “The Parable of the Welcoming Parent,” or “The Parable of Unconditional Love and Hospitality”, etc.  Titles color our experience. 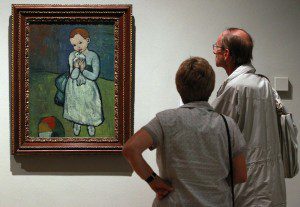 Similarly, how we employ capital letters and other forms of punctuation and articulation also influence our interpretation of texts. All of the books and letters in the New Testament were written in Pigeon “Pig-Greek”, koine Greek – using ALLCAPITAL letters with no spaces between words, and without any punctuation marks. All people who translate these texts into modern languages have to make educated, but ultimately subjective and arguably capricious decisions about where to start and end sentences, place commas or semi-colons, insert exclamation marks or question marks, etc. And, they need to make decisions about when to use capital G for God and when to use lower-case g for god.

In his philosophy of language, Ludwig Wittgenstein, after his stint with logical positivism, posited the concept that “meaning is use.” How a word is used by a group of people is what that word means. So “chair” isn’t necessarily referring to an item of furniture that is built for people to sit on. It can refer to a log or rock that people refer to as chair. It can refer to the person who runs a committee or board. And if some people start referring to a cherry pie as a “cherr,” and in time, they may say, “Please pass the chair” – and even spell it that way – and use “chair” to refer to any sort of pie or dessert. An outsider to that group will have to observe how that group uses words to discover what they mean to them in their contexts.

Setting aside the concern of how biblical scholars discern when to capitalize God, for me, there are certain differences in how I experience people using God versus god.

god, lowercase, is a word – a word that implies that we’re referring to a generic deity, or to one of many “false deities” that aren’t “the true” God; i.e., to one of the many gods that are not the God of Abraham and the 3 religions that worship him/Her.  god – lowercase- can also be a way of un-deifiying a loaded term, or at least toning down people’s baggage, triggers, and assumptions. Finally, “god” is also used as an expletive to convey frustrated aggression (“god damn it!” or as an exclamation that some people say when they are shocked, annoyed “god!”) – or are delight (“omg!”), or when they’re about to orgasm. That said as a progressive Christian, I think of all of the gods in all of the world religions as being different names and expressions of God. 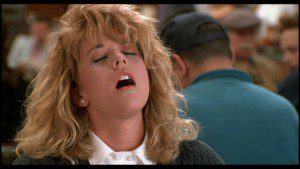 God with a G is the Word – and is a way of signifying we’re talking about the Creator and holder of All that is. God refers to the creative and dynamic force of the universe. God is that which lives in (is vitally present in), through, and with everything. Referring to God with a capital G often scares and angers people who don’t believe S/He exists. I suspect that such people sadly tend to equate God with the theologies of supernatural theism, substitutionary atonement, and jealous exclusivity, wrath, and judgment. God is something we are invited to confront and know and get into a relationship with – and relationships are daunting and difficult for many of us. That said, the god that Jesus described and modeled is the God – the god of radical inclusivity, unconditional love, unfathomable grace, and welcoming relationality. People often feel very close to God when they have sex too.

p.s. Similarly, in the title of my book, “Kissing Fish: christianity for people who don’t like christianity”, I intentionally used lowercase c – as Christianity with a capital C tends to be more triggering and off-putting to the wary, religion averse, Christian-allergic target audience I have in mind as the primary readers.

** If you would like to become a patron of Roger’s work as a spiritual writer, please click here to learn more. 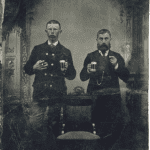 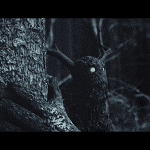 October 10, 2019 Dark Creature - a poem.
Recent Comments
0 | Leave a Comment
Browse Our Archives
get the latest from
The Holy Kiss
Sign up for our newsletter
POPULAR AT PATHEOS Progressive Christian
1

If you don't know who the...
slacktivist
Related posts from The Holy Kiss