Why America isn’t a Christian Nation. 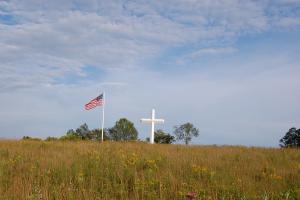 Newsweek recently published an article reporting that “52 Percent of Americans Say Jesus Isn’t God but Was a Great Teacher.” The article was based upon an article in The Christian Post which had the title “A Majority Of Americans Think Jesus Is A Great Teacher Yet Reject His Claims To Be God.”

I have several responses. First of all, Jesus never claimed to be God. No where in the scriptures does Jesus claim to be God – nor did he even claim to be the Son of God. The closest we come to this is what certain other persons (or demons) said about him, and Jesus doesn’t contradict them apparently allowing them to say what they think about him without challenging or correcting them. At most a tacit consent, but it is false for Christians to tell anyone that “Jesus claimed that he was God.” Indeed, in numerous places in the Gospels, makes a point to distance himself from God telling disciples that “only God is good“, etc. We also need to remember that beginning with Caesar Augustus, the Roman Emperors had been referring to themselves as God, Son of God, Lord, Lord of Lords, Savior, and Prince of Peace. Those were political terms and that a group of peasants from the eastern sticks of the empire started claiming that their executed teacher was those things, “Son of God, etc. – was subversive and it was the reason so many of the early Christians were crucified themselves. Jesus primarily referred to himself as the anthropos – which is generally translated as “Son of Man,” and means “Humankind/The Human One.” Many progressive Christians believe that Jesus is our portal to learning and experiencing who and Whose we really are. Jesus is the model and example who shows us how to be fully human, fully incarnating and manifesting our full, whole, abundant real selves.

As a progressive Christian, I pray to the God that Jesus prayed to, and I seek to model my life, as best I can with God’s help, in sync with the way, teachings, and example of Jesus. I embrace the moral example theory of the at-one-ment and, again with God’s help, I seek to follow the apostle Paul’s teaching to “work out my own salvation with fear and trembling” – knowing that ultimately, it’s a gift of grace. Along with our Quaker friends, as well as the Christian mystics, progressive Christians honor “that of God” within ourselves and each other. With this in mind Jesus was as divine as each of us are.

Many Christians are very loyal to the doctrine of the Trinity – yet that doctrine didn’t exist during Jesus’ life or in the first few hundred years after his death and resurrection. None of the first generation of Christians had heard of that doctrine nor any of the creeds. Some Christians are unitarians, and many progressive Christians who do embrace the trinity understand the Trinity as a beautiful Christian poem written by fallible humans that attempts to explain the loving relationality within the divine Mystery pointing to that which is beyond it and ineffable. Insisting that anyone understand it or subscribe to it in any particular way is not helpful to the cause of Christ – as no one can claim they understand a mystery the proper way.

Okay, all that said, someone I know responded to the Newsweek article saying, “The U.S. is no longer a Christian nation.”

My response to them is as follows: “The United States has never been a Christian nation. What makes us not a Christian nation isn’t a lack of a majority of peoples intellectual assent to certain religious truth claims. It’s because we were largely founded on people’s unchecked lust and greed for making money off the sweat and backs of others. It’s because we effectively committed genocide against the native peoples. It’s because we artificially accelerated our nation’s economic growth and rank among the nations through the immoral practice of enslaving fellow human beings. 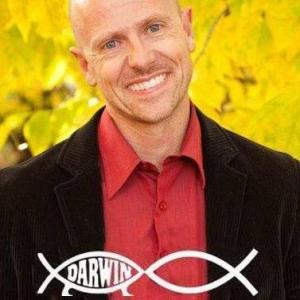 Rev. Roger Wolsey is a certified Spiritual Director, United Methodist pastor, and author of Kissing Fish: christianity for people who don’t like christianity  Click here for the Kissing Fish Facebook page  Roger’s other blogs on Patheos
Roger’s website
** If you would like to become a patron of Roger’s work as a spiritual writer, please click Here to learn more.
Previous Post 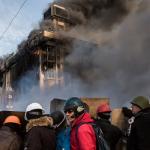 August 27, 2020
It's Time for White Agitators to Stand Down.
Next Post 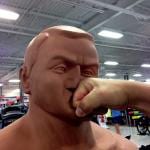 March 23, 2021 America's Needed 1-2 Punch.
Recent Comments
0 | Leave a Comment
"See also this powerful six minute video clip. Testimony of a military veteran about the ..."
Roger Wolsey Why America isn’t a Christian Nation.
""Instead of presenting God as a dictator or monarch who calls the shots, panentheism understands ..."
BrotherRog Groovin’ With God – beatnik process ..."
"The Church is not in any danger of dying. Matthew 16:18And I tell you, you ..."
Bob Shiloh 10 Ways Churches Could Bring Us ..."
"Agreed, and none of the people who wrote the canonical Gospels met the historic Jesus ..."
Roger Wolsey A Pickle for Progressives & Paul?
Browse Our Archives
Related posts from The Holy Kiss