Bilingual Mass Never Quite Jives For Me: A Note on Translation

Yesterday’s Spanish debut was a direct response to posts, on Facebook and Twitter, covering the USCCB’s conversation about new media with Catholic bloggers. (Here’s a great recap by Leah Libresco, with links to other posts by Patheos bloggers who attended.)

I wasn’t able to attend, but I gathered that there was some data presented that indicated a disproportionate gap between English and Spanish language Catholic blogs relative to the demographics of the data. My reaction was straightforward: I decided to post a weekly contribution in Spanish, and began writing. You can expect one every week.

I was then advised to post a translation which seemed like a great idea. I’m about to embark on a major translation project, so I figured this would be good exercise. Plus, who wants to exclude anyone, right? It didn’t work out that easily.

That nonexistent translation is what this post was supposed to be.

Instead, my mind wandered to my many years as a music minister in bilingual parishes, mostly in West Texas. Bilingual liturgy is incredibly hard to plan and even harder to execute. Those doing it must be absolutely fluent in both languages. It easily becomes awkward and tense even among the most well-intended. It can get adversarial too. I don’t know why. When there are not so well-intended parties, things can become downright nasty, hostile even.

The only suitable liturgy for a multilingual congregation is a Latin Mass. Period. For Roman Catholics, Latin is our official language. I always wonder why some Catholics in the US are so militant about English when their true mother tongue is (or ought to be) Church Latin. 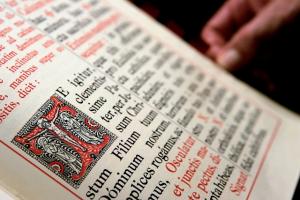 When it comes to Mass, I don’t care about the linguistic or semiotic element. It’s about aesthetics. Bilingual liturgies strike me as cheap forms of inclusion that often become forced and lose more than they gain. They’re often clunky, sloppy, and ugly.

I know, I know: it is welcoming to be bilingual. Yes. But it can also be VERY patronizing, to either side. Like those awful ecumenical services.

Bilingualism and trilingualism are fine, as long as we’re talking about bulletins and signs and maybe even announcements. But for liturgy, bilingualism never quite works out. Better to have one or the other, regardless of what language the faithful speak. Unless vast majority of the faithful speak both languages. That’s an entirely different situation.

I’d rather have Mass in French or Polish or Basque than have a bilingual English/Spanish Mass. Or Greek, or whatever. Mass in tongues if you please. And of course Catholics should value multilingualism. Think of our pontifical examples, they speak tons of languages. We should emulate that. This is not trying downplay that aspect of things.

For whatever reason (I’m told it’s in the spirit of Vatican II) Catholic liturgy has acquired a toxic democratic sensibility. Everyone needs to have a direct, participatory role. Don’t exclude anybody. Don’t leave anyone alone. No time to pray, we need to DO or SAY or SING something. This is a huge mistake. Worship is not a political process and certainly not a democratic one.

Catholic liturgy is a structured, sacred dance; and good dancing requires total submission to authority. This is why hippies can’t dance. That’s why they flail around, obnoxiously, off the beat.

It is hard to translate what I wrote yesterday, I suppose, because I fear that translation has become a false solution. And I don’t want to contribute to the problem.

First: all Latinos do not necessarily speak Spanish, although many do in the US. Second: the one’s who do speak Spanish do so in dialects that vary to the point of seeming like different languages. Listen to an Argentinian talk to a Puerto-Rican. Crazy different. (Kind of like a Louisianan speaking to a, well, speaking to just about anyone.) Third: what is missing in the US is not so much a common language — we’re missing a common Catholic culture. Fourth: many Latinos are losing this culture, they are losing their religious heritage along with everything else, in exchange for the secular protestantism the of US. Including our often secularized and protestantized Catholic liturgies.

There is no Catholic culture native to the US, it’s all imported. We’re not Mormons. The first Catholic imports to the Americas came in Spanish, from Spain. And, of course, Latin was the tongue of the liturgy then, not Spanish. Nonetheless, when we see our geopolitical situation through a Catholic lens, Hispanic culture is impossible to miss.

This is what I wrote about yesterday: Latinos have a cultural gift to offer the Catholic Church in the US — the gift of Catholic culture. Sure, there are many others: Irish, Italian, Polish, German, and so on. There are also our Eastern brethren. But Latinos right now have the most immediate, fresh, and obvious folklore available. As I said, in some parts of the country they’ve had it for hundreds of years.

As I said before, the Latin mass is the best solution to bilingualism. I’m no traditionalist, but I do appreciate the fact that an incomprehensible Mass allows me to be present and to worship. This gets to the root of my problem with translation: it is impossible sometimes. Or just unnecessary. Not all the time. But today it is.

My series in Spanish may turn out to be another token gesture, a cheap and patronizing quick fix. But let me be clear: I am not trying to fix anything. I don’t really care what language we use to transact communication. I just happen to have two at my disposal. At the exact same time, I love the Spanish language, and all the romance languages, because it is so close to Latin. It has a certain warmth. It sings and moves and is splendidly simple. Tolkien felt a similar affection. He once said that his esteem for Spanish “is more like the appetite for a needed food.” So there. It’s complicated.

Back to the USCCB:

The reason the USCCB should want to reach out to Latinos in the US is not to include them or to be nice to them. And certainly not to use them. (As the donkeys and elephants are trying to do these days.) We should reach out to them from what we, as an Americanized whole, lack: Catholic culture. You don’t need to learn Spanish or attend Posadas during Advent or kiss your crossed thumb and index finger at the end of your Sign of the Cross. What I am more concerned about is the fact that I carry traditions and memories that are Catholic, first and foremost, but manifest themselves in a dark-skinned Virgin — Virgen Morena — and these riches should be shared, especially in Catholic parishes that feel more like country clubs than sanctuaries. 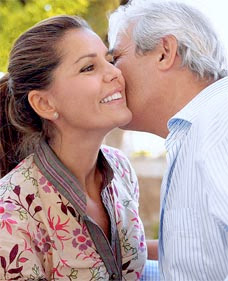 In my Mexican heritage, we say hello and goodbye with a kiss and an embrace, with tenderness. We touch each other. This intimacy is the basis of culture. Proximity. That is what I wrote about yesterday. The best way to translate it would be to go and feel the warmth, and perhaps the nervousness, of greeting someone that way, regardless of their language.

This was all spurred in me by a beautiful old man I met in Chicago. A Byzantine Catholic from Lebanon. As we walked and talked he was constantly holding my arm, using me for support or pressing my arm to emphasize his point. He spoke of how Americans need to learn to be close to each other; how paranoid things are here compared to the Mediterranean. And yesterday, after I posted my essay, I received a reply from a woman in Mexico City, lamenting the same problem there.

Forget bilingual Mass. We need to kiss each other instead. 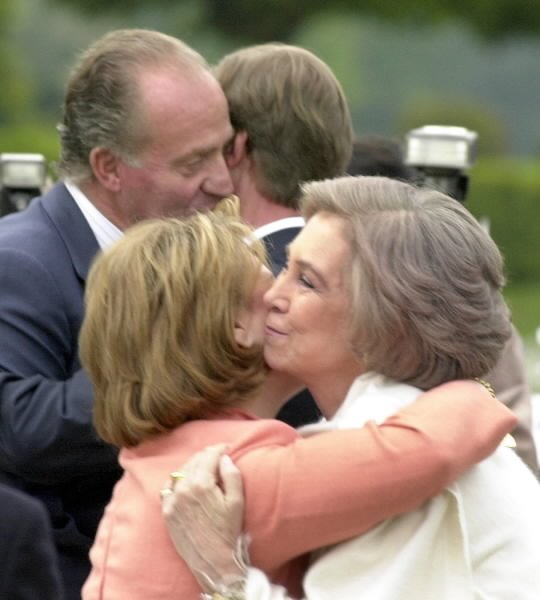