Fr. Pavone Places Human Corpse on Altar, an Offering to the Idol of Trump

Patheos Explore the world's faith through different perspectives on religion and spirituality! Patheos has the views of the prevalent religions and spiritualities of the world.
Patheos Catholic has widely reported on Fr. Frank Pavone’s recent stunt where he used the naked human corpse of a late-term abortion as a prop for a photo op and video on the Priests for Life Facebook page. In this case I strongly reccomend not finding the source material.

This was a human body placed on an altar with candles lit around it in a last minute attempt to rally votes for Donald Trump — all orchestrated by a Roman Catholic priest.

There is a dark and macabre sacramental inversion in this. It would not be crazy to call it demonic. Nor would it be theologically out of line to see Fr. Pavone as another demonic example of the line of cultural warrior priests that includes Maciel and Corapi. I stake my own theological mandatum on this.

Furthermore, this is a literal example of a Catholic priest making an offering to the idol of Donald Trump. Fr. Pavone used the ancient Hebrew ritual and Christian sacramental heritage, the imaginary of the source and summit of the Catholic faith, to display a naked, dead body of a human being as a way to dramatize the need to vote for Donald Trump in the last days of the US election season.

“By their fruits you shall know them.” 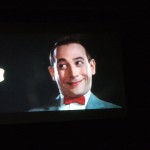 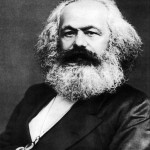