Psychology and the religion-science conflict: Part 2 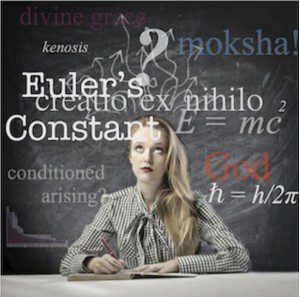 Having learned more about how everyday people handle the so-called “religion-science” conflict, psychologist Cristine Legare (University of Texas at Austin) and philosopher of religion Aku Visala (University of Oxford) now aim to use their data to critique and inform the standard philosophical approaches to this issue. Philosophers typically, at minimum, categorize religion-science approaches in three ways: conflict, independence, and reconciliation. Legare and Visala find that so few people actually adhere to the first two that only reconciliation plausibly coheres with human cognition.

Before diving into the different approaches to navigating religion and science, the psychologists first take a closer look at what the words “religion” and “science” mean. They admit that no one agrees on definitions for these words, and so they do their best to define the terms usefully but not naively. Generally, they associate “religion” with “supernatural explanation” and “science” with “natural explanation.” Of course, they recognize that this simply defers the problem, and they then try to define these terms, again recognizing that no one agrees on what exactly “natural” means in contrast to “supernatural.” For instance, is the soul natural or supernatural? One could argue for its naturalness by saying that all living organisms have a life force and thus a soul, but one could also argue that neither the “soul” nor “life force” reduce to atoms, and thus they are not natural. As such, the psychologists define “natural” as referring to physical entities within space and time, and they define “supernatural” as referring to entities and relations not discoverable by science (but that may affect the physical world) and almost always involving intentionality. By definition, then, religion uses explanations that rely on non-physical concepts, and science uses explanations that rely exclusively on physical concepts.

Importantly, Legare and Visala note that any given explanation only works under certain contexts. That is, assumptions always underlay a question, such that any answer to it must address the question under the conditions of the question’s assumptions. To cite a famous example, a prison chaplain asked a prisoner why he robbed banks, to which the prisoner answered, “That’s where the money is.” Clearly, this answer did not connect with the assumptions underlying the chaplain’s question. Applied to the everyday person’s use of supernatural and natural explanations, then, these two types of explanations can coexist as answers to the same question under different background assumptions.

Having address these caveats of the difficulties in defining religion-supernatural and science-natural, and of pinpointing how exactly an explanation answers a question, the psychologists take a closer look at the only type of religion-science interaction supported by their data: reconciliation. As noted above, the vast majority of people simply do not see religion and science in conflict or as completely irrelevant to each other. Venturing into philosophical territory, Legare and Visala realize that they cannot foolishly hope to beat philosophers over the head with their empirical data because, regarding religion-science relations, empirical data only deals with what is while philosophy deals with what should be. Philosophers can wave their hand at the empirical evidence and conclude that most people do not reason well—why should philosophers care about how everyday people think about complex ideas?

The researchers answer, in short, by showing what psychology can contribute to philosophical discussions. While empirical data cannot poke logical holes in philosophical positions, it can nevertheless contribute to the discussion. For instance, figuring out why so few people hold to the conflict and independence approaches sheds much light on these approaches. Regarding the conflict approach, supernatural reasoning (reasoning without appealing to physical things or intentionality) may be a fundamental part of human cognition, and, if so, the conflict approach would demand relentless cognitive strain in suppressing this part of cognition. The conflict model only makes sense to people who see religion and science as not only providing answers to the same questions, but also to the same questions in the same sort of way (that is, with the same background assumptions); and this way must be physical since they reject the supernatural. Thus, while psychology cannot argue for or against the conflict model philosophically, it can provide the cognitive moves that make it possible and implausible – in this case, seeing all reality as physical, implying that all questions’ background assumptions must only consist of physical entities.

As for the approach that says religion and science have nothing in common and thus cannot conflict (the independence approach), it too makes excessive cognitive demands, which accounts for its rarity. It demands that supernatural (that is, non-physical) forces have no real impact on the physical world. A common independence approach sequesters religion in the realm of meaning and value, but the psychological data suggest that most people see meaning and value as a by-product, rather than as the core, of religion. Religious forces act in the world and give it meaning and value, but this acting stems from physical interaction. The independence approach, like the conflict approach, places unrealistic constraints on human cognition, forcing it to pigeonhole questions and answers rather than allowing questions to have a variety of background assumptions and multiple answers.

Not surprisingly, the authors conclude that, “From a psychological perspective, we propose that the total conflict model, the independence model, and the constructivist version of the reconciliation model are not supported by the psychological data.” They hope that philosophy can help psychology avoid reductionist interpretations of psychological findings, and that psychology can help philosophy by investigating the various background assumptions that make up the questions that everyday people must face. Furthermore, psychology can determine what viewpoints everyday human intuition deems plausible, which also can inform philosophical theories. One could say that, from the authors’ perspective, reconciliation between philosophy and psychology, rather than conflict or independence, seems the most plausible.

For more, see “Between Religion and Science: Integrating Psychological and Philosophical Accounts of Explanatory Coexistence” in the journal Human Development.

March 18, 2013
Psychology and the religion-science conflict: Part 1
Next Post

March 27, 2013 How WEIRD are you?
Recent Comments
0 | Leave a Comment
Browse Our Archives
get the latest updates from
Science On Religion
and the Patheos
Best of Patheos
Channel
POPULAR AT PATHEOS Public Square
1

The Little-Known Jewish History in the Heart of...
By Ken Chitwood Berkach lies in the bucolic borderlands between the German...
view all Public Square blogs
What Are Your Thoughts?leave a comment
Copyright 2008-2021, Patheos. All rights reserved.