Is science more “unnatural” than religion? 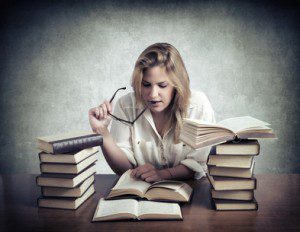 Robert McCauley, a philosopher and cognitive scientist at Emory University, thinks that religion is natural, but science isn’t. Such a claim could easily inspire all manner of outrage and uproar from both offended believers and irked scientists alike. But what McCauley means, as he outlined in a recent book – titled, aptly, Why Religion is Natural and Science is Not – is that religious beliefs arise from our basic, evolved cognitive predispositions and biases, while science is only possible when we struggle hard to overcome those biases. So is there any truth to his claim? Is religion just what human minds do when they’re being lazy?

McCauley’s claim stems from the well-established observation – articulated by writers as far back as Hume and Cicero – that humans are predisposed to intuit or perceive supernatural spirits in the world. Everywhere you go, people tell you matter-of-factly – sometimes using animated hand gestures – about their gods and spirits, from southeast Asian mountain sprites to New Age Scandinavian reincarnated souls. There are no human cultures that don’t do this, or something like it. So what’s the deal? Why does humanity appear to have a universal penchant for believing in spirits we can’t see?

Lots of smart people think the answer can be found in our social brains, which are the products of millions of years of highly social hominid evolution. Cognitive scientists reason that the single most important feature of our ancestral environments was always other people. We learned how to hunt and fish from others, for example. As children, we learned our language from others. They were our sources of protection, of camaraderie, or information. Without articulate and fluent knowledge of the mental lives of our peers, family members, and leaders, we would have been in Very Big Trouble indeed. So – the argument goes – our brains are hardwired to think, perceive, and plan in interpersonal terms, making us skilled at guessing the motivations and emotions of the people around us.

In fact, most cognitive scientists believe that our minds became so well-adapted to social living that we became prone to overestimating the social character of our world. We started to see “people” where there weren’t any people – faces in the clouds, intentions in the rustling of the trees, emotions in the rushing foam of river rapids. This tendency is what Robert McCauley (borrowing from another cognitive scientist of religion, Justin Barrett) calls “hyperactive agency detection” – a basic human predisposition to see more personality in the world than there actually is.

A lot of human thinking, of course, is for figuring things out – coming up with explanations for things. And, unsurprisingly, the types of explanations that our hyperactive social brains offer rely on the same logic you might use to pick apart a movie character’s motives. For example, to understand why Mr. Pink doesn’t tip waitresses in Reservoir Dogs, you have you have a theory of mind – a way of thinking in terms of intentions, goals, and motivations. This will help you create mental models of Mr. Pink’s motives and the reasons for his decisions.*

These social explanations are very different from the purely mechanical, or systemic, explanations we use to understand physical systems. If you try to figure out why your car isn’t running, you don’t (usually) think in terms of the car’s intentions and motivations. Instead, you think in terms of brute physical causality – the alternator belt is worn out, so the alternator isn’t working, so the battery has died. None of these steps involves any goals or motivations on the part of the car or engine. It’s all just pure, mindless physics.

But because of our social evolutionary origins, we often err on the side of perceiving goals and motivations in things, and of relying on theory of mind for understanding our world. In short, it’s easier for us to imagine a world full of persons than a world full of objects. This, according to McCauley, is an example of a “maturationally natural system,” or a default cognitive pattern that we tend to fall back on whenever we’re not trying too hard to counter it.†

McCauley believes that maturationally natural systems get at the core difference between science and religion – religion relies on them, while science shuns them. Since our minds find it easier to see the world in terms of persons and goals, religions often construe the world as being goal-oriented and animate. Meanwhile, science challenges our basic, gut-level assumptions by insisting that the world is not filled with personality and agency, that nature is not goal-oriented. Because this mechanistic view of nature goes against our basic cognitive predispositions, it takes effort to achieve it. Science, in other words, is hard. And religion is just what comes naturally.

But how realistic is McCauley’s vision? Tanya Luhrmann, a Stanford anthropologist and New York Times columnist, has argued in her columns and a recent book that modern American evangelical Christians work very, very hard to develop their spiritual senses – that prayer is work, in other words. Contrary to McCauley’s thesis, people don’t usually show up at the types of churches Luhrmann studies already able to blithely perceive and feel God in their everyday lives. Instead, the church community teaches its members how to pray, giving specific instructions on how to develop an ongoing interactive relationship with God.

Luhrmann, not herself a Christian, thinks that this enculturation process actually influences and alters people’s imaginative capacities, so that they become able to conjure up a realistic, convincing subjective experience of the divine only after significant practice and guidance. It is not easy to see God, according to Luhrmann. It takes quite a lot of personal effort and communally informed skill-building – which is exactly what McCauley argues about science. Science, McCauley says, depends on people in rigorous communities learning to think in ways that don’t come naturally.

If Luhrmann is right, it’s not clear that religion isn’t also dependent on mental exercises that train the brain to think differently. And the contemplative literature of the world’s religions suggests she may be onto something – St. Teresa of Avila, for example, wrote one of the most famous Catholic treatises on prayer, Interior Castle, as a guide for fellow nuns hoping to develop their spiritual abilities. She warns in the book that spiritual work is very difficult, and that it takes tremendous dedication and effort to successfully learn how to encounter God. Similar warnings are easy to find in Buddhist and Hindu scriptures, where meditation is not exactly characterized as a walk in the park with ice cream.

McCauley is almost certainly right that the human brain finds it easier to think in terms of personality and agency than in terms of mechanical causation. We’re prone to making predictable cognitive errors – something Francis Bacon already pointed out in the 17th century – and one of them is to see creatures where none exist.** But it’s not obvious that this tendency toward cognitive error explains everything about religion, or even most of it. Despite the fact that religiosity is apparently correlated with agential (that is, social) thinking, and that people with social-cognitive deficits, such as those on the autism spectrum, tend to be less religious than average, religion clearly does require significant work. After all, McCauley’s argument isn’t that religion is a social thing and science isn’t (although that would be an interesting book); it’s that religion rides our basic cognitive predispositions, whereas science counters them. If it takes serious effort to learn how to be religious, how to coax the brain into producing spiritual experiences, then McCauley’s argument may need some rethinking of its own.

McCauley and a number of other scholars have a nice little debate about his book over in the journal Religion, Brain & Behavior, which you can and should check out here.

* The reason is that Mr. Pink is a terrible person.

† It also explains why we often swear at our cars as if we think they can hear us: somewhere in the recesses of our evolved minds – not even very deep in those recesses, actually – we really think they can. We also think our cars have broken down on purpose, out of spite. And of course sometimes they have.

** Have you ever heard a twig snap in the woods nearby while walking back, alone, at night, from the outhouse in a campground? Yeah, that.

March 12, 2014
Big changes are coming to politics in America. Here's why
Next Post

March 31, 2014 Don't understand religion? Experiment with it.
Recent Comments
0 | Leave a Comment
"Seems like contemporary culture is attempting a bold experiment: let's hope that individuals will arrive ..."
connorwood Why Rites of Passage Are Painful
"What is the replacement on hand? This question is from a father of two teenage ..."
Kripa Why Rites of Passage Are Painful
"I think with hindsight we have to say that Trump enabled Putin's invasion of Ukraine ..."
Barros Serrano So Long, Pax Americana
"Connor, have you perused the Biologos website yet? Biologos is an organization largely of evangelical ..."
Heather G Mashal Faith and the Evolutionary Predicament
Browse Our Archives
Related posts from Science On Religion