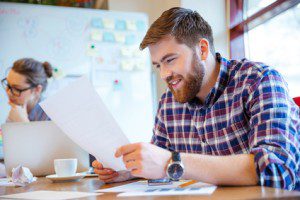 If you ever want to get seriously frustrated, I suggest getting advanced graduate training in religious studies. Why’s it frustrating? Because everyone thinks they understand religion already. Seriously, biologists don’t sit down next to strangers on airplanes, let slip that they’re biologists, and then find themselves subjected to a 10-minute lecture on their seat mate’s poorly informed ideas about cellular signaling pathways. But the equivalent happens to people who study religion all the time. You say, “Oh, I study ritual and religion,” and the guy next to you goes silent for a second, then leans forward to tell you in somber tones that religion is nothing but a tool for the rich to control the masses.* Or else he’s an Evangelical who thinks that he’s not religious – no, he has a personal relationship with Jesus, and that’s not religion at all. So in a world of people who think that their opinions about religion are just as good as actual knowledge, it’s relieving to be reminded that some people actually study religion. Here’s a look at three recent studies that use data, not opinions.

I got wind of these studies from a monthly research update I receive, called the IBCSR Research Review. It’s put out by the Institute for the Bio-Cultural Study of Religion, which I happen work for. I don’t have anything to do with putting it together. Postdoctoral fellow Joel Daniels and doctoral fellow Kate Stockly are the brains behind this monthly compendium of annotated abstracts. Each month, Joel and Kate conduct an exhaustive database search for key terms related to the scientific study of religion. Then they assemble all the research they find, and few days later, people who have signed up for the Research Review (which you can do here – it’s free), get the review in their inboxes as a PDF. If you want to keep up with the increasingly sprawling field of the scientific study of religion, this is a great way to do it.

This week, I thought I’d share some of the abstracts for recent, interesting research studies that were included in the most recent Research Review. I also made up the clickbaity headlines for the studies. My feeling here is, if there has to be clickbait in the world, why not make it about good stuff?

Getting Old Makes You Stupider, Unless You Do Tai Chi

The actual title of this research article in the journal Scientific Reports is “Tai Chi Chuan and Baduajin practice modulates functional connectivity of the cognitive control network in older adults.” Tai Chi and Baduajin (a type of Qi Gong) are both therapeutic Chinese martial arts whose purpose is less to help fighting skills and more to improve bodily, mental, and spiritual health. Tai Chi and Qi Gong are intended to improve the flow of “qi,” or vital life energy, through the body. These arts are also highly meditative, with slow and deliberate motions. The researchers in this study assigned older Chinese adults to either Tai Chi, Qi Gong, or control conditions, and tested subjects’ cognitive abilities through a memory test at the beginning of the study and again after 12 weeks of practice. They also ran fMRI scans of subjects at the beginning and the end of the study. As expected, they found that subjects who underwent 12 weeks of Tai Chi or Qi Gong training showed cognitive improvements relative to the control group. Interestingly, they also showed weakened neural connections between the dorsolateral prefrontal cortex (a part of the brain involved in executive cognitive function and control) and limbic areas of the brain related to emotional processing. The researchers concluded that meditative martial arts can help prevent cognitive decline in older adults by altering brain connectivity pathways. Neat.

Atheists Can Be Bigoted Too!

A team of researchers sat around brainstorming ideas in Poland. After clicking around the Internet for a few minutes, they realized that both dogmatic atheism and dogmatic religion could make people intolerant. Specifically, they hypothesized that both religiosity and atheism could provide comfort and assuage uncertainty, but also produce intolerance – specifically, intolerance of people who hold the opposite beliefs. So the researchers decided to test whether or not dogmatic atheists might be just as intolerant of outgroups as dogmatic believers. They used experimental manipulations to make subjects feel uncertain, reducing participants’ sense of having cognitive control over their own environments, sort of like the way you feel when you travel to a foreign country or try to read IKEA instructions. After being made to feel uncertain, both atheists and Christians reported more prejudice and intolerance toward people who held opposing worldviews. As anyone who’s ever witnessed an argument between a believer and a nonbeliever knows – or, for that matter, anyone who’s ever stumbled into an online comments section on practically any subject, from finding childcare in Omaha to the causes of World War Two – dogmatism of any kind can turn people into jerks. The original article abstract can be found here.

Rodin’s “The Thinker” Doesn’t Turn You Into an Atheist, After All

A few years ago, psychologists William Gervais and Ara Norenzayan published one of those eye-catching, headline-grabbing articles that can make an academic career. Specifically, they found that analytical thinking suppressed belief in God. This interesting effect held steady both for “trait” cognitive style (how analytically minded people are in their day-to-day lives) and for “state” cognitive style (how analytically minded people are in the present moment, usually because of a lab manipulation). Perhaps most arrestingly, one of their studies found that even looking at pictures of Rodin’s statute “The Thinker” made people temporarily less confident in their belief in God, compared with looking at a control image. Gervais and Norenzayan reasoned that “The Thinker” primed people with the concept of analytical thinking. This splashy result caught readers’ eyes and led to reams of media coverage. But the past couple of years have shown us that splashy results in academic psychology don’t always hold up to scrutiny. So a team of psychologists from Dominican University in Illinois recently conducted a replication attempt of Gervais’s and Norenzayan’s “The Thinker” study. To increase the reliability their findings, the new team collected data at three different sites – a Catholic university, a Lutheran university, and a community college – and pre-registered their protocol in a psychology database. They also massively increased the original sample size, from less than 60 to more than 900. Analyzing their results, they found that viewing “The Thinker” had no statistically significant effect on people’s beliefs in God. In fact, the only significant effect they found was in the opposite direction: at the Lutheran university, students who viewed “The Thinker” reported more belief in God. But this result washed out when combined with the results from the other samples. In sum, looking at pictures of fictional people thinking very hard does not, in fact, undermine religious faith.**

There are just three of several dozen recent studies included in the most recent IBCSR Research Review. If you want to stay abreast of what’s going on in the heady field of the scientific study of religion, then you can sign up for the Review here. Of course, doing so means that you’ll probably already know about most articles that I write up here at Science On Religion, because that’s where I get most of my ideas. But, nobly, that’s a price I’m willing to pay.

* Wow, Mr. Seat Neighbor! I’d never thought of that one before! Thank you for enlightening me! If only Marx or Feuerbach or Bellah or James had been lucky enough to sit next to you on this 1:35 pm Atlanta-Chicago flight before they sat down to write their books!

** To his credit, Will Gervais published a humble and informative blog post on this replication failure as soon as it came out. It’s good when scientists are willing to publicly acknowledge their mistakes. The world would be a better place if more scientists did that.

April 4, 2017
Is a global community really possible?
Next Post

Trump, the politics of fear and...
The Conversation
4

Trump, the politics of fear and racism: How...
Fear is very much a part of humans' survival, dating back millions...

Different faiths, same pain: How to grieve a...
A rabbi, a minister, and a Catholic theology professor reflect on how...

The Grace of Creatureliness: Technology, Disability, and Human...
by Eleanor McLaughlin, Lecturer in Theology and Ethics, Regent’s Park College, Oxford,...
view all Public Square blogs
What Are Your Thoughts?leave a comment
Copyright 2008-2020, Patheos. All rights reserved.