A Big Weekend in Boston 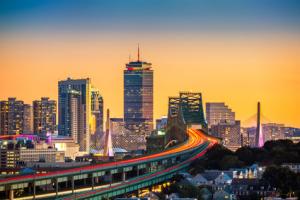 Religion is a complicated nut to crack. It encompasses some of the most private and personal human experiences as well as the most dazzling, public displays you’ll ever see. Many holy scriptures teach the equal value of all people, yet religious traditions serve as a fount of tribalism. There’s no getting around the contradictions. Fortunately, we can study some of the most puzzling aspects of religion objectively, using the tools of the human behavioral, cognitive, and evolutionary sciences. This is a fast-growing field, and this weekend the Center for Mind and Culture and I will be hosting some of its most influential leaders in Boston for a colloquium. From a meeting room with a sweeping view over the skyline in Kenmore Square, we’ll survey the last 20 years’ worth of research, exchange ideas, and try to decide what comes next.

The cognitive science of religion emerged in the 1990s, drawing on cognitive anthropology, evolutionary psychology, and then-burgeoning computational theories of mind to generate hypotheses about how religious beliefs, practices, and ideas might arise within the innate architecture of the human mind. Many of the scientists and thinkers in the classic cognitive science of religion took a “byproduct” view on the evolutionary background of religion, arguing that it served no special purposes and only resulted accidentally from the normal processes of human cognition.

At the same time, a growing movement in human ethology and human behavioral ecology began examining the potential adaptive functions of religion. Researchers asked, for example, whether religion might aid in establishing in-group cooperation. Cultural evolution specialists joined in, arguing that religion may have begun as a byproduct but since has been roped into adaptive functions by cultural competition. Cultures with better-functioning religions have tended to thrive and prosper, while those whose religious traditions didn’t. As a result, religions have been slowly “designed” by cultural selection over countless generations to become better facilitators of cooperation, to successfully arrange mating, to establish social organization, and to accomplish other key social group functions.

Questions abound: is religion really adaptive, or is it just a functionless byproduct – a kind of pleasing but useless “cheesecake,” as Steven Pinker famously claimed about music? If religion is adaptive, is it – or are some parts of it – actually adaptations, formed by biological natural selection? If cultural selection and biological selection both collaborated to give us our religious tendencies, how did they interact? Could religious capacities have resulted from evolutionary niche construction, where an organism shapes its own environment and then becomes adapted to that self-sculpted context over deep time? What do we even mean by “religion,” anyway?

That’s not all: there are always the critiques. Doing explanatory research in religion is inherently reductionist and insensitive. Evolutionary approaches to the human sciences are gristle for the mills of social oppression, race essentialism, and defending the status quo. Religion can’t be understood scientifically, because it’s intrinsically about faith, and faith is a personal, interior thing – thus, it’s fundamentally not amenable to objective analysis.

I won’t go much into my normal responses to these critiques here, except to say that I agree that scientific approaches are inherently reductionistic. What else could they be? That’s what science is.

I can’t speak for other evolutionary social scientists, but I’ve never thought for a second that scientific explanations are incompatible with empathic interpretation. This is why I have an oil portrait of William James hanging on my office wall.* James was a thinker who knew how to transition with perfect fluidity between ruthless analysis and sensitive, internal perspective-taking at a moment’s notice. I think we should all be like that.

When we piece apart anything with the fine tools of science – not just religion, but anything, stars, deep sea creatures, geodes, you name it – there will always be something left over, something not explained. That’s not because science is somehow incomplete. It’s because once you’ve categorized the star, labeled the geode, taxonomized the angler fish, there’s always still the brute face that you’ve experienced the star’s brightness or the geode’s color – that these things are items in your own conscious experience, with their own meanings in relation to other things you’ve experienced, meanings that aren’t necessarily reducible to a physical explanation for their existence.

So no matter how much we learn about religion as an objective component of the external world, people will still be religious, and their beliefs will have meaning. There will be a viewpoint from which religion is not an object of taxonomic or explanatory inquiry, but a lived reality. I don’t see why this is a problem. Explanation and phenomenology are only enemies, as far as I can tell, because some personalities are attracted to one, and other kinds to the other, and then these personalities gravitate to different academic departments that happen to compete for funding.

This has been a long digression. The point is that my I and my colleagues – regardless of whether they agree with my defenses of perspectival interpretation – are happily grinding out explanations and theories that intend to explain the aspects of religion that are amenable to systematic explanation. We have a vibrant field with lots of active research programs. And a good handful of us are meeting in Boston this weekend to take stock of where we’ve come from, where we are, and where we’re yet to go. Check in again next week for a report on the Synthesizing Empirical Findings and Theory in the Scientific Study of Religion colloquium.

* And, at home, a portrait of Mary Douglas in our dining room at home. Doesn’t everyone? 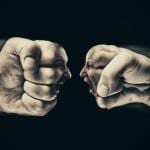 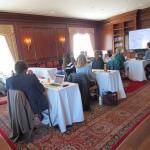 March 16, 2019 How to Do Interdisciplinary Work that Works
Recent Comments
0 | Leave a Comment
"I think with hindsight we have to say that Trump enabled Putin's invasion of Ukraine ..."
Barros Serrano So Long, Pax Americana
"Thank you for sharing you can download Spotify Premium APK completely free here : https://coimobile.com/spoti..."
cory coru day The Natural History of Music
"Connor, have you perused the Biologos website yet? Biologos is an organization largely of evangelical ..."
Heather G Mashal Faith and the Evolutionary Predicament
"...give it some reasonable thought, eh? While Russia commits an ongoing war crime against Ukrainian ..."
Michel So Long, Pax Americana
Browse Our Archives
Related posts from Science On Religion