The Coronavirus Outbreak Shows the Dangers of Social Hypercoherence 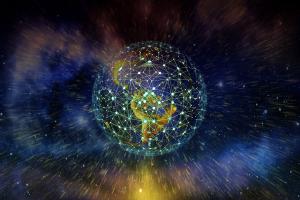 Globalization: it may be a 2000s buzzword, but it’s brought the world many benefits. Our consumer goods are cheaper than ever before. Surging industrialization has lifted billions worldwide out of grinding poverty. For a while, you could even get Starbucks in the very heart of Beijing’s Forbidden City (if that’s what you were into). But the last few years have also taught us that globalization isn’t an unalloyed good. One unique danger it poses is hypercoherence, or maladaptive syncing between independent parts of a complex system. With the rapid spread of the COVID-19 coronavirus around the world – and its risks for the global economy – we’re seeing firsthand some of the dangers of social hypercoherence.

Before mid-2015, it might have seemed that a fully connected and integrated world system was the ultimate safe bet. For well-to-do people living in hubs like Boston, London, or San Francisco, the world economy was humming, trade was prospering, and exotic destinations (Bali, anyone?) were only a quick flight away. A few quick taps on a delivery app could produce mouth-watering cuisines from just about any culinary region in the world on your doorstep in minutes. What wasn’t to love?

The first big threat to this cozily connected, cosmopolitan global culture came from populism, both of the left-wing and the right-wing varieties. In particular, with the stunning “Leave” vote during the UK’s Brexit referendum and the election of Donald Trump – Donald Trump! – to the presidency of the US, the structural integrity of the hyperconnected global system looked newly precarious. Borders started going up where previously they’d been coming down. Tariffs were adding friction to international trade, and resistance to mass immigration seemed to squirm out of the woodwork. We were going backwards, not forwards (if you were the sort of person who saw globalization as the inevitable future).

Globalizers have been fighting this battle ever since, hoping to beat back the tide of nationalism and protectionism so they can get back to the business of knitting the world ever closer together. They saw the populists voters’ disdain for global hyperconnection as a problem of external resistance, not a problem internal to globalization itself. But now, the appearance of a potential pandemic – facilitated by fast and easy travel – is revealing intrinsic problems within the process of globalization itself, in at least two ways.

First, the coronavirus outbreak is driving home that super-permeable boundaries between countries means more traffic of all kinds – both good and bad. If highly mobile PhDs can move quickly around the world to take tech jobs in Singapore and Silicon Valley at will, then pathogens, weapons, and drugs can skip merrily across borders too. So can other kinds of risk: the remarkable integration of financial systems helped allow the 2008 crisis to metastasize quickly across the globe, throwing the world into a near-catastrophic economic tailspin. Both metaphorically and literally, when one part gets a sniffle, all the other parts get colds.

The second problem is that our globalized economy is optimized for extreme efficiency. That sounds like a good thing, right? Nobody likes inefficiency. The very word conjures up unpleasant images of grimy Soviet citizens waiting for hours in lines to get forms signed at sclerotic bureaucracies. But in complex systems, more efficiency often means less resilience.

In a the hyper-efficient globalized economy, manufacturing, farming, and production get very specialized, too. Farms in California’s Central Valley produce 80% of the world’s entire almond supply. Global corporations such as Sony often rely on factories in a single region for key parts. This geographic specialization helps companies take advantage of economies of scale, exploiting concentrated expertise and skills while minimizing redundancy. But it means that the global economy is riddled with potentially critical failure points.

For example, in 2011, the Fukushima earthquake and resultant tsunami in Japan ruined a small handful factories that manufactured videotape used for television recording. In the kind of dumbfounding oversight that appears in Douglas Adams novels, it turned out that these factories produced nearly all the world’s supply of that kind of tape. The entire television broadcast industry went into a panic. An article from that year in The Nation pointed out that this kind of specialization unmasks the

highly dangerous side of globalization, the flip side of a hyper-efficient global supply chain. When one link in that chain is broken, there is no fallback.…An accident or political problem in any number of countries may deny us not just iPhones but food, medicine or critical machinery.

So, by minimizing redundancy and concentrating manufacturing where and when it’s needed, our tightly coupled, hyper-efficient world economic system delivers more profits for businesses and cheaper goods for consumers. But it’s potentially very fragile, precisely because it’s so tightly integrated and efficient: a single natural disaster or terrorist attack can knock out critical supply chains in ways that reverberate through the entire system.

This year, with the sudden coronavirus outbreak beginning in China, the American health care industry is learning that lesson the hard way. The US is facing a critical shortage of face masks, for example, because most masks are made in Chinese regions shuttered by coronavirus quarantines. The few remaining mask manufacturers in the United States can’t keep up with demand.

These two intrinsic weaknesses in the globalized world system – the permeability of borders to risks and the fragility of super-specialized, far-flung supply chains – illustrate a third, higher-level concern: it’s dangerous to optimize complex systems for narrow conditions.

The world economic system is currently very good at extracting value from every link in the chain of production and delivery. But – to make a controversial claim – its structure and fine-tuning are adapted for a rare and probably temporary situation: the domination of the world system by one extremely powerful nation.

For decades, the United States has subsidized globalization by taking on massive trade deficits and pouring trillions into its navy – by far the world’s most powerful – whose operations help keep trade lanes open, tamp down regional conflicts, and fight international piracy. Having a global policeman is sometimes inconvenient and often galling. But it does keep shipping costs down.

When the US loses its appetite for leading the globalized world system – as Trump’s election showed that it may already be – the favorable conditions that sustain fragile, hypercoherent supply chains may very well be in trouble. We’re talking about a system with intentionally narrow margins, after all. If shipping costs rise a mere 5% or warfare between regional powers puts even a small dent in global demand – to pick just two very likely scenarios in a post-US world order – the system might find itself struggling.

Think of it in terms of evolution and ecosystems. Some animals, like raccoons, can eat nearly anything. Thanks to their flexibility, the little bandits can live just about anywhere, in cities or in woods, in warm climates or cold ones. If a disease comes and wipes out one source of food, they can switch to another. This flexibility makes raccoons a “generalist species.”

By contrast, koalas – though much more appealing to wildlife photographers – eat almost nothing but eucalyptus. They’re highly specialized for one particular niche. If something were to happen to the eucalyptus in Oceania, koalas would have no fallback. Bye-bye, koalas.

Fortunately, even the recent wildfires in Australia haven’t seriously threatened the existence of eucalyptus forests, so koalas are hanging on for now. But we are seeing signs of threat to the specialized conditions that sustain the globalized system, which is similarly – if ironically – highly specialized for a single set of conditions.

To take the ecosystem metaphor further, imagine that koalas were somehow a keystone species in the entire global food chain. As soon as the eucalyptus equivalent of Dutch elm disease struck, the world’s indispensable species would die off. Animals of all kinds, all over the world, would start starving.

Fortunately, koalas are not, in fact, a keystone species for the entire world (unlike oceanic planktons). It wouldn’t make much sense to rest the entire world ecosystem on a specialist species that can only thrive within very narrow parameters. Yet this is essentially what globalization is: a humongous system that’s highly adapted for, and dependent on, a unique and fragile set of circumstances.

To sum up: social hypercoherence means that goods, people, and capital can flow without much impediment, but it also makes it difficult to sequester risks. And paradoxically, as the global system grows more interconnected and diversely linked overall, its individual components become more and more narrowly specialized. This combination of totalizing interconnection and rigid hyper-specialization heightens the risk of cascading failures throughout the system. Even a moderate disruption to a critical supply chain or region could send the entire globalized economy reeling – as we’re seeing now with factory shutdowns and quarantines in East Asia.

The opposite of fragility in a complex system is resilience. But resilient social systems don’t flatter the sensibilities of economists or efficiency consultants. Redundancy, compartmentalization, and built-in buffers – including even inconvenient lags and delays – help system withstand shocks or perturbations. But redundancy and information lags are, by definition, not efficient. Compartmentalization (tariffs, for example) introduces friction into the system, slowing things down and increasing transaction costs. Yet these inefficiencies also slow the spread of dangers, making risks more manageable.

None of this means that efficiency is bad, or that globalization has been a worthless bust. I, personally, have benefitted enormously from globalization – especially in the form of travel, from international conferences to years living abroad in Germany and Korea. My work benefits from regular, relatively hassle-free contact with collaborators and peer researchers and scholars all over the world. There are many good things about a more interconnected globe. But there’s too much of a good thing.

The coronavirus scare may turn out to be a dodged bullet, or it could still metastasize into a nightmarish pandemic. Either way, it’s exposed weaknesses in the globalized economic system that, we were told, was going to permanently define the 21st century. A tightly coupled, hypercoherent world system, highly optimized for unusual conditions, is inherently fragile. A slightly less efficient, more humble, and more loosely coupled world may be less fun for globetrotting academics or city-dwelling foodies. But it would probably be a lot more robust in the face of dangers – which would make for more total fun over the long haul. Whether we’ll take voluntary steps to create such a world is anybody’s guess. The coronavirus outbreak is just a reminder that the risks are there in any case, waiting for us.