Racism and the Professional Class 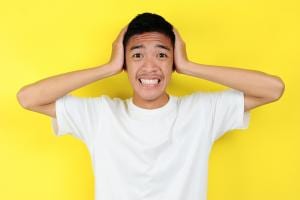 I’ve been hesitant to say anything about the recent protests and nationwide conversation about American racism and policing that erupted from the horrific murder of George Floyd in Minneapolis. This is partly because my expertise, to the extent that I have any, is in religion and science. I don’t see how it helps the cause of racial justice for a religion-and-science “expert” to rush to express an opinion about such a massively complicated, painfully raw topic. At the same time, I increasingly worry that my own demographic – over-educated white people – is taking up a disproportionate amount of room in the movement for racial justice, not to anyone’s benefit. So I thought I would say a brief word about that.

Over the years, I’ve been very consistent on this blog (when it came up) that racism, including police brutality towards black Americans, is a serious problem in, and a moral stain upon, the United States. Racism didn’t magically disappear when Lyndon Johnson signed the Civil Rights Act, and it didn’t evaporate with the end of legal segregation. Things may have improved on many fronts, but the United States has not somehow wiped clean its moral slate by having, say, twice elected a black president.

I’ve also decried the injustices suffered by American Indians, particularly during the Westward Expansion – an historical event in which my own ancestors, among the first settlers of Colorado, took part. I’m a proud son of Colorado, but I am also haunted by the memory of what its original inhabitants went through as its towns and cities first began to spring up on the plains. Both things can be, and are, true at the same time. That’s how life works.

Speaking of holding two truths in mind at the same time, I’ve also consistently expressed the view that countries such as the United States – liberal democracies that support many different viewpoints, provide high-quality governance, value intellectual and communal liberty, and are uniquely responsive to citizens’ concerns – are valuable and rare achievements that should be cared for and preserved.

In this sense, I’m a conservative: I believe in conserving what is valuable in our society, its laws, its institutions, and knowledge of its history. I don’t think that the United States’ manifold moral failings entail that it is, as a nation, fundamentally illegitimate, nor do I believe that it is permanently defined in some transcendental sense by its historical sins. Those sins – racism, the oppression of American Indians, economic injustice, and more – are real, and we still commit and suffer from them right now, today. But when I point out the flaws and failings of this society, I do so with an eye to keeping what’s valuable and reforming what’s rotten. I’m not a revolutionary.

By contrast, a growing number of young, mostly white professionals and college graduates are turning to revolutionary causes. There are many very complex reasons for this. I’ll summarize them only briefly: we currently suffer from a massive glut of college-trained job aspirants competing for too few professional-class jobs, in combination with sky-high real estate prices in the few cities where techies, lawyers, academics, foundation workers, and other professionals have still been able to find good work since the Great Recession.

Countless well-credentialed professionals are therefore economically pinched and increasingly – and shockingly, given the promises they’d heard their whole lives about higher education – newly downwardly mobile. Yet their educational achievements simultaneously tend to lead them to feel that they inherently deserve a high station in society. It’s owed to them. They’re therefore caught in a humiliating kind of double bind. They were promised high-status jobs, cushy apartments, a life of intellectual stimulation. What they’ve gotten is something much less exalted, yet they see getting off the treadmill as a surrender. In the annals of history, these plagues of deeply frustrated elite-class ambitions – not the righteous uprisings of the immiserated poor – are typically what leads to revolutions.

Back to the fight for racial justice.

Last week, the city council of Cambridge, Massachusetts, where I currently live, held an open public commentary meeting on a motion to redirect more than $4 million from the Cambridge Police Department to other social services, including library-housed social workers and housing liaisons. The proposal was wildly popular with the more than 400 members of the public who spoke (in minute-long increments) to the council. It seemed like a slam-dunk victory for the emerging Defund the Police movement and, by inference, for Cambridge’s black community.

There was just one minor inconvenience: according to reports, the overwhelming majority of the public commenters were white. The city council, too, happens to be mostly white. The few black people in the room included the commissioner of the Cambridge Police Department, Branville Bard, and the sole African-American city councilor, Denise Simmons.

Bard, who moved to Cambridge to take the top police job specifically because Cambridge was already doing high-profile work to reform its police department in relation to race issues, expressed frustration with the way white Cantabrigians were scapegoating the police department he took pride in. Calling the proposal a “hollow gesture that does nothing to promote reform or eliminate racism,” he saw much of the support for the proposal as self-serving:

I did not hear authentic voices on Monday night. I heard a bunch of people looking for their ‘I’m a Black ally’ receipts hoping that they could somehow use it to pay off white guilt.

City counselor Denise Simmons – again, the only black councilor, and a supporter of redirecting resources from police to other services – warned that black constituents

are a little alarmed about the seeming disproportionate number of white people speaking to the issue, rushing to announce their solidarity with the Black Lives Matter movement.…They were offended by the number of white people speaking up on their behalf when really this isn’t only a time for Black Lives Matter, but it’s also a time for Black voices to be heard.

A few days later, the city announced that it will be reappropriating $2.5 million from the police department to hire a director of equity and culture, housing case managers, social workers, and early childhood educators.

Often, they aren’t. A 2019 survey by Vox – not exactly a bastion of reactionary sentiment – found that, while African-Americans have a less favorable view of the police than other races do, their views were still more positive than not. This finding dovetailed with a 2015 Gallup poll, in which a full 89% of black Americans wanted either the same amount of or more police in their neighborhoods. Interestingly, black respondents who reported having been treated unfairly by police personally were more likely to say they wanted a heavier police presence.

In citing these stats, I am not downplaying the significant problems with policing in America and in black neighborhoods. The evidence is strong that endemic, recurring negative interactions and relations between black Americans and police have helped undermine generations’ worth of self-confidence, trust, and stability. Nor am I somehow suggesting that all black Americans think in the same monolithic way. No group of people does that. Many African-Americans do want to defund the police. What I am saying is that, overall, the most radical talking points on race and policing in America are more likely to be found on the lips of white progressives than among the black community at large.

In fact, white progressives are by many measures significantly further to the left on racial issues than black Americans overall, by quite a significant margin. For example, although black Americans are more likely than white Americans to believe that racial discrimination is an impediment to progress for individual black people in the U.S., white liberals are even more likely to hold this belief.

White progressives weren’t always so uniform and left-leaning. A 2017 Gallup poll found that registered Democrats have become much more liberal over the past 20 years – but this shift to the left was mostly driven by college-educated white people. Gallup noted that

Again and again, surveys show that black Americans are more conservative and traditionalist than white progressives, and that this gap has grown by leaps and bounds in recent years. The leftmost 8% of the American political landscape, termed “Progressive Activists” by the nonpartisan Hidden Tribes survey, has the highest level of education and income of all ideological groups in the survey, and is also disproportionately secular, skeptical of American patriotism, and white. Black Americans and other people of color, by contrast, are substantially underrepresented in Progressive Activist category.

I could go on, but I won’t. The current dialogue around racism and policing is thick with pain, historical abuses, and opportunities for further abuse. In the past three weeks, I have tried to be judicious about posting anything because, if I write or speak about racial justice, I aim to do so in a way that doesn’t ignore the voices of very people who have the most at stake in this fight, simply because my class of people happens to feeling selfishly revolutionary.

Cynicism is no friend to progress, but consider again the problem of our newly downwardly mobile, disproportionately white professional class. It strikes me that the jobs for which progressive activists are clamoring to replace defunded police work – mental health counselors, social workers, caseworkers, clinical psychologists – are all professional jobs. They require master’s degrees or higher. Police work, by comparison, is one of the last secure, well-paying, high-status blue-collar occupations (those not mostly requiring college degrees) left in the United States – and black Americans are slightly overrepresented in police forces.

Who benefits from the policies white progressives are advocating? Are we fighting for racial justice, or for someone else’s justice? Or for no one’s?

Until I know the answers to these question with more clarity, I will be slow to speak and quick to question orthodoxies. You should be too. I affirm that black lives matter. I do not affirm that every policy proposal or diagnosis associated with the organization called Black Lives Matter is good, or necessarily even representative of or supported by the majority of black Americans. Whatever comes, I won’t be one of the 400 white progressives, calmly assured that their voices obviously represent those of the dispossessed, oblivious to their own biases or motivations, blithely dominating the conversation with their black countrymen.