Living the American Dream: the Inspiring Tweets of the First Black Senator Elected in South Since Reconstruction 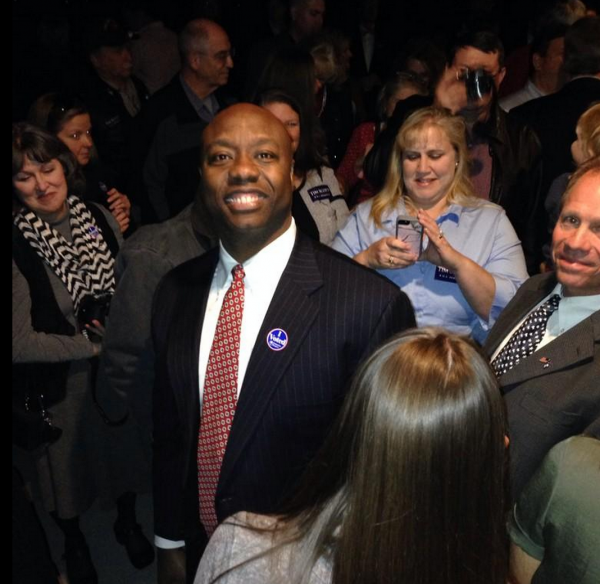 If you know me or my story, you may know that I’m a dreamer. Ever since I can remember, I’ve always known that I wanted to live a life that most would consider outside the box. This has lead me to take big risks in business and leaps of faith in my personal life (i.e. The Bachelor). In my mind, life is far too short to not to have fun and pursue the things you love, and our great country gives us the opportunity to pursue those things.

With this dreamer mentality of mine, I always take notice and admire people who take a similar approach to life. Today there is no better example than South Carolina senator Tim Scott. He’s the first African-American senator to win election in the South since Reconstruction. Reconstruction! That’s Civil War era people! And not only that, he forged his way to the Senate by upholding his political beliefs in a party that has not been popular amongst African-Americans. He had a dream and pursued it and captured it despite the obstacles in his way.

Scott sent a series of tweets out Monday night that I found very inspiring. He’s truly living the American dream.

My skin color is talked about often. Tonight I want to talk about it for just a moment.

In South Carolina, in America, it takes a generation to go from having a grandfather who is picking cotton, to a grandson in Congress. — Tim Scott (@votetimscott) November 5, 2014

We are thankful for those trailblazers who came before us and said the status quo was not enough. I stand on the shoulders of giants.

Our values and our issues are central. The most important things we have to offer are on the inside. This is the testament to progress made — Tim Scott (@votetimscott) November 5, 2014

I want to speak to the future leaders of America. Don’t let anyone define you but you. You have a responsibility to be yourself. Be proud.

We have too many young people being trapped in poverty because other people are defining them with low expectations. — Tim Scott (@votetimscott) November 5, 2014

Congratulations to Tim Scott, to South Carolina, and to America!

November 5, 2014
What Did Chris Harrison Say about "For the Right Reasons?"
Next Post

November 6, 2014 Taking the Leap
Recent Comments
0 | Leave a Comment
"Agreed. I would update your post. Here is a link to PetMed advising the harmful ..."
Jennie Bui McCoy A Mind Blowing Tip on Calm ..."
"I was disappointed to hear Arie’s conversation with Tia on this episode of the Bachelor. ..."
Michelle Arie: How a Cracker Barrel Waitress ..."
"I watched tonights episode of the Bachelorette Jan 29, 2018 and was concerned about Arie's ..."
Jerry Robin Finin Arie: How a Cracker Barrel Waitress ..."
"Phil 4:6 is one of my favorite Bible verses :) Having an attitude of gratitude ..."
PreciousbutRare When I bought a new car, ..."
Browse Our Archives
Related posts from Sean Lowe