My take: Does The Bachelor “manufacture” romance? Or just speed it up?

My take: Does The Bachelor “manufacture” romance? Or just speed it up? January 11, 2016 Sean Lowe 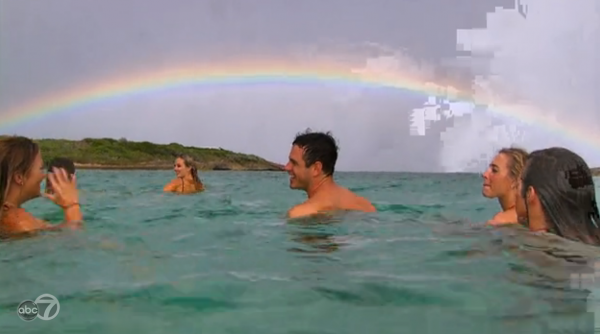 Tonight is Week 2 of The Bachelor. I’m going to do my best to live tweet while toggling back and forth from the National Championship game (I would’ve found that sentence inconceivable a few years ago).

A question I get a lot is “do you think the show’s environment creates feelings that might not be there otherwise?”

I think it can if you’re not careful.

The Bachelor is shot over the course of about three months. That’s three months of traveling the world with a group of women who believe you are the greatest thing on Earth. Not only that, but you’re taking these women on dates in the most exotic and romantic locations in the world.

So, yes, the show’s atmosphere can create feelings that wouldn’t be there otherwise.

In my opinion, both the bachelors and the women competing for them can get tunnel vision. Bachelors can become so focused on the twenty-five women on the show that they forget about everyone else in the real world. This tunnel vision may lead to looking past character flaws, differing religious views, life goals, etc. because they want to believe they’ve found true love. But in the pursuit of true love, many bachelors in the past have forgotten about the real world and how difficult that relationship might be outside of the show’s confines.

Similarly, the women competing for the Bachelor get tunnel vision as well. The entire time they’re on the show, they’re being told how perfect the bachelor is and how great it would be if they found their “happily ever after” with him in such an unorthodox way. Just like the bachelors, I believe the women tend to leave a lot of vital relationship questions unasked in their pursuit of love. In many cases, they’re blinded by the hype behind the man handing out roses and the potential for a real-life TV romance.

In other words, maybe he’s not as great as you want him to be.

I’m not here just to be a cynic and give you all the reasons the show doesn’t work.

I did marry the girl I fell in love with on the show after all. Even though the show does a marvelous job at manufacturing romance (or maybe just speeding it up), there is still real love to be found.

I know Ben and I know he has a good head on his shoulders. I hope he’s able to look past the romantic dates and find a woman who he refuses to say goodbye to just as I did with Catherine. I hope he asks the women and himself the tough questions that will be applicable once he’s back in the real world. I hope he’s able to distinguish between fantasy and reality and come out with his future bride.

If he can do all of that, he’ll find a joy he never knew existed, and his life will never be the same. 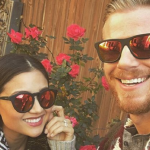 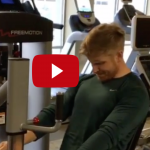 January 11, 2016 How I'm Fighting Off that Sympathy Pregnancy Weight
Recent Comments
0 | Leave a Comment
Browse Our Archives
get the latest from
Family
Sign up for our newsletter
POPULAR AT PATHEOS Family
1

5 Sexy Ways to Get Your...
Ashley Willis
Related posts from Sean Lowe

Tax Day: God and Money
The famous verse in The Bible claims that we cannot serve both...
view all Family blogs
What Are Your Thoughts?leave a comment
Copyright 2008-2021, Patheos. All rights reserved.
error: Content is protected !!