Something you may not know about me: I’m a huge UFC fan. And even more surprising, I’ve turned Catherine into a fan of the sport too. We order just about every pay-per-view fight and cheer on our favorites. If you haven’t watched it, mixed martial arts is one of the most exciting sports out there today.

The biggest UFC star of the last couple years is Ronda Rousey.  UFC basically built a female division around her.  She fought more regularly, made more headlines, was on the cover of more magazines, and starred in more blockbuster films than any other fighter in UFC – male or female. So people that have never watched UFC knew who Rousey was because she was also in the latest Fast & Furious movie, Entourage, and more.

Her run in UFC was unparalleled.  She knocked out or forced her opponents to submit in record times within 10 to 30 seconds of the first round.  She was undefeated.

Then, it was over.

She lost for the first time to Holly Holm — and lost big.  No longer undefeated and no longer the champion, she didn’t give any interviews or make any talk show appearances.

Yesterday, she went on The Ellen Degeneres Show.  Her interview is making headlines because, for the first time in public, she talked about having suicidal thoughts.  It’s worth watching the entire clip, but in tears, she confessed:

Here is the excerpt that really caught my attention:

I was literally sitting there and thinking about killing myself, and that exact second I’m like, “I’m nothing. What do I do anymore? And no one gives a shit about me anymore without this.”

To be honest, I looked up and I saw my man Travis was standing up there and I looked up at him and I was like, I need to have his babies. I need to stay alive.

As Rousey describes how she found her identity in her UFC record and her championship belt, she’s speaking to a sad reality that pervades so much of our culture. So many people find their identity in things that can’t last forever and that will never truly make us happy or content.

However, having Travis’s babies won’t be enough of an “identity” to sustain her either.  The Gospel Coalition has more about this:

Perhaps you construct a self by the roles and accomplishments listed on your résumé. You might identify yourself by your lineage or ethnicity, by your job history or the schools you attended, by your marital status or parental role. Perhaps you define who you are by your political leanings or the objects of your sexual longings. Maybe you consider yourself to be summed up in a Myers-Briggs category or a psychiatric diagnosis. Your sense of self might be based on money (or your lack thereof), on achievements (or failures), on the approval of others (or their rejection), on your self-esteem (or self-hatred). Perhaps you think that your sins define you: an angry man, an addict, an anxious people-pleaser. Perhaps afflictions define you: disability, cancer, divorce. Even your Christian identity might anchor in something that is not God: Bible knowledge, giftedness, or the church denomination to which you belong.

The piece goes on to say, “In each case, your sense of identity comes unglued from the God who actually defines you.”

I get that, as a guy who’s expecting his first child, parenthood is going to be amazing.  But if I let my identity rest on his — or her!! — tiny shoulders, it would put too much pressure on that father/kid relationship.  Same with marriage — or anything else. I can’t find my worth in being “Catherine’s husband” just as she is much more than “Sean’s wife.”

I don’t know where Ronda Rousey’s head is at right now, but I hope she continues to discover the importance of finding her true identity.  I hope she bounces back and becomes a better fighter.  But most importantly, I hope she comes to a deeper understanding of where her worth truly comes from.
Buy my New York Times Best Selling Book For the Right Reasons: America’s Favorite Bachelor on Faith, Love, Marriage, and Why Nice Guys Finish First 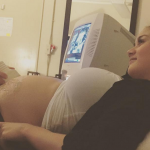 February 18, 2016 Ben, here are 5 tips to stop your Bachelor fairytale from turning into a tabloid headline
Recent Comments
0 | Leave a Comment
Browse Our Archives
Follow Us!

5 Sexy Ways to Get Your...
Ashley Willis
Related posts from Sean Lowe