Seeing as it’s Good Friday, I feel like I need to write a spiritual message of sorts. One message just happens to come to mind and I’m going to use one person’s story to exemplify that message.

Jon Jones is pound for pound the greatest fighter on Earth. This isn’t my opinion but the opinion of experts who cover mixed martial arts. Jon Jones was for years, the light heavyweight champion of the UFC. He appeared to be a once in a generation kind of fighter. He was young, athletic, powerful, skillful and dominant. Jon was the youngest fighter to win a championship belt in the UFC at the age of 23 and hasn’t lost a fight since winning that belt.  Although Jon hasn’t lost a fight inside of the octagon in almost seven years, he’s lost his championship belt.

The UFC stripped Jon of his title after being involved in a number of controversies, which included testing positive for cocaine and leaving the scene of a hit and run accident not long after his positive drug test.

The greatest fighter on the planet is no longer a champion.

So what does Jon Jones have to do with spirituality? Jon is a Christian who often speaks of his faith in God and proudly wears a Philippians 4:13 tattoo on his shoulder. As a professed Christian, Jon was labeled as a fake, a hypocrite and a phony by tens of thousands of his fans and fight fans around the world. And I get it. I probably had a lot of those same judgmental thoughts when I heard of all the stuff Jon had gotten mixed up with. Doing it is one thing but professing your love for Jesus while doing it is another thing right?

Here’s the deal. I’m no better than Jon, and I’m guessing you’re not either. We’re all capable of screwing up… and I for one do it often. Being a Christian isn’t about being perfect or living a good life. It’s about loving God and trusting in his plan for our lives. And when we do screw up (which is inevitable), it’s about running back to God because He’s standing their with His arms wide open waiting to lovingly embrace us. You see, when God sacrificed his son Jesus to die for our sins, those sins were paid for once and for all. There’s nothing you can do that can’t be forgiven and God will never stop loving you. So, yeah, Jon Jones screwed up big time and he has to face those consequences, but he’s still loved by his God and those screw ups were paid for on the cross two thousand years ago.

Just like Jon Jones, all Christians are hypocrites. No one can get it right all the time and we all have sin in our lives that we struggle with. The good news?  God loves us so much that he sent his only son to die for our sins so that we could be connected to Him. It’s pretty simple: trust in God and give your life over to Him and your mistakes are erased.

When you screw up again, run back to Him as fast as you can.

From all accounts and appearances, it looks as if Jon has cleaned his life up and he’ll be fighting Daniel Cormier at UFC 197 next month for a shot to recapture the light heavyweight belt. I, for one, am rooting for Jon and can’t wait to see what God will do in his life if he continues to trust in Him. 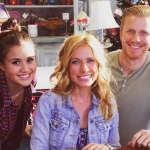 March 24, 2016
Today, show up - how my family has prioritized "being there" and how it's affected my life for good
Next Post 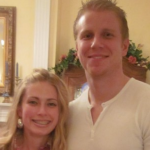 March 27, 2016 My sister Shay answers questions on becoming (and being) a Christian
Recent Comments
0 | Leave a Comment
Browse Our Archives
Related posts from Sean Lowe