What we REALLY did on our “babymoon”

As I wrote about HERE, we went all the way to Palm Springs to get away for a bit before the fun of parenting (and the responsibilities) begin.

We got a great house — mid century modern — that had its own pool and everything.

And what did we do once we got there?  Well first, we laid out a bit to get some sun.  Here’s Catherine’s photo which she captioned “Body by Baby.”

We got a little reading done — his and hers.

But the rays were so direct and so intense that we quickly decided to move the party indoors.

That’s when we discovered our house had Netflix.  We started watching The Office and didn’t stop until we were halfway through Season Three… twenty four episodes later.

We did venture out to actually eat.

I told Catherine she was looking so hot that I wanted to knock her up all over again.

She said, “My dinner date for life. If I could get pregnant again tonight, I would.” 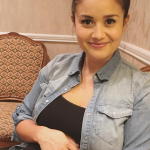 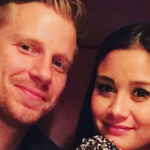 May 2, 2016 A confession now that we're finally back home with 2 months before the baby arrives
Recent Comments
0 | Leave a Comment
"Agreed. I would update your post. Here is a link to PetMed advising the harmful ..."
Jennie Bui McCoy A Mind Blowing Tip on Calm ..."
"I was disappointed to hear Arie’s conversation with Tia on this episode of the Bachelor. ..."
Michelle Arie: How a Cracker Barrel Waitress ..."
"I watched tonights episode of the Bachelorette Jan 29, 2018 and was concerned about Arie's ..."
Jerry Robin Finin Arie: How a Cracker Barrel Waitress ..."
"Phil 4:6 is one of my favorite Bible verses :) Having an attitude of gratitude ..."
PreciousbutRare When I bought a new car, ..."
Browse Our Archives
Related posts from Sean Lowe