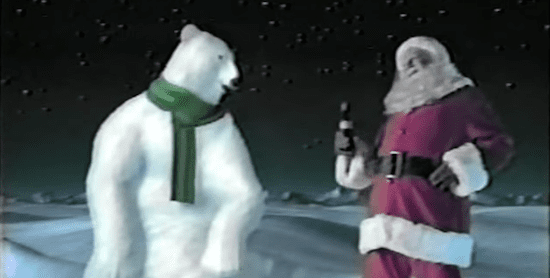 It was some time before I realized that my coma-dream was a form of near-death experience (NDE). In fact, it wasn’t until I began researching my Skeptical Inquirer article, “Covert Cognition, My So-Called Near-Death Experience.“ The original premise of the piece was that I didn’t have an NDE because I was an atheist who had a completely secular upbringing.

But as I learned about NDEs, I began to realize that my coma-dream had many parallels with the classic elements of NDEs. For instance, I didn’t have a life review, but almost all of my serialized dream segments were inspired by my childhood experiences and influences.

I strolled through a condensed landscape of my favorite places when I was a young girl. There was the zoo, where I watched miniature zoo animals holding a tea party. The elephant held the teapot with its trunk. I said, “It must be a kid’s show,” as if that would explain it. Dream logic. This scene reflected another childhood element—my love of funky 50s Sci-fi films, like Attack of the Puppet People, with its miniaturized people.

The zoo ran into Monkey Jungle—the Miami primate zoological park—which in my imagination had folded, yet still held a few monkeys roaming free. In reality, Monkey Jungle is miles away from the Miami Zoo, and it’s still open. But like the monkeys in my dream, the imagination is unbounded.

People who were raised with religion have religious imagery and ideas embedded in their unconscious. That’s why a few atheists have recanted their unbelief after their day trip to Heaven. This is also the reason alien “abductees” tend to draw similar images of their alien captors. Has anyone ever seen a Gray who has never viewed a depiction of them before? Hmm…what else do people do in their sleep? They frequently report feeling paralyzed as the aliens grab them. That’s telling.

There’s a form of REM intrusion—mixed dream states combining waking and sleeping consciousness—called sleep paralysis. It’s terrifying by all accounts, like something dreamed up by Edgar Allen Poe. You’re lying there awake, yet you can’t move a muscle. That’s because your body is immobilized as if it’s still in the dream state even though you’re conscious. But perhaps not fully conscious.

I once dreamed that I was abducted by aliens. The aliens sucked me up right through the ceiling. And the upstairs neighbors never even noticed. When I awoke, the ceiling was whole, as if it had never happened.

Though that dream didn’t involve sleep paralysis, I’m well familiar with another form of REM intrusion, lucid dreaming. For me, it often occurs when something bad happens. All my teeth suddenly fall out, and I think, “Thank goodness this is only a dream.”  The teeth then magically reassemble in my mouth. Whew.

Being a writer, I sometimes edit dreams simply because what’s happening is contrary to reality. Duh, it’s a dream! I did this on numerous occasions in my coma-dream, such as in my ice cream-churning Big Wheel segments. In that serial dream, I was peddling around in a low to the ground trike that churned ice cream in the back. Sometimes when I did this, I was a polar bear cub.  A couple of times, I thought, “I’m not a polar bear. I should be human.” Like something out of a fairy tale, I instantaneously transformed into a human being. In times like this, I wish I could tell my brain to shut up. This is fun!

The REM intrusion theory was what finally convinced me that my coma-dream was in fact an NDE. Yes, it was a dream…and so are all NDEs. Kevin Nelson, a Professor of Neurology at the University of Kentucky, conducted a study of 55 NDErs. Fully 60% of the subjects were prone to forms of REM intrusion. Only 24% of the non-NDEr controls had ever had experienced REM intrusion.

Admittedly, this was a small study, but NDEs are difficult to study. After all, they rarely occur in laboratory settings. Professor Nelson lays out his REM intrusion theory more fully in his book, The God Impulse. To sum up his thesis, it’s no coincidence that NDEs are so surreal and dreamlike. They’re triggered by the same brain structures involved with dreams. People with a predilection for blended dream states are more likely have an NDE. This is especially true when their brains are in crisis, as the flight-or-flight survival mechanisms kick in.

Dreams access the brain’s memories, but not its logic centers. My form of REM intrusion circumvents that because it involves the waking mind invading the dream state.

If I had been raised with religion, my possible demise might have brought forth comforting religious imagery. Popular conceptions of Heaven would’ve abounded. Not coincidentally, Christians hang with Jesus in their NDEs; Hindus walk arm in arm in arm in arm with Vishnu. And Christian’s never see Ganesh…unless they’ve been munching on magic mushrooms. My brain fed me soothing images from a happy, carefree time in my early, godless childhood, as I rode a hippocampus hobby-horse of the mind.

Upon awakening, too many of the faithful can’t accept that the seeming reality of their NDEs was due to this blending of brain states. Their desire to believe overwhelms any critical thinking. Just as lucid dreaming involves reality invading dreams, their religious fantasy world takes over their waking mind, as they accept unreality without a filter of doubt. That is, after all, what religion does.

But then, there is this account of a comatose NDE told by Discus member NoAZPhilsPhan. I found it in the discussion about a news article concerning Claire Wineland, who experienced her own coma-dream. Here’s what he had to say about his experience.

I was in a 10 day coma, medically induced the last few days, after I passed away on the OR table during emergency surgery. Many of my organs, like my kidneys shut down. I remember walking down a very, very wide hallway. On each side there were massive doors that opened up to beautiful scenes like valleys, fields with lakes, tropical beaches and the like. I remember hearing someone playing the guitar and singing, over and over again, “Knock, knock, knockin’ on Heaven’s door”. After a little while I realized it was a dear departed friend of mine who was a musician so I said “Bob, is that you?” (I could not see him only hear him). He said “Yea, it’s me buddy, but we don’t need you right now why don’t you go home.” So I turned around and walked back.

A fairly typical NDE, so far, albeit with a deceased friend instead of a family member and featuring a shout-out to Bob Dylan. But that was far from the only bit of pop culture in his NDE. And here is where he shows himself to be a natural skeptic.

I had many people say to me that it was an afterlife experience. I’m not so sure of that because all of this happened around Christmas time and during my coma I also helped Santa Claus deliver presents to Norway and England. Oh, by the way… those soda drinking polar bears are real as well…. I met them and we went sledding.

For believers, his experience poses a conundrum. If Heaven is for real, is it also for the unreal? 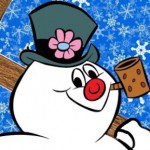 December 17, 2015 Because the Bible Tells Me So
Browse Our Archives
Related posts from The Secular Spectrum