The Trumping of America 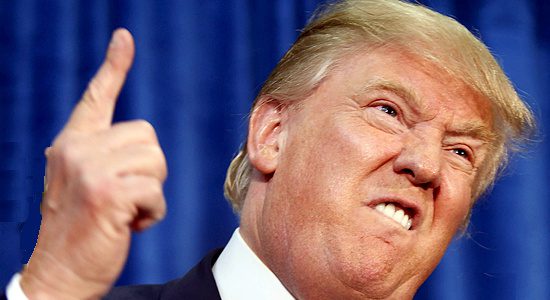 The 2016 Republican primary race seems to have been conceived by a coked-up Hollywood satirist. I can just imagine the pitch.

And then the egomaniacal tycoon character turns the race into a reality show, he he he. The more outrageous his statements, the higher he rises in the polls, while the mainstream candidates get voted off the island one by one. He threatens protesters with a punch in the face, and the crowd cheers for more.

Should Trump win the Republican nomination—shudder—for my own peace of mind I will continue believing the broader electorate will hit the mute button. That’s the conventional wisdom, but the judgement of the punditocracy has taken a pummeling in this bizarre campaign season. Nonetheless, and I’m going to stick with this reassuring notion so I can sleep at night.

But for atheists, Trump presents a bit of a conundrum because he’s the only candidate on the Republican side who is clearly not a Christian. You don’t need the Pope to call Trump out on this; the Donald did it himself during the Two Corinthians fiasco.

As Trump spoke in front of an audience at Liberty University, he said:

We’re going to protect Christianity. I can say that. I don’t have to be politically correct. Two Corinthians, 3:17, that’s the whole ballgame…is that the one you like?

I love the added, “Is that the one you like?” Could it be more plain that he’s not one of them?

Trump later defended himself by gallantly blaming Tony Perkins for jotting down 2 Corinthians in a note suggesting he refer to the passage in his speech to the fundamentalist bastion. Perkins confirmed his account, adding, however, “It shows that he’s not familiar with the Bible.”

Silly evangelical, thinking Trump would know that 2 Corinthians is spoken as Second Corinthians. Could Perkins have actually believed that the ruthless and self-aggrandizing real estate mogul turned reality show celebrity was actually a devoted Christian?

Wasn’t the fact that Trump said he never asks God for forgiveness a clue? What about the time he mocked communion? Or the three divorces?

I have to say that I have some sympathy for Trump in this debacle. If someone had written 2 Corinthians for me, I would’ve made the same mistake. That’s because I was raised without religion, I’m not a churchgoer, and I’ve never read the Bible. I’m willing to bet that most of these also apply to Trump.

While Donald Trump is probably not a nonbeliever, he certainly doesn’t leave any indication that he’s truly a man of faith. Still, he’s drawing a sizable proportion of the evangelical vote. Perhaps they think, as so many of his supporter do, that Trump “tells it like it is.”

Unless it’s a quote from the bible, from which he couldn’t cite a favorite passage.

Poor Ted Cruz. With his evangelical preacher dad and devotion to protecting the discrimination rights of the downtrodden Christian masses, he must be scratching his head. When the front-runner speaks approvingly of a spurious story of a general executing Muslim prisoners with bullets dipped in pigs’ blood, what‘s a far-right zealot to do to get some attention? Bite the head off a bat?s’

But the fact that Trump is clearly not a Christian shouldn’t gladden the hearts of secularists. Trump has shown that he will pander to any hateful desire he thinks will get him elected. If the candidates were vying for the cannibal vote, Trump would be a lock for their support.

It may not have escaped your notice that atheists are not the most popular group in the US, especially among the Republican evangelical base.

Should the unthinkable occur and Trump is elected president, we can only hope there’s enough time before he erects his wall to sneak across the border. 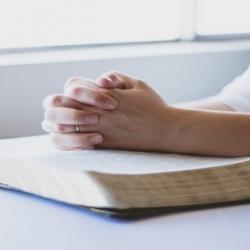 Nonreligious
Religion Has Absolutely No Place in a Non-Religious...
The Secular Spectrum 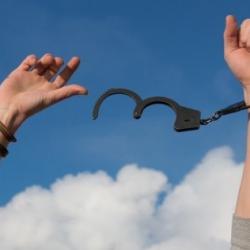 Nonreligious
Why Does Religion Help Addiction Recovery and How...
The Secular Spectrum
TRENDING AT PATHEOS Nonreligious