Reason Rally for Us All 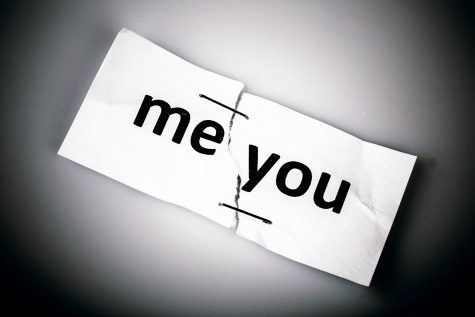 Recently, the Reason Rally took place  in Washington DC where 15,000 to 20,000 atheists, humanists, seekers, agnostics and others gathered to underline the importance of the “non-religious” vote in this tumultuous election cycle. The role religion plays during the primaries and caucuses nationwide is complex and often distorted by the religious right.

Banding together as secularists and like minded citizens, where there is no need to explain themselves as people who do not espouse any religious perspective is a very good thing.  Everyone there gets it. I understand the desire to bolster each other in a largely religious nation where the atheist or humanist perspective is often misunderstood and in some cases, severely judged. I applaud the effort.

Although it is reported that the crowd that showed up fell short of the hoped for 30,000 people, it still underlines the  extraordinary power and importance of the non-religious vote which may be around 23 percent of the US voter public today. That has some religious right folks nervous. Embarrassingly, I point out the remarks of Mr. Bill Donuhue of the National Catholic League, president of a very conservative Catholic organization which represents the some extreme right thinkers in the Catholic Church, a Catholic apologist that has gone off the rails.

The NCL in many ways is about answering anti-Catholic sentiment by responding “anti” to everything else from sexual equality to global climate change. He represents, in many ways, a waning “cultural Catholicism,” feeling more and more paranoid in front of the power of secular culture and the weakening of Catholic institutions. That being said, I read his own thoughts on the Reason Rally with much sadness:

“They stand for nothing, believe in nothing, and many are good for nothing. Organized atheists are set to invade D.C. this weekend, holding a “Reason Rally.” The reason they are rallying is their professed belief in nothingness. What is really striking, however, is that the rally is showcasing how important the atheist vote is, thus suggesting that their group-think community is anything but a home for ‘freethinkers.” – June 1, 2016

Aside from the arrogance, smugness, and complete lack of Christian charity in his words, this stereotyped thinking of the religious right regarding atheists is all too prevalent. It evidences a complete lack of understanding because there is no meaningful connection and dialogue with our atheist friends, painting entire groups of people with a wide, uninformed paintbrush.

In some ways, helping our own faith and secular colleagues understand the importance of this dialogue and cooperation is even more difficult, but vitally important. From an authentic Catholic perspective, I share with you another quote:

“As believers, we also feel close to those who do not consider themselves part of any religious tradition, yet sincerely seek the truth, goodness and beauty which we believe have their highest expression and source in God. We consider them as precious allies in the commitment to defending human dignity, in building peaceful coexistence between peoples and in protecting creation.” Pope Francis – The Joy of the Gospel 257

The words of Pope Francis are informed by a Vatican program called, Courtyard of the Gentiles, which was established in 2005 to bring religious and secular people together in dialogue. Many of these conferences took place throughout the world, and one at Georgetown University in April 2014.

Dialogue is a deeply human response to secular bashing and religious bashing. It is a more thoughtful and profound way that transcends our hurt and anger, our ignorance and stereotyping that is not looking for a winner, who is right, and who is wrong, but what we hold together, our common ground.

One of the speakers at the Reason Rally, Jamie Raskin, a state senator who happens to be Jewish, noted that alliances between:

“progressive religious reformers of all faiths and secular humanists have changed America by advancing justice and freedom in movements related to abolition, women’s suffrage, labor and environmentalism. Pragmatists all, they were not interested in interrogating each other’s private faith but in acting on a common public faith that America belongs to all of us and we should judge people not by their religious identities but by the character of their public actions.”

Mr Raskin emphasizes the importance of a religious/secular alliance many of us hope for. As a Catholic organization deeply involve in interfaith and inter-secular dialogue and collaboration, we have worked with the Scottish Humanist Society and the American Humanist Society in a variety of programs to insure that this important, sustained dialogue continues in small and big ways in the issues of the world we are all affected by: income inequality, global climate change, racism and xenophobia, and much more.

Let’s have a Reason Rally that brings together this coalition of religious and secular partners in light of the presidential election that emphasizes our common ground and allows a voting block that is more important that just secular or religious, a voting block of fellow citizens in a common cause that constitutes an alliance of secular and religious values. Let’s strengthen and empower each other’s voice in a divided America. What could be more reasonable? 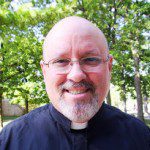 Fr. Carl Chudy is a member of an international missionary religious order in the Catholic Church called the Xaverian Missionaries USA. In his thirty years of priesthood he has worked in Asia, Africa, and the United States in a number of ways. More recently he has focused attention on interfaith dialogue with Muslims around the climate of religious hatred in the United States, and with atheists and humanists in religious/secular dialogue around the climate of secular hatred. He is working on a Masters presently in religious/secular dialogue and collaboration. 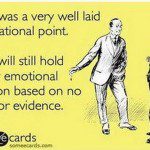 June 9, 2016
Why We're Not Rational in Evaluating Others (And What The Science Suggests We Can Do About It)
Next Post 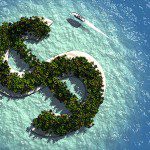 June 21, 2016 The Panama Papers Reveal the Solution to Global Suffering
Browse Our Archives
Related posts from The Secular Spectrum