Near the entrance to Ken Ham’s Ark Encounter is a sign — a framed message from Satan disguised as a large red snake. It displays a haunting message:

Growing up, how often had I heard variations on this theme in small-town Kentucky churches? If you fail to take every part of the Bible literally, no matter how clearly wrong its science might be, then you’re risking your very soul. Perhaps having this perception so deeply ingrained in our population at an early age explains why the Bluegrass State is such fertile ground for Ken Ham’s pseudoscientific museums. Wondering if the similarities between Ham’s teachings and those common in the churches of my adolescence explained the Ark’s presence in my home state, I decided to pay a visit.

Standing in the Ark entrance, I flashed back 40 years to a hot August morning in Kentucky. The atmosphere was stifling in the cramped Sunday-school room where I sat: not just because of the poor air conditioning, but also because of the discomfort over the contradictions I had raised concerning that day’s lesson. The teacher wasn’t happy with me. She’d just delivered a lecture on the global flood and the discovery of dinosaur fossils, which somehow proved these behemoths had died alongside humans in the deluge. As an inquisitive young boy, I had committed the transgression of pointing out that nowhere on Earth had dinosaur fossils ever been found with human remains; that in fact they were separated in the geological layer by tens of millions of years. If they died in the same flood, I asked, shouldn’t they have been buried together?

Her reply was that God had most likely done this to trick us and test our faith. When I answered that this idea contradicted the Bible and quoted James 1:13 in support (“God tempteth no man”), class abruptly ended. Needless to say, I became less popular in church, and the church became less important to me.

Lesson learned: When religious authorities claim to speak for God on matters of science but are shown to be demonstrably wrong, followers naturally lose faith in them and possibly, by extension, in religion itself.

Ken Ham also claims that men and dinosaurs walked (and died) together, and that his science exhibits carry the weight of the truth of God. How well would they stand up to scrutiny? After emptying my wallet to cover the substantial entry and parking fees, I searched the big boat in vain for the answer to the riddle I posed to my Sunday-school teacher decades ago: where was the global debris field containing fossils of humans and dinosaurs buried together? Answer: it’s still not there. Young Earth Creationism hasn’t changed much in 40 years.

What was more disappointing was the lack of live animals. Noah’s Ark was supposed to be loaded with thousands of live critters. Ham’s had only a few stuffed ones, and a lot of photographs. On the second deck, children walk through a bizarre photo exhibit asserting that Noah didn’t need to keep polar bears cool because they could be found in zoos in hot climates. Perhaps the ark curators should have visited a warm weather zoo, such as San Diego’s, which provides a 55-degree pool of chilled water and air conditioning for its bears. The millions of dollars wasted on Ham’s ark may have been better spent sending kids to zoos where they could have learned real science.

I unintentionally laughed out loud at the polar bear gaffe, drawing looks of scorn from faithful visitors standing in rapt attention at my sides. You’d have thought I’d laughed at God. I flashed back to another Kentucky Sunday-school lesson of yesteryear, where I’d giggled over the idea of Grand Canyon flood waters travelling fast enough to vaporize billions of tons of solid rock, then slowing down enough to make 180 degree turns, and then speeding up again to vaporize more rock, repeat-and-rinse, ad nauseam. “Can’t happen,” I had explained to my Sunday-school teacher. I explained how we know rivers like the Colorado take their time, cutting a meandering pattern… but she cut me off and scolded that making light of anything written in the Bible was making light of God.

Loitering there in the Encounter’s Grand Canyon exhibit, it dawned on me that the modus operandi of the Ark Encounter was born in the Sunday-school rooms of evangelical churches of the South decades ago. Wrap scientific misinformation in a cloak of religion and then the bad science can no longer be assailed. Progressive, scientifically literate Christians are in the same boat (no pun intended) as we atheists when it comes to debunking the story of the ark. Laugh at the implausibility of caged Apatosauruses living for a year on the ark (they caught them when they were small?), and Ken Ham puts you in league with the devil.

Here’s the problem: “Science” museums such as Ark Encounter do great harm to the bright young minds that innocently, excitedly bound up the gangplank expecting an education. Children who don’t understand the physical and chemical concepts that allow us to determine the age of the Earth are ill prepared to understand, for example, nuclear power or the problems associated with the storage of nuclear waste. Youngsters who don’t understand evolution aren’t going to be able to contribute to scientific breakthroughs on vaccines or even how a flu vaccine works.

Unfortunately, the Ark Encounter doesn’t stop at bad science. Tucked away in a dark corner was the attraction’s most poignant and disturbing exhibit. A place I wish I had never visited. A place that once seen can never be unseen. An exhibit that tried to answer the question never sufficiently answered in any church I’ve ever attended: “Teacher, why did God allow all those innocent babies to die in the flood?” Ken Ham’s answer was presented via a simple placard:

“We need to understand that as sinners, we all deserve to die.”

We all deserve to die?

Nauseated, I found a bench and sat down. How did we get from bad advice on the care and feeding of cute and cuddly polar bears to the justification of innocent babies deserving to have their lives slowly snuffed out as their lungs filled with water? How many Christians, strong in their faith, would consider turning away when calmly presented with the all-or-nothing proposition of believing in a flood that we know never happened and innocent newborns deserving death?

As I drove home, I thought about my Christian family and friends who frequently lament the decreasing membership of their church congregations. Are they aware of how many potential members visit places like Ark Encounter and suspect that all Christians might feel like Ken Ham, and resolve to never darken the door of a place of worship again because they don’t want to be associated with that kind of thinking?

Barreling south on I-75, I recalled many impromptu debates with well-meaning Christians who were mystified (even offended) by how I could dare to question their lifelong faith, when I was in fact only pointing out the errors in Answers in Genesis’ science. By framing his warped view of science as a battle of good vs. evil and making it an offense against God to disagree, Ken Ham has created an unnecessary war between science and religion. All wars have innocent victims. In this one, they’re the people of Kentucky, particularly the children, already underserved by a governor who undercuts state education budgets and lends official—arguably constitutionally illegal–support to faith-based projects such as Ark Encounter.

Two by two, Kentuckians stroll up the gangplank of a religious exhibit masquerading as a science exhibit full of stuffed animals, dedicated to an event that never happened. Had they gone just 45 miles further north, they would have found a world-class aquarium in Newport, KY and zoo in Cincinnati, OH. What a shame.

MARK ALSIP is a science advocate who has written for Forbes, Skeptical Inquirer, and recently co-authored his first book, The Fear Babe, which exposes quackery in the organic food and personal care industries. He debunks pseudoscience through his blog, Bad Science Debunked, and makes his home in Lexington, Kentucky. 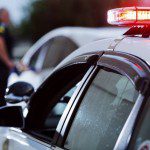 July 25, 2016
Police Racial Profiling - How Neuroscience Can Help
Next Post 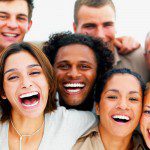 July 28, 2016 A Reason-Oriented Perspective on Meanings and Values
Browse Our Archives
get the latest from
The Secular Spectrum
Sign up for our newsletter
POPULAR AT PATHEOS Nonreligious
1

Of Hybrid Embryos, Human Rights, and...
Roll to Disbelieve
Related posts from The Secular Spectrum

Creationism failed, again, in Arkansas. But don’t fist-bump...
Creationism will not be twinned with "creationist theory" in Arkansas public-school science...
view all Nonreligious blogs
Copyright 2008-2021, Patheos. All rights reserved.
error: Content is protected !!