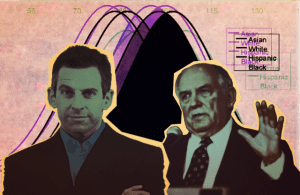 Racists have always used science as intellectual cover for their bias. Why is it such a reliable refuge for the prejudiced?

In his new book, Is Science Racist?, professor of anthropology Jonathan Marks says that science has a double standard when it comes to wacky pseudoscience:

If you espouse creationist ideas in science, you are branded as an ideologue, as a close-minded pseudo-scientist who is unable to adopt a modern perspective, and who consequently has no place in the community of scholars. But if you espouse racist ideas in science, that’s not quite so bad. People might look at you a little askance, but as a racist you can coexist in science alongside them, which you couldn’t do if you were a creationist. Science is racist when it permits scientists who advance racist ideas to exist and to thrive institutionally.

And there’s evidence to support the claim. This NPR article on the genetic ancestry testing craze mentions high-profile scientists and authors whose work purports to demonstrate the genetic basis and selection pressures that gave rise to the difference between races.

The “Science” of Superiority

Nicholas Wade’s book A Troublesome Inheritance: Genes, Race and Human History, according to Science magazine, “contends that human races are a biological reality and that recent human evolution has led to racial differences in economic and social behavior. In the book, Wade suggests that such genetic differences may help explain why some people live in tribal societies and some in advanced civilizations, why African-Americans are allegedly more violent than whites, and why the Chinese may be good at business.” When Wade was criticized by geneticists for his work, he claimed the problem wasn’t his misuse of science or the racism inherent in his claims but rather his critics’ ignorance as well as their credulity toward the scientific dogma that race isn’t a biological phenomenon.

Philippe Rushton was a psychologist who claimed the data pointed to race-based differences in traits such as intelligence. He maintained that his critics were blinded by egalitarian ideology rather than scientific rigor. According to Rushton’s obituary in the Globe and Mail , “the motivation for ranking racial groups by methods that presented blacks as intellectually inferior and sexually unrestrained came from the purer intentions of science: to take the evidence of research to its most logical and unavoidable conclusion.”

Sam Harris has battled accusations of racism because of his anti-Muslim rhetoric. Recently he has touted the work of Charles Murray , author of The Bell Curve, a 1994 book that claimed that IQ tests conclusively proved intelligence disparities between whites and African-Americans. Harris even interviewed Murray on his podcast, claiming that opposition to the author’s work (and protests at his speaking engagements) is due to a “politically correct moral panic.”

The pattern here should be obvious: researchers release work that makes racist claims, and when questioned about the validity of those claims, they answer that they’re “just following the evidence” and that their critics are motivated strictly by ideology.

Plenty of scientists have criticized this kind of scientific racism (what the alt-right now calls “race realism”), so I’m not saying that racism is inherent in scientific methods and procedures themselves. It just seems to me that evidence-fetishism and the myth of the scientific maverick work in tandem to create fertile ground for this brand of research. It’s especially easy for science fans to be dazzled by factoids, and defend the racist research on the grounds that it’s “the hard truth,” regardless if it’s unpalatable to left-wing ideologues who are well-meaning but lack objectivity.

Science thumpers find the complexities of culture and history understandably intimidating. But that’s no reason to ignore the cultural construction of race in favor of proposing that genes and selective processes are the basis for race. The evolution of species and the idea of common ancestry are so well-established in science (with good reason) that the Street Light Effect takes over: we think evolution by natural selection can explain all phenomena in human endeavor —even things like morality, race, and gender— not because it can, but because “the light is better here.”

The ultimate problem is that things like race, intelligence, superiority, or who we are aren’t encoded in our genes. The NPR article linked above criticized the DNA-by-mail phenomenon, where people send DNA samples to private companies to be analyzed. These customers are seeking answers for who they are and where they come from that will be expressed in racial categories that are culturally and not genetically defined. They’re expecting data to tell them where they belong in the world, in culture, and in history.

Do you think science points to the existence of racial differences? How tolerant should we be of people who insist that any opposition to race-based theories is simply ideologically-motivated wishful thinking?

November 8, 2017
Pardon Me, Religion, I’m Sorry to Bother You: Dispatches on Canadian Secularism
Next Post 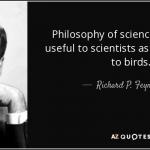 November 16, 2017 Feynman's Folly and Why Philosophy of Science is Important
Browse Our Archives
Follow Us!

Crokin: Tom Hanks to Be Arrested...
Dispatches From the Culture Wars
Related posts from The Secular Spectrum

Teenager Dies from Covid-19 Due to Being Medically...
My opinion is that the US healthcare system is a crime. And...
view all Nonreligious blogs
Copyright 2008-2020, Patheos. All rights reserved.