Feynman’s Folly and Why Philosophy of Science is Important

Feynman’s Folly and Why Philosophy of Science is Important November 16, 2017 Shem the Penman

According to Richard Feynman, philosophy of science is for the birds.

Philosophy of science is about as useful to scientists as ornithology is to birds. (Usually attributed to Richard Feynman)

This is a major misconception for a lot of reasons. It’s not like philosophers are supposed to generate scientific data, and beat scientists to the punch. They’re assessing the scientific method and its methodologies, and its practice in scientific research and academia. They’re not telling scientists how to do their job, they’re articulating questions that scientists are dealing with in their work:

What is a theory and what is a law of science?

Realism and anti-realism: To what extent do scientific theories describe reality?

Reduction and emergence: What is reductionism?

What is falsifiability? Falsifiability is often taken to be a “litmus test” of science – it means that a claim can be falsified, or shown to be not true.

What is and is not “scientific”? This is known as the Demarcation problem.

What is the definition of Direct observation? For instance, how many layers of theoretical observation can be applied, before you are no longer directly observing and before the theory laden tools compromise the term “direct observation”?

What are, if any, the ramifications of theory laden observation?

What defines the natural world?

What is the limit of scientific reasoning?

Pseudoscience: what characterizes deviations from scientific principles that might undermine their reliability?

These are all questions that have many conceivable answers depending on the scientific field, the type of inquiry being conducted, the expectations of the interests funding the research, and a host of other variables.

Science as a Philosophical Research Program

There are historians and sociologists of science, but it’s the philosophers of science that seem like lightning rods for the disdain of scientists and science fans alike. Historians of science deal with the historical development of scientific methodology and theories; philosophers deal with the underlying assumptions of those methodologies and theories. Science fans have an idealized and oversimplified view of science, where it’s hypothesis-testing-data-conclusion; they assume that the activities can be carried out without consciously acknowledging these questions. However, as Daniel Dennett says, There is no such thing as philosophy-free science, just science that has been conducted without any consideration of its underlying philosophical assumptions. Ignoring these questions doesn’t make them go away.

What’s Good for the Goose

Lastly, I’m not even sure ornithology isn’t useful to birds. If ornithologists discover important information about things like bird nutrition, migration, and diseases, they could certainly use this information in the field to help bird populations. If anything, the fact that the birds might not be conscious of how much use ornithology is to them makes the analogy to scientists even more pertinent. 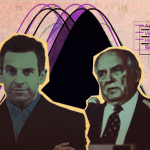 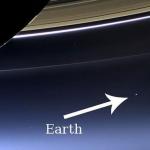 November 22, 2017 The Price Tag for "The Joy of Science"
Browse Our Archives
get the latest from
The Secular Spectrum
Sign up for our newsletter
POPULAR AT PATHEOS Nonreligious
1

The Entirely Unsurprising Sexism That Russell...
Roll to Disbelieve
Related posts from The Secular Spectrum