Reaching ‘Faith Healers’ Is an Urgent Public Health Need. How Do We Do It? 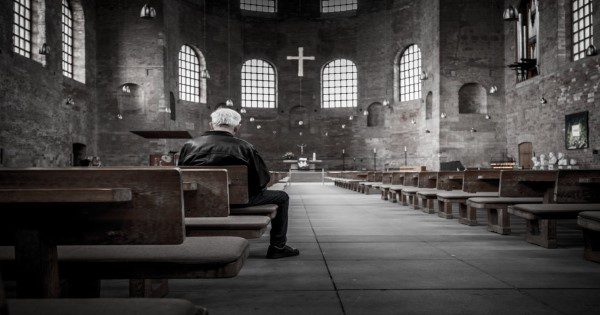 Our species has spent thousands of years trying to use magic to cure diseases. When these efforts appear successful, prayers of intercession get replaced by prayers of thanks. But when the recipient of prayers succumbs, when the magic fails, it’s part of a greater plan.

The lessons we choose to learn from these deaths — or not learn — and the urgency they bring to our medical-scientific apparatuses are some of our greatest tests as a species. Religion can do a good job of reminding us that our actions carry moral and (if you like) metaphysical consequences. But it can also remind us when our actions have entirely tangible consequences as well.

In the year 2019, there are no good reasons to practice religion instead of medicine — not when there are routine treatments and even cures already available for some of the diseases we’re trying to pray away.

Faith healers are still a very real part of the fabric of American and world society. Make no mistake — they do what they do with the best of intentions. But it’s time to stop letting our squeamishness about trodding on “religious rights” sentence children and adults to death unnecessarily every year — especially when either preventive or emergency treatment could have saved them.

We need to reach these faith healers. And we need to do it with love in our hearts for what they’re trying to do, but with a greater love still for the people they’re condemning to needless suffering. How do we do it?

When Did the Public Begin to Turn Against Faith Healing?

The late nineteenth century witnessed one of the earliest known cases of the public successfully prosecuting faith healers.

In this chapter of our history, a closed community within the English Christian Church was found complicit in the deaths of “successions of children” due to preventable causes. This group, known as the Peculiar People, rejected modern medicine as a matter of course and typically used what was known as the “Epistle of James” — a kind of anointing — to “cure” their younger members of various maladies.

This was, at the time, not a new idea. And while the prosecution of the Peculiar People didn’t stop the practice of faith healing in England or elsewhere, it was instrumental in beginning to change the public’s opinion of faith healing. This case and others like it helped build a strong foundation of legal precedent that’s still being used today. England in 1868 passed a law forbidding the “willful neglect” of children, effectively banning parents from using faith-based “medicine” when actual medical science already provided a viable treatment.

It felt like a corner had been turned. Unfortunately, there’s always a “but.”

When 183 Children in Idaho Die from Prayer

One of the most popular straw-man fallacies among conservatives is that liberals in America wish to “criminalize” prayer — either in public spaces or in general. But you are rather unlikely to meet very many liberals who view praying as a crime — except in very specific circumstances.

As of mid-2016, 34 states plus the District of Columbia had laws on their books shielding parents from the legal consequences of using religious grounds to refuse to seek medical care for sick children. These so-called “religious exemptions” to what are supposed to be non-negotiable child abuse protections have managed to persist, even as they produce tragedy after tragedy, in the form of national and global headlines.

Idaho is known as one of the friendliest states for faith healers — and in late 2018, it became the latest flashpoint for this ongoing controversy. That February, protestors swarmed the Republican-controlled Capitol to demand they “correct” the state’s laws, which, since the 1970s, have failed to hold parents accountable who choose death for their children over medical triage. The ’70s saw the introduction of Idaho’s religious exemption to its child abuse laws — a decision which, according to protestors, has led to the deaths of 183 children in the interim from preventable causes.

The separation of Church and State is a rallying cry among religious conservatives — and Representatives like Christy Perry used the language of the First Amendment to defend these antiquated and superstitious exemptions in 2018. When that didn’t work, she retreated to religious ground instead.

Perry is right about precisely one thing — death is a natural part of life. But the unnecessary death of a child is the very furthest thing from a “natural occurrence.” The twisting of the Constitution to score points with one’s political base, with no regard for the collateral damage, is a monstrous act. We won’t solve this by petitioning conservative politicians.

It begins with approaching faith healers with love in our hearts, and that means helping them understand that the line they’re drawing in the sand isn’t about religious freedom at all, but instead about somebody trying to score votes.

The second objective in reaching out to these people involves education. Religion exists to solve problems and answer questions we haven’t solved or answered yet. But the children our religious communities have buried over the last several years didn’t die because we didn’t have a solution for what ailed them. They died from things like:

It’s not even always a matter of bringing people up to speed on the last hundred years of human scientific advancement. Many faith-based health care systems have found ways to introduce modern techniques and medicines into their service offerings while still catering to the faithful. But consider the last bullet point above — merely ensuring every American citizen grows up with a minimum knowledge of First Aid would, by itself, go far in saving some of these lives.

We have as a species managed to deliver ourselves from all kinds of ignominious and preventable fates. Opinions may differ on the best ways to do so. But our Constitution must not be used as a bulwark that protects child abuse, no matter how theoretically pure intentions might be.

Always remember the epistle of the holy man chased onto his roof by a terrible flood. He sits up there shooing away helicopters and rowboats, insisting God will deliver him personally. He drowns after dismissing every would-be savior. 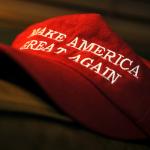