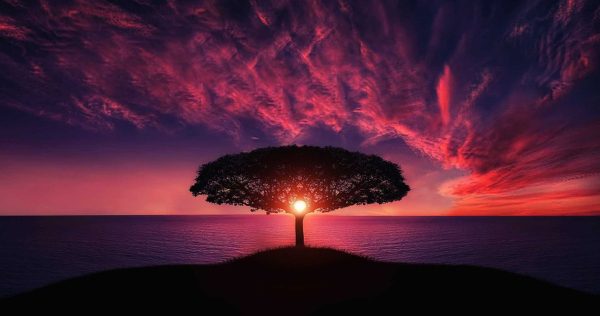 One way or another, everybody believes the whole Universe operates according to some kind of order. Religion and science both came about as institutions because we needed a way to 1) understand the Universe and 2) talk about what it means for us as thinking animals.

In a lot of ways, the religious animosity we see all around us, between major and minor faiths, and between sub-groups of sub-religions, has distracted us from the point of congregating with one another in the first place: to bear witness to Creation and remind ourselves we’re a tiny part of it.

Nature is fueling a minor revival right now in how non-denominational believers, non-believers, Christians, Protestants, Catholics, Presbyterians, Muslims, Hindus and many others express and spread their philosophies and observations. The wonders of the natural world have always been the guiding light of inspiration for theologians and scientists alike, who both looked at trees and mountains and galaxies and sought to better understand the “how?” and “what for?” of everything that exists.

And now, nature is once again getting churchgoers, faith-seekers and non-believers alike closer to the earth. To be more specific, many churches in America are choosing to literally get back to their roots by gathering outdoors to hold services and unconventional revivals.

Victoria Loorz identifies as Christian, roughly speaking, and so does her congregation of about a dozen who meet with her on Sundays. Their services, nothing about which would look out of place underneath a steeple, takes place in beautiful natural surroundings near the Ventura River in California. Her followers meditate above all on the communion that exists between all living things. Loorz says:

“I call this church ‘The Conversation.’ Conversation is God. It is love — not a noun, but a verb. It’s the interaction of all things in relation to each other.”

It’s a nice sentiment. And it’s simple enough to gel with most religions and even, when you get right down to it, many of the sciences.

But it also proves an important point: that when you strip away the printed religious works and apocrypha, and political-religious rancor, and churchgoing as a tax-free but nevertheless profitable human institution, what you’ve got left is — wondering. And then, humility about how much there is out there to wonder about that’s larger than ourselves.

Nature Is Catching on

That small church by the Ventura River is far from the only group of American believers looking past the noise and bustle of modern life to what gave rise to religions in the first place, which is the desire to surround oneself with people who care for themselves and for the earth — but, importantly, for whom the idea of “God” is somewhat flexible.

If there’s a point to these outdoor liturgies, it’s to beckon to practicing believers, in every major and minor religion and every religious sect, within Christianity and far beyond it, as well as to atheists, agnostics, unitarian universalists and even Satanists, and remind us all that no matter what you end up naming them, our real gods are Patterns and Order. They regularly behave in ways we don’t like, in ways we find confusing and punishing, and in ways that require us to adjust our behavior.

That’s how big our church is. It’s a church of big ideas — not small ones.

There is a New Life Lutheran church in Dripping Springs, Texas, where a pastor holds services underneath live oak trees and brilliant sunshine.

The Catholic Committee of Appalachia has committed itself to transcending traditional religious boundaries by “re-wilding” their faith outdoors and nurturing their shared sense of participation in a shared journey.

Close to the political heart of the United States, the Center for Spirituality in Nature has taken to holding monthly public revivals in local parks to inspire community-wide consciousness-raising about Divinity being a shared experience among all living things on Earth.

These groups do these things through live music and dancing, solo and group-based walks through natural areas, denomination and non-denominational worship services and, of course, sermons and quiet meditation underneath an open sky.

Interestingly, that small congregation helmed by Victoria Loorz is just one branch of an “organization” — as loose an application of the term as you’re likely to hear — that now spans 16 of America’s 50 states.

It’s not a surprise that California was among the first — it’s a big state that’s lately been unafraid of flying its progressive flag proudly. It figured out how to play by the new “Obamacare” rules better than most other states and it has lately committed itself to a very social and progressive agenda that includes universal health care — another idea that can, and should, fit right in among any decent religions’s list of priorities centered on improving the human condition and showing more compassion for fellow beings.

The very wide appeal of the message being spread here has huge implications. It represents the coming together of believers, atheists, conservatives, democrats and many others. Environmental activists and other left-leaning groups, who’ve been left in the cold by their church’s continuing alliance with the extreme right-wing in America, now have a church that’s compatible with, among many other beautiful notions, the idea that planet Earth is absolutely nobody’s property.

We rent it, like we rent these bodies, for 60 or 70 years at a time. Opinions may differ, but it seems sitting in respectful, introspective and humbling meditation for an hour or two every Sunday is a worthwhile undertaking. If Nature isn’t the true Chapel of the Everyman and Everywoman, we don’t know what is. 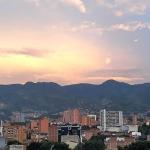 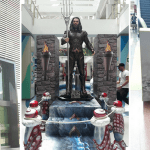 August 12, 2018 The Joker and the Supermen: Secular Story-Telling in a Spiritual World
Browse Our Archives
Related posts from The Secular Spectrum