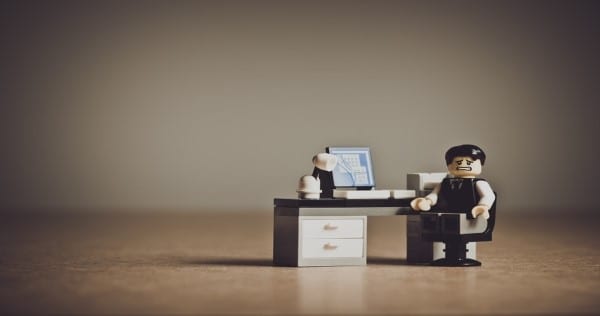 Employee benefits, workplace rights and even the very definition of employment itself have all changed a lot over the last few decades. One thing that hasn’t changed, however, is the fact that at-will employment is the rule rather than the exception in the United States. There is only one state in the U.S. that doesn’t follow this blueprint for job creation: Montana.

The degree to which this concerns you probably stands in direct proportion to how strongly you believe in workers’ rights. If causes like a five-day workweek, an eight-hour workday, the banning of child labor, the right to unionize, and the right to oversight for dangerous and predatory workplace conditions don’t concern you, your feelings about at-will employment will likely be equally minimal.

However, if you’ve come to a grudging peace with the fact that survival in America and elsewhere requires a job with decent benefits and a tolerable work-life balance, you know that the employer-employee relationship is both complicated and an inescapable part of the fabric of our society. It’s also an expression of trust.

At-will employment is an affront to that trust in more ways than one, and directly relates to religiously-fueled intolerance in the workplace.

What Is at-Will Employment?

The concept of at-will employment does not dwell in the Constitution. According to historians, the precedent for this type of employer-employee relationship exists solely in American courts. The earliest traces can be found in cases from the late 1800s, with one judge from Tennessee declaring that “All may dismiss their employee[s] at will, be they many or few, for good cause, for no cause, or even for cause morally wrong, without being thereby guilty of legal wrong.” This ruling single-handedly shaped 200 years’ worth of economic growth in America, without the help of any formal legislation.

Did you get all that? “Even for cause morally wrong” is especially noteworthy. This is as blank a blank check for discrimination as you’re ever likely to see.

In a nutshell, this is the only reason why at-will employment is legally protected in all but one state. In virtually every case where an employee or a group of them has sued their employer for wrongful termination, one judge or another has determined that the act of hiring somebody is also an expression of moral authority. No matter what.

As in: You can be fired, legally, for uploading a video to the internet depicting workers striking in the name of better conditions and pay.

As in: You can be fired, legally, for telling your employer you’re transgender or gay. Or for being a Muslim, or a Christian or an atheist.

As in: The employer is always right, and no matter what you say, how you behave or how completely you believe you’ve adhered to your employer’s code of conduct, your job and entire livelihood is dangling by the fine thread we call human will.

I’ve said it before and I’ll say it again: Religion, racism, sexism and other discriminatory biases absolutely do not belong in the workplace, but somehow, we continue to let it slip through the cracks.

Other court cases down through the decades have done additional damage to the power dynamic in the American workplace. In the early 1900s, the United States Supreme Court justified at-will employment by noting that if companies have the right to terminate workers for a variety of causes, the employees themselves have the right to seek work elsewhere.

Again, let’s translate. This is the U.S. Supreme Court arguing, in 1908, that American citizens should blow up or uproot their entire lives rather than bring a legitimate workplace grievance to either their employer’s, or a relevant authority’s, attention.

We seem to still hold this argument as axiomatic today. Americans everywhere will justify poor workplace conditions by noting that free persons can “find work elsewhere anytime they like.” That makes it sound as though changing jobs were as simple and casual as exchanging a pair of pants that doesn’t fit right.

If America was intended as a laboratory of democracy, then the workplace is one of the most important venues available to us where we can explore how a stronger and more social democracy might come about.

Allowing this idea to fester — this notion that employers can do as they please, so long as it serves capital and we maintain the illusion of a laterally and upwardly mobile workforce — is doing serious damage to our ability to police ourselves and our companies. So long as at-will employment is the law of the land, and so long as the right to unionize is on the ropes, expect a chilling effect in the numbers of employees willing to come forward about poor workplace conditions and other matters.

At-will employment creates a culture where workers who know their employer may scrutinize them for one reason or another, and could fire them at any time, are far less likely to blow the whistle on other questionable behavior in the workplace, including reporting injuries or hostile conditions. And make no mistake — even though we have protected classes under Title VII, reasons for dismissal still often secretly have to do with incompatible religious beliefs or an employer’s “moral judgment” on lifestyles different from their own, such as sexual orientation. Most anybody should be able to recognize this as an entirely unbalanced and even predatory relationship.

The United Nations recognizes the right of every person to choose who they work for. The same UN declaration says a decent-paying job is, itself, a human right. If that’s the case, it means employers answer to the people, rather than the other way around. They may own the means to produce essential goods and services, but ownership isn’t enough to derive moral authority.

If there is to ever be a more level playing field between the working class and political donors, it has to start with the employee’s right to speak their mind about workplace conditions or the direction of the company — or, failing that, merely the right to be themselves in the workplace.

February 10, 2019
The Intertwined Pull of the Secular and Religious in a Divided America
Next Post 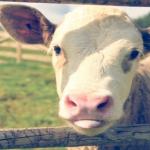 April 18, 2019 Why Do We Question Vegetarianism When It's a Personal Choice but Not When It's Religiously-Motivated?
Recent Comments
0 | Leave a Comment
"He didn't like philately? Trump loves it!"
Jim E Jones The Business of Religion and Liberty ..."
""Probably there are no ardent anti-stamp-collectors to worry about"I wouldn't be too sure of that, ..."
Brian Shanahan The Business of Religion and Liberty ..."
"there is an age old question i just came up with:does religion make hypocrites of ..."
crackerMF Yasir Qadhi’s Elitist Ruse to Conceal ..."
"Land use is not set in stone. An area presently formed into Soccer Playing fields ..."
vortexau Yasir Qadhi’s Elitist Ruse to Conceal ..."
Browse Our Archives
Related posts from The Secular Spectrum