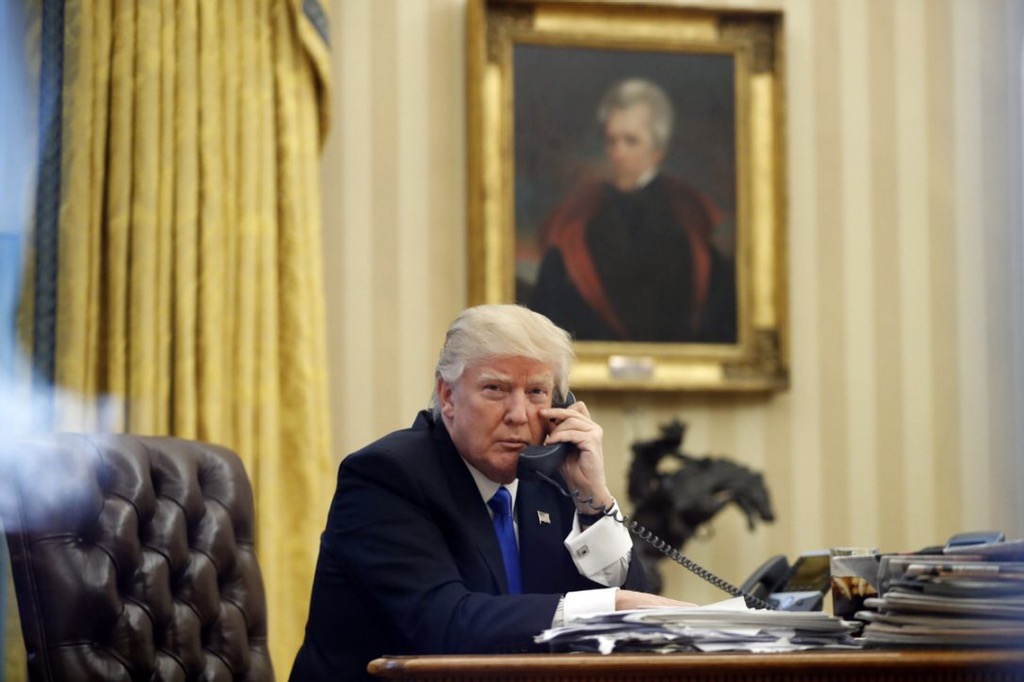 When Donald Trump was elected President, quite a few people asked me which former POTUS he most brought to my mind. I didn’t hesitate for a moment. The obvious answer to the question was our 7th president, Andrew Jackson. So, it came as no surprise to me that Mr. Trump decided to decorate the oval office with a portrait of Jackson. It should probably be noted that most presidents in modern times would shy away from being compared to Jackson who has largely fallen out of favor as history has begun to judge him more harshly for his most controversial administration–but not The Donald. He seems to wear the comparison as a badge of honor, a very Jackson-like move. After all, it was Andrew Jackson who was called a “jackass” by his detractors and actually took it as a compliment–so much so that his Democratic party adopted the animal as their mascot. So why did I immediately think of Andrew Jackson as the most obvious former president for comparison to Trump? Well, it certainly wasn’t their early lives.

No president had an upbringing like Andrew Jackson. His early life was simply dreadful. He was on his own and running wild by the time he was a young teen. He came from literally nothing. If ever anyone deserved the moniker of self-made man it was Andrew Jackson. That much we can all agree to admire about him. His early life shaped him into an extraordinarily tough and stubborn character (I wrote about his legendary toughness HERE.) By contrast, Donald Trump was born into wealth and privilege. Yet, through a very different path he, too, developed a measure of toughness and stubbornness which he, like Andrew Jackson, carried with him to the White House.

Both Jackson and Trump had the uncanny ability to win the suppport of the common man. Jackson was the champion of the poor farmer and working class stiff largely because he came from the same stock. Jackson hated the privileged eastern fat-cats (he, no doubt, would have hated Donald Trump for that reason). He campaigned on rhetoric that rang true to a portion of the population that had previously felt ignored and unheard by the powers-that-be. Jackson’s appeal with that demographic was so great that the phenomenon was labeled “Jacksonian Democracy.” Before the age of Jackson, politics was, by and large, a rich man’s sport. Jackson brought a whole new wave of people to the table of their government. The ultimate symbol of this was the fact that he opened the White House to the public for the inauguration party. This turned out to be a bad mistake as it basically turned into a drunken frat party. But the message was received loud and clear that the once overlooked common man now had a voice in the government. And 188 years later, a similar mob of underestimated common men, with the help of the Electoral College, put Donald Trump in the White House. By the way, Andrew Jackson wanted to abolish the Electoral College and so did Donald Trump, once upon a time. But I digress.

Andrew Jackson was widely criticized for his unprecedented use (or abuse) of the Spoils System. When he took office, he cleaned house to a much greater degree than any of his predecessors had and awarded his supporters with jobs in his administration. Jackson received a great deal of criticism over this because many of the people he selected to fill these government jobs appeared completely unqualified for them. He seemed to be filling positions based on nothing more than a reward for support. Donald Trump has taken considerable heat for some of his cabinet appointments most notably, perhaps, his choice of Education Secretary, billionaire Betsy DeVos. Mrs. DeVos seemed to possess few qualifications for that position other than the fact that she donated hundreds of thousands of dollars to the campaigns of many of the Senators who voted to approve her appointment.

Another similarity that has surfaced since Trump has been on the job is the contentious relationship between the two presidents and the Judicial Branch of the government. During Andrew Jackson’s controversial Indian Removal efforts, the Cherokee nation sued for the right to keep their sovereign nation (which, by then, had shrunk down to a segment of northern Georgia). The case went all the way to the Supreme Court and the Cherokees won. President Jackson thumbed his nose at the decision saying, “Justice Marshal has made his ruling, now let him enforce it.” Jackson pushed his policies right on through in direct defiance of the Supreme Court and the Constitution. Donald Trump has not yet done anything so drastic as that, but he made it very clear that he did not respect the court ruling that placed a stay on his controversial immigration ban when he took to his favorite tool, Twitter, and lambasted the court and the judge who made the ruling. One wonders how much fun Andrew Jackson would have had if Twitter had been available to him.

Perhaps the most obvious similarity between Jackson and Trump is the fact that hardly anyone is on the fence about them. With both men, it seems you either love them or hate them and there is very little middle ground. Ask a Trump supporter how they would grade the first few weeks of the administration and they’ll say, “A+…he is doing exactly what he said he would do, it is a breath of fresh air!” Ask a Trump detractor how they’d grade him and you’ll hear, “F…he is doing exactly what he said he would do, it’s going to destroy us!” I suspect the reaction among Americans of the 1830s was much the same when asked about Mr. Jackson.

To the chagrin of many (Native Americans in particular), Andrew Jackson ended up on the $20 bill. For the life of me, I can’t picture Donald Trump on future currency. But in this topsy-turvy world, all bets are off.

February 16, 2017
Was David Rice Atchison President for a Day?
Next Post