Looking for Facts in the Wilderness of Truth Kudzu

Kudzu is an invasive vine that was introduced to the Southeastern U.S., in part, to help control erosion. Like so many foreign species introductions, it’s proven to be extremely problematic. Kudzu spreads like wildfire and it can quickly overtake entire forests, choking them out from the sunlight and killing the trees it uses as hosts. Before long, a once healthy forest can become a vast skin of kudzu covering a skeleton of dead trees.

To my way of thinking, another invasive parasite is threatening to choke out truthful facts from seeing the light of day in America–I call it, Truth Kudzu.

Truth Kudzu invades our national narrative and smothers facts. Like a parasite searching for a host, Truth Kudzu creeps out of the rhetoric of party leadership, takes root in agenda-driven, biased media outlets, and spreads out through social media. Before we know what hit us, we are entangled in it and forests of facts are being choked out from seeing the light of day.

We have come to the point where people only trust information that tickles their own biases. Confirmation bias has become pandemic in our nation and it starts from the top. President Trump, even while achieving historically high disapproval ratings, continues to galvanize his supporters under a banner inscribed with the mantra of “false news.” Mr. Trump has banned major news outlets from White House press events, including CNN, BBC, and others. This from a man who famously supports unabashedly biased right-wing media outlets such as Fox News, Breitbart, and even the incredibly nutty Infowars.

The White House just held a press briefing but would not allow reporters to film or record audio of any of it. What madness is this?

It has gotten to the point where social media is awash with “news stories” that are so obviously untrue that it is laughable, but they are being shared as if they were communion wafers.

Though I am clearly not without my own political bias, before I share any story on social media, I try to perform my due diligence to fact check it. I will go to several sources to verify it. If I don’t find enough corroborating evidence to support the story as factual, I wait until I know more. That is the way it is supposed to work.

Often, I will see social media friends share a viral post about something in the news and I will immediately smell a rat. A quick 2-minute trip to Snopes, or Factcheck.org, or Politifact almost always confirms my suspicion that the story is either misrepresenting facts or, often, complete rubbish. Sometimes I will supply the link to the fact-checked article, expecting them to quickly remove the false or misleading story. They almost never do. Often, I get a response such as, “I don’t trust that site, they are liberal,” or words to that effect. Sometimes I’m just ignored. But the false or misleading story almost always remains, continuing to spread misinformation and deepening the divide that is tearing our nation apart. That’s the way it spreads–you can almost see those Truth Kudzu vines creeping forward to smother yet another fact.

I don’t really even think that most of my social media friends are intentionally spreading false news. I just think they have become entangled in the kudzu jungle and they can’t recognize the truth anymore. They have allowed their confirmation bias to lead them right into the trap set by those in at the top, both in outward leadership positions and those pulling the strings behind the scenes.

As I said, I’m not without my bias, but I fight hard against confirmation bias. I have not given up the fight against Truth Kudzu.

It’s time to grab some machetes and start hacking away at the this invasive species threatening to smother our nation.

It’s time to take facts back. 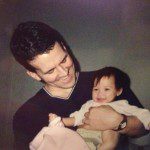 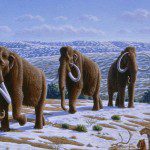