How I Finally Came to Understand My White Privilege

How I Finally Came to Understand My White Privilege July 2, 2017 Shane Phipps 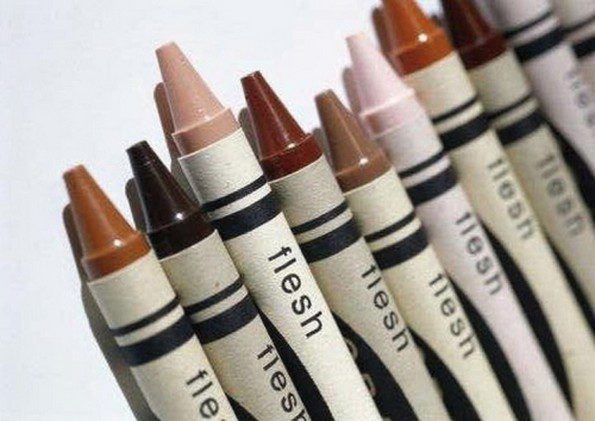 As a history teacher, I consider one of the most crucial parts of my job to be presenting history from multiple perspectives. I want my students to get a true picture of their country’s history by developing a sense of empathy for the groups of people who haven’t always enjoyed the blessings of liberty. The “winners”, they say, get to write history. But the “losers” also have an important story to tell. Without their story, none of the problems we face as a nation have any real context.

In the spring of 2015, I was teaching a lesson on the New York City Draft Riots of 1863. This bloody and destructive four day event was the result of poor whites in New York protesting against the newly instituted military draft. They felt singled out unfairly because free blacks were not required to sign up for the draft and rich whites could buy their way out. They lashed out in anger, burning down buildings and killing any free blacks or rich whites they could manage to get their hands on. This lesson took place not long after the riots in Baltimore over the death Freddie Gray while in police custody. I decided it would be a great opportunity to examine the reasons why people riot by comparing these two events. The point I wanted to drive home is that people resort to rioting when they feel disenfranchised, singled out, and hopeless. I showed a clip from the movie “Gangs of New York” (you can watch the clip here) that shows graphic reenacted depictions of the poor whites terrorizing the city. The students then read an article about the event. Then we read about the Baltimore riots, which were still fresh in the headlines, and I showed some raw footage of the looting and rioting in that city. In the class discussion that followed that clip, a student made an observation that had a profound impact on me. It brought home white privilege like a heavyweight punch between my eyes. I will come back to this moment a little later.

During my lunch break one day this past May, I was sitting at my desk and had a visit from another teacher down the hall. She happens to be the only African-American teacher in our hall and one of only a handful in our building. It’s not unusual for her drop in and touch base about one of her students or some assignment or idea we have talked about, but that day was different. She came in, sat down, and said, “I’m having a rough day.” I stopped what I was doing and just listened. She started to tell me how she was having a really hard time dealing with her emotions over the Tulsa police shooting of unarmed Terence Crutcher. She asked if I had seen the helicopter footage. I told her I had.

I said, “I know,” I really didn’t know what to say…”I guess because he was big and black.”

She then began to tell me how these events were weighing so heavily upon her that, some days, she just can’t take it. Then she buried her head in her hands and began to sob. I felt so bad for her and so utterly unequipped to help her. All I could offer at that moment were tissues.

We talked some more. I mostly listened. What could I say, really?

She told me that she came to me because she felt like I “got it.” I told her that I’m trying to get it and I try to write about it in hopes of getting anyone willing to set aside their preconceived world view and, at the very least, start listening to the message of those who are hurting and crying out in anguish all over this nation.

Then she cried out in anguish so eloquently about a condition I never have to even consider. She told me how she is terrified for her brother, a college graduate with a professional job who also happens to have dreadlocks down his back. She lives in constant fear that he could end up like Terence Crutcher after a routine traffic stop because of the growing fears of young men who look like he does. And then she said, “I’m tired of dealing with the constant news of another injustice in our society. I really don’t know if people understand what it is like to get on the internet daily and see such hate-filled comments against their culture for things that are completely out of their control. I can never change my skin color. The saddest part is explaining to my daughter that people may hate you for no reason other than the way you look. African-Americans are always expected to quietly endure, be strong, and not make excuses. It can become so heavy after a while. Like a boulder on your shoulder that no one can see, but you can feel the weight pulling you down.”

I wanted to say something that would make her feel better, but the words wouldn’t come. I think all I said was, “I know.”

But that’s just it. I don’t know. I can never really know. That is my white privilege. White privilege is not some specific advantage I get that assures me of having a better job or higher pay. It doesn’t get me into some sort of secret club. It means I don’t have to carry the weight on my shoulders that my friend carries every day. Most days, I am not even remotely aware of that burden.

I don’t know if I helped my friend by being there to listen. I hope, in some small way, it helped her to vent a little. I do know this, I am incredibly honored that she chose my room in which to unload her burden, and I told her that she is welcome to do so any time.

Now back to my story about the riots lesson. During the class discussion that followed the Baltimore riots video clip, I asked the students what kinds of things they noticed. One student, a white boy who had a bit of class clown in him, raised his hand and said, “all the rioters were black.” I think he was trying to be a wise guy with that comment, but I took his bait.

“True,” I said, “but you didn’t say anything about the rioters in the New York Draft riots all being white, did you?”

It became crystal clear to me at that moment. I usually don’t notice either. I spend most days never giving any conscious thought to my skin color. I spend most of my days as a member of a clear majority. A large percentage of the people I am normally around look a lot like me. But, just occasionally, I find myself in a situation where I am in the minority. In those situations I become hyper-aware that I am white and most of the people around me are not. In those situations, I am stripped of my white privilege and I immediately lose the comfort that comes with it.

My friend down the hall, and millions of other African-Americans or other people of color in America rarely, if ever, get to feel that comfort level.

The concept of white privilege is a touchy subject with some white folks. Frankly, some are completely fed up with hearing it. Many of them, even if reluctantly, find themselves drawn into the camp of Donald Trump supporters because he seems to be the only one who understands their frustrations. I know this because many of them are my friends.

We have a long and winding road ahead of us if we ever want to even start to get past this. I don’t know the solution, but I know the first step is to be honest with one another that the problem exists. 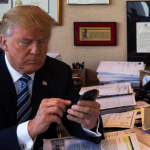 June 30, 2017
Christian Trump Supporter, Can You See the Emperor Has No Fruits?
Next Post 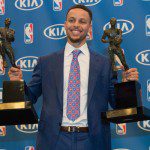 July 6, 2017 Steph Curry's New Contract Reflects America's Biggest Problem
Recent Comments
0 | Leave a Comment
"Thank you for this.My last pregnancy was so agonizing that it caused suicidal prenatal depression ..."
Juniper Defending My Politics with My Faith: ..."
"I'm sorry your pregnancy was so difficult. However, I wouldn't say there is 'no moral ..."
Harold Porter The Christian Right is under siege ..."
"The maximum marginal income tax rate in the early 1950s was 92% on income earned ..."
Juniper The Christian Right is under siege ..."
"We...could...tax the rich. Like we did before. You know, when the New Deal gradually created ..."
Juniper The Christian Right is under siege ..."
Browse Our Archives
get the latest from
Empathy Mining
Sign up for our newsletter
POPULAR AT PATHEOS Politics Blue
1