Christian Trump Supporter, Can You See the Emperor Has No Fruits?

Conservative Christian who still supports President Trump, I am going to begin this piece with an invitation and it is a sincere one. Since you still support President Trump and claim that God has a plan for him to “make America great again,” I request that you reply in the comment section at the end of this article to defend your reasons. I do ask one thing, don’t reference Hillary Clinton in your defense of Donald Trump. That ship has sailed–she lost–kindly get over it. After more than half a year of the Trump administration, if you still think the our president is serving as an instrument of God, please explain to me how. I promise, I am not asking in a flippant or facetious tone, I just really want to understand–after all, the name of my blog is Empathy Mining–trying to understand is what I do. But, before you lay out your case, let me, as a more progressive Christian, lay out mine.

In the interest of full disclosure, I wasn’t a fan of either candidate in the election, but I saw enough of Donald Trump’s act to know that I could never vote for him to be a dog catcher, let alone the leader of the free world. So, I was taken by surprise when I saw election returns coming in. It became clear that a big portion of Trump’s support was coming from conservative Christians. I guess I expected some of that from those on the far-right, but as it became clear that a lot of Christians I knew personally had pulled the lever for The Donald, I became quite disheartened–perhaps even depressed–as I wrote about here.

In the aftermath of the election, I tried to be patient and not jump to the conclusion that we had a hopeless situation on our hands. I held out for a slight chance that, after he won, Trump might drop his strange act and settle into the dignity of his office with more charm, grace, kindness and basic dignity.
I’m still waiting.

I guess I was mostly disappointed because so many people I love and respect–even if we disagreed about some things–had, in my opinion, been suckered into buying a bill of goods hawked by blustery shyster. His well known dubious history as a misogynist and his ongoing, mean-spirited and seemingly constant Twitter rants bothered me deeply. I saw no evidence that Trump was reflecting anything at all that would make him attractive to my Christian friends–I was bewildered. But Christian friends, here is a verse with which you all are familiar. I ask you to search your hearts and your memory banks to find examples of Donald Trump displaying any of the Fruits of the Spirit.

But the fruit of the Spirit is love, joy, peace, forbearance, kindness, goodness, faithfulness, gentleness and self-control. Against such things there is no law.

Love–I suppose Mr. Trump loves his children, I have no doubt about it. I believe he probably loves his wife (his third), though he sometimes fails to show it publicly. I know he loves money–does the Bible have anything to say about the love of money? (Hint: see 1 Timothy–Trump would say “One Timothy”–6:10)

Joy–President Trump seems to take the most joy in his victories over other people. This is most apparent because he talks about his wins on a daily basis. Does the Bible have anything to say about being boastful? (Hint: YES–a whole lot)

Peace–President Trump hasn’t started any wars yet, but is anyone not worried about that prospect becoming a disastrous reality–North Korea…Russia…. But beyond international diplomacy, could you describe President Trump as a peace-loving man? He seems happiest when he is attacking or striking back at people on Twitter. He does that on a nearly daily basis. This link contains a partial list of some of our president’s meanest tweets–boy, oh boy, it does go on and on. Does the Bible say anything about how to react to someone when you feel they’ve wronged you? (Hint: see Luke 6:29)

Forbearance–That’s a fancy word that means patience, self-control, restraint and tolerance. Need I even go on with this one, Christian friends? Have you seen any example of forbearance from President Trump?

Kindness–Again–come on now–who could, with a straight face, label Donald Trump as a kind man? I could obviously point you back to his Twitter history, but let’s look at his platform. Look no further than his proposed health care plan. This plan appears to be a not very well veiled tax shelter for the wealthiest Americans while it could end up taking coverage away from millions of the poorest. Does the Bible say anything about taking care of the poor? (Hint: YES–a whole lot!)

Goodness–According to Dictionary.com, goodness means the following; integrity, honesty, uprightness, probity (strong moral principles), and virtue. I’ll just leave that list right there and let you search it a bit. Get back to me when you are ready to list examples you find in our president.

Faithfulness–Donald Trump has a long history of marital infidelity, and he has a history of bragging about it. Does the Bible say any thing about infidelity? (Hint: yep!)

Gentleness–Would you call a person who would shove a prime minister out of the way so as to get a spot front and center for a photo op gentle? I wouldn’t.

Self-Control–This is number 9 of 9 Fruits of the Spirit but, in a way, it is a composite of all of them. Look back over the first 8 and tell me, does our President demonstrate self-control?

So Christian friends, I have made my case that Donald Trump is not someone who, in my opinion, Christians should hold up as a shining example of the kind of leader God would want for us. In a moment, I’d like for you, dear Christian friends who still support Trump, to make your case for him in the comments.

First, let me leave you with a couple quotes I found particularly powerful and useful for this discussion.

“Human kindness has never weakened the stamina or softened the fiber of a free people. America does not have to be cruel to be tough.”

“If we serve Jesus, then every act and thought has meaning. Acts of kindness are not just niceties, they become acts of worship.” 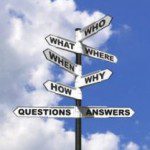 June 27, 2017
The Liberating Power in the Potential of Wrongness--Making Room for Empathy
Next Post 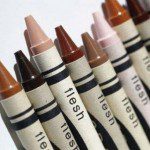 July 2, 2017 How I Finally Came to Understand My White Privilege
Recent Comments
0 | Leave a Comment
Browse Our Archives
Follow Us!