Master Moves Made by the Far-Right Have Dominated the Game 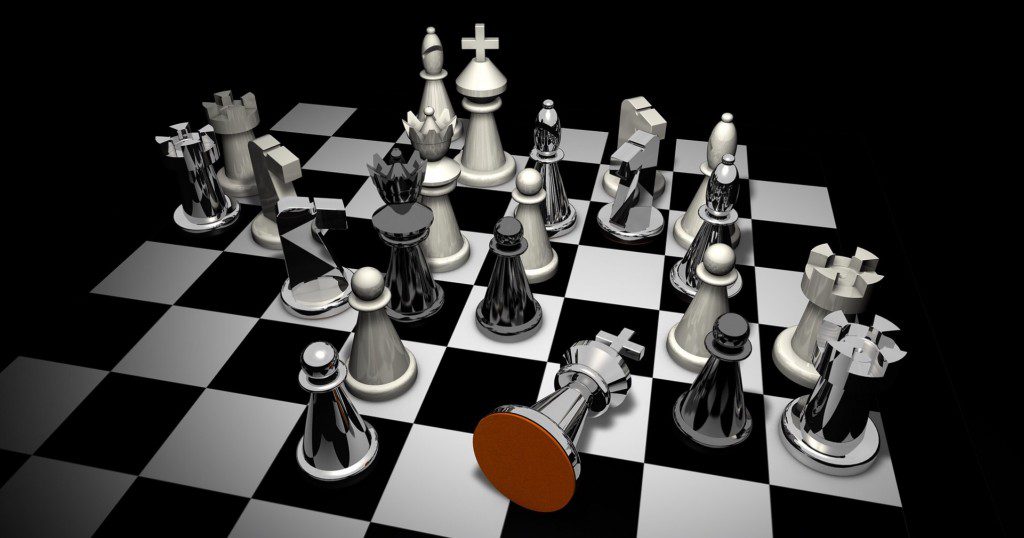 Politics is a chess game–a cold-blooded, high-stakes, winner-takes-all game. For the past few years, the far-right has dominated the game. They have done so by slowly but surely making moves that have built a rock solid voter base that clings to their platform with religious–literally religious–fervor. You’ve got to hand it to them, they have played a marvelously effective game.

They have managed to hide their true leadership, the mega-wealthy and shamelessly greedy corporate heads–people like the Koch Brothers–behind the scenes from the vast majority of their voting base. Instead of putting the true puppet masters front and center, they use conservative Christian leaders and silver-tongued media pundits to influence the hordes of frustrated folks in Red America.

The far-right has managed the game by capturing control of the narrative in several key areas.

They did a great job of branding all the traditional news outlets as bastions of far-left, liberal propaganda while building up their own cable network (Fox News) and oline media (Breitbart, Drudge, et al.)–the sources with the most obvious bias of any–as the only outlets of reliable information. So skillfully they pushed this agenda that now, even when stories from their favored sources are shown to be false, they simply point to the fact checkers and label them liberal “fake news.”

They have managed to convince millions of poor, working-class folks in Red America that Conservatism has their best interests at heart. They sell the message that all the good jobs have been sold to the lowest overseas bidder in the liberal zeal for globalization–never mind that most of the people who sold those jobs are pulling the strings of the Republican Party and one of them is the man they elected president. Rather than promote emerging high-tech, eco-friendly industries, they court votes through the hollow promise of bringing back old jobs like coal mining that harm the environment and the miners alike.

The far-right were successful in convincing their adherents that an entire faith’s followers are to be suspected and feared as potential terrorists. As they succeed in manipulating those fears they ignore or cover the fact that their own brethren are just as likely to bastardize religious ideology and commit acts of terror as radical Islamists are. In the process, they manage to get those far-right followers of Christ to support the denial of refugees from parts of the world embroiled in the ravages of war and terror from seeking safe harbor here.

The far-right skillfully sold the false message that America’s public schools are desperately failing. They helped to create that impression by setting up a system of standardized testing which unequally pits student against student, school against school, and district against district, as if all students, schools, and districts were equal to begin with. The fact that the whole system, which creates an inevitable Bell Curve of data, will always produce high, middle, and low results, thus insuring a large pool of failing students, schools and districts, magically gets lost in the process. This shell game creates exactly what they want, an excuse to call for school choice with accompanying tax-supported vouchers.

To help in their efforts to undermine public education, the far-right was able to convince their minions in Red America that God has been banned from public schools. Viral memes and stories, full of lies, circulated around social media and got people hopping mad, convinced that their children were being indoctrinated to turn their backs on Christianity. It’s all baloney, as I wrote about here, but it’s worked to perfection.

The far-right have begun to convince Red America that college educations are less than admirable. There is an ongoing effort to stigmatize higher education as nothing more than a machine to churn out godless, hedonistic intellectuals.

The far-right won the battle to control the narrative about public education, in part, because they had already won the battle for control of the narrative about Christianity. Seizing upon two political issues in particular, the far-right was able to pressure millions of Christians into seeing no other alternative but to vote for their candidates. The issues of abortion and LGBT rights have become a fierce battleground and Christians are on the front lines. The far-right has managed to paint anyone left of center who may support Planned Parenthood, Roe v. Wade, or same sex marriage rights as hell-bound sinners. They have skillfully managed to take those themes and place them at the top of the list of issues about which their Red State Army mobilizes. They have been largely successful in eliminating the idea from their constituency that a true Christian could back any candidate of a party that would support women’s rights to choose or gay rights. They make more progressive Christians look as if we, by supporting a candidate from a party with a pro-choice platform, are somehow pro-abortion. I don’t know anyone who likes abortion. News flash…abortion stinks and pretty much everybody thinks so. I seriously doubt there have been any women who took any degree of joy from getting an abortion. The Supreme Court has ruled that there are legitimate and legal reasons for women to have the right to choose. That choice is between them and God. That’s good enough for me. That doesn’t make me pro-abortion.

The far-right has so effectively vilified an admittedly less than perfect Affordable Care Act that they were able to get the support they needed to purge it without any semblance of a better plan to replace it, thus potentially causing many millions of Americans to lose insurance coverage–a large percentage of whom voted for Donald Trump.

I hate the moves that the far-right has made to gain such a stranglehold on these issues, but I must tip my cap to them for the masterful job they’ve done of it.

So, dear Progressive Leadership, in the game of political chess, you are on the clock. The far-right has skillfully put you in check. You’d better be carefully planning your next moves. 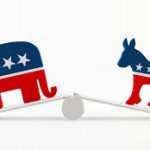 July 13, 2017
It's Time to Eliminate Political Parties
Next Post 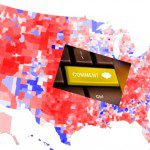