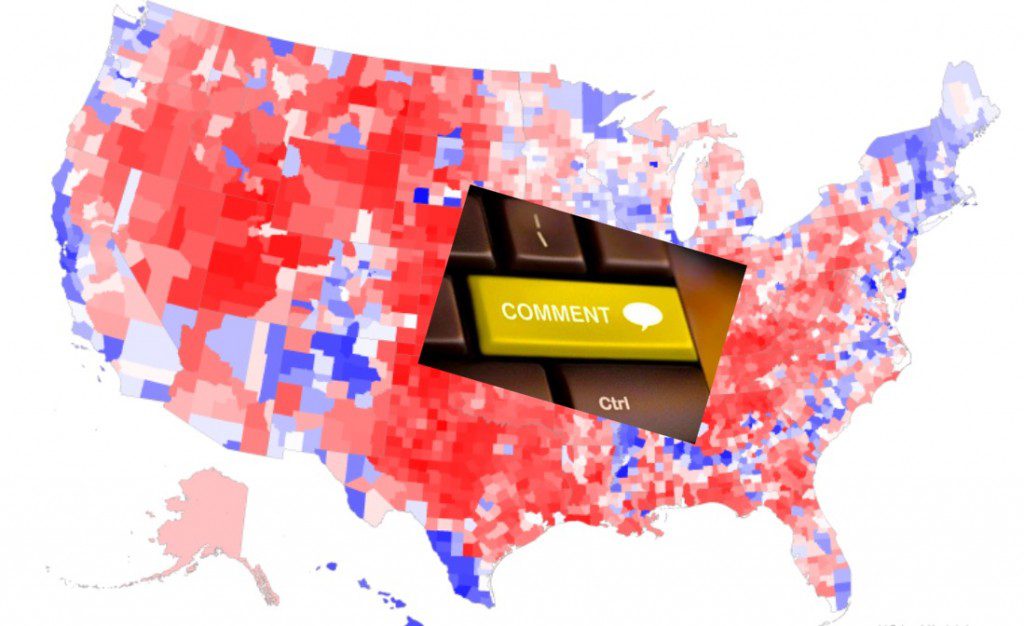 I have a love/hate relationship with social media. For better or worse, if I’m honest, I’d have to admit that I am addicted to it. Like many Americans these days, I check my Facebook and Twitter feeds several times a day–ok, several times an hour. On the positive side, I’ve never been as tuned into what’s going on in the world. Social media has become the place to stay up to the minute on breaking news–this is true about local, national, and world news as well as the all the news about what your friends’ families are up to. Surfing along the surface of social media can be an enjoyable way to keep yourself plugged into anything about which you have the slightest interest. But there is a dark side and it won’t take much digging to find it. If you dare to do so, delving very deep below the surface will take you into the very dark and often depressing, seedy underbelly of social media–the comment threads. It is in this vitriolic cesspool where America’s disease is clearly on display.

I have a rule when I check out social media–don’t read the comments. It’s a great rule and I break it every single day. It’s that morbid curiosity–like passing a car wreck and having to take a look–that brings me back into the abyss of comment threads time and time again. If I’m being honest here, often, when I see a post about some controversial topic–all things Trump, all things religion, police shootings, the removal of Confederate monuments, etc.–I will immediately think, oh boy, I bet I know what the comment section is going to look like, and then I go right in to confirm my suspicion. Doing so will almost always be a depressing experience–no matter how certain I am about what I’ll find there, actually seeing it in print always feels worse than expected.

America’s disease is lack of empathy. I’ve written about this topic quite a bit (you can find examples here and here). This disease is revealed in many ugly symptoms. You’ll find it in the closed minds on the far ends of the political spectrum with people who spend all day feeding their own extreme bias with more and more one-sided information that validates their skewed world view and sets it in stone. You’ll find it in fundamentalist church leadership who have sold their souls to right wing politics and convinced their flocks that Christianity is under siege and that they are doing battle with the rest of the world as opposed to reaching out to it in love. You will find it in the mistrust and and lack of meaningful communication of a still racially divided America. You’ll easily see it in our nation’s jaw-dropping wealth inequality. It’s there in the debates about immigration, education, and healthcare–the list goes on and on.

Everywhere you look, everyone is talking but few are listening.

The scary part about what lies below in the comment threads on social media is the distinct possibility that the real America lurks there. It is a fairly new phenomenon, this viral sharing of information and the unfiltered public feedback that accompanies it. My fear is that it is bringing the depressingly true nature of our country to the surface for the first time in a long while. Just when you think we have evolved, here come the comment threads.

Normally, when people interact online with folks they know, civility is the rule. When discussing controversial topics on a friend’s post, most people hold back in the interest of being polite. There is no feeling of anonymity when you’re interacting with those you know online, so most people mind their p’s and q’s in the interest of maintaining positive relationships and not appearing boorish before one’s immediate peers. However, when people are responding to more national or global viral posts, they develop an attitude that comes with a perceived element of anonymity. It doesn’t feel like anyone you know will see your comment so you let it fly. 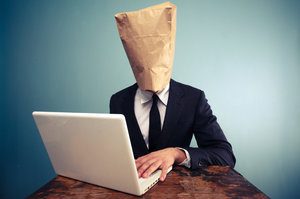 Of course, this anonymity isn’t real. Depending on your privacy settings, everyone may see your comments–often even those same friends with whom you were trying so hard to remain civil and polite. I have been as guilty about forgetting this as anyone and, occasionally, my wife has been more than willing to point that out to me when she reads on her feed comments I have made on threads when I was feeling anonymous. I don’t say anything I don’t mean, and I’m not hateful, but I occasionally say things in ways I wouldn’t dare with people I know.

With that in mind, I am concerned by what I read in the comment threads. I assume there are some people out there who say hurtful things they don’t really mean just to get a rise out of people and stir the pot–trolls, you might call them–but I’m sure that the feeling of anonymity allows the true and dark feelings of millions of Americans to come oozing out like toxic slime from their keyboards–and it’s and unnerving thought.

Go to any article about a Black Lives Matter issue and read the comments. I will guarantee you that, within four or five comments, you will read things that would make Archie Bunker blush–and then you’ll notice that hundreds or even thousands of people have liked that comment. That’s another point–liking things on social media feels even more anonymous than commenting…but it’s not. Nothing depresses me more than seeing friends or family like a comment or an article that promotes bigotry–but it has happened way more often than I could count.

Go to an article or meme that suggests Jesus Christ was radically inclusive for the times in which he lived–a fact that couldn’t be more clear if you’ve read the New Testament–a fact that got him crucified. I’ve seen such memes relating to LGBT rights, health care, school lunch programs, and the like. Read the comments and you will immediately find extremely fundamental Christians shouting down that message as liberal indoctrination and heresy. Is it any wonder that the Church in America has become as divided as politics?

Take a moment and reflect upon the America of a couple generations ago. Some people call those the good ol’ days. Some people think that was when America was “great” and promise to return us to that state. But the concept of the good ol’ days is a myth–those days might well have been good for a certain segment of America, but they were far from good for many, as I wrote about here.

In many ways, America has improved greatly since those days. The equal legal status of millions of Americans has since been guaranteed by our government–on paper, at least. But in some ways, those days were more transparently honest. Back then, our disease was on display and few bothered to hide it.

Today it has moved underground and is buried in our comment threads. 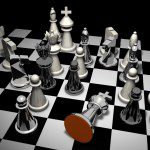 July 16, 2017
Master Moves Made by the Far-Right Have Dominated the Game
Next Post 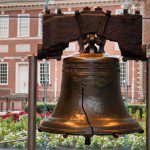 July 26, 2017 The Liberty Bell Curve: It's Time for Centrists to Act
Recent Comments
0 | Leave a Comment
"whats the hold up with my comment, do you only post thoughts that agree with ..."
Frank Holzhauser Someone to Look Down On
"This article is very nice. I would like to share this Coronavirus knowledge to my ..."
TheNewsRegion Five Important Lessons a Pandemic Can ..."
"Funny how I can point to examples of Dems using religion to attack people, but ..."
Hillside Christians, If You’re Planning to Go ..."
"Wrong again. Your statement applies to the Tea Baggers and the Republican Party who have ..."
Medalcollector Christians, If You’re Planning to Go ..."
Browse Our Archives
Follow Us!