How Should Progressive Christians Feel about Sarah Sanders and the Red Hen? 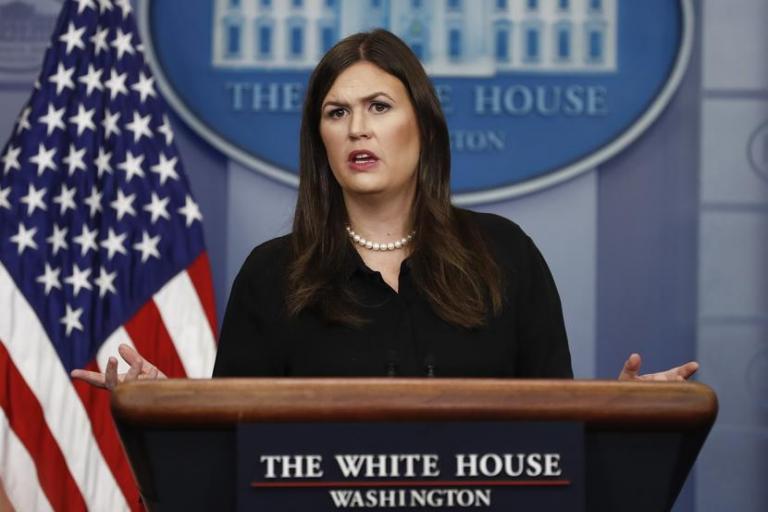 Before I begin, I should come right out and admit that I don’t know exactly where I am going with this. Forgive me but, if I sound scattered, that’s just a reflection of my thoughts.

As the White House Press Secretary, Sarah Huckabee Sanders is a natural lightning rod for controversy. She has the unenviable job of facing the press and trying to clean up the President’s daily messes. Because it is often her job to come to the defense of the seemingly indefensible, she draws the ire of a lot of folks on the left, progressive Christians included. Sanders has been in the news even more than usual the last few days because she was denied service at a Lexington, Virginia restaurant called the Red Hen. The aftermath of this has, of course, sent social media into a veritable feeding frenzy. Reaction from the Left has been almost universal amusement and there has been a groundswell of approval and support for the restaurant. The Right has come back swinging and there have been widespread calls for boycotting of the establishment. The question that keeps bouncing around in my head is: How am I supposed to feel about this as a progressive Christian? That’s what I want to explore here.

I have seen several progressive Christians share the Facebook page for the Red Hen accompanied by a public call for everyone to immediately go to the page and give the restaurant a 5-star rating and a rave review–sight unseen, food untasted, of course. My first reaction to this was to giggle with approval. In fact, I started to do it. I went to the Facebook page and began looking at the reviews and, oh my, what a hornet’s nest! Each review had hundreds of comments below it, each thread a steaming cesspool of hatred. Conservatives and Liberals were at each others’ virtual throats over this. It was quite the sight. When I saw that, my giggle of approval became a distant memory and I felt a sting of shame at having taken such glee over this. Truth is, it’s not really funny. So how am I supposed to feel? Let me think some more.

As I reflected on this, my mind immediately went to the Christian baker who refused to make the wedding cake for the same-sex couple. It was easy for me to support the same-sex couple in that case. So, why was I so quick to giggle at Sarah Sanders when she was denied service? As a progressive Christian, I think I need to take a long hard look in the mirror and ask myself some tough questions. Why is it ok for me to demand that a Christian baker should be willing to serve a gay couple but to cheer on a progressive business owner for refusing service to a conservative patron? Have we reached the point where we can’t even eat in the same establishment as people who have a different political view?

Would Jesus have turned Sarah Sanders away?

It’s a fine line we walk when we try to stand up to injustice and shine a light on bigotry and hatred. I just want to plant a thought seed here. As we try to fight the good fight, perhaps we should take care not to fall into the trap of using the same methods against which we rail. If we want to ultimately win this moral battle, it may require us to swallow our pride from time to time and take the higher road.