We Should All Look to Ruth Bader Ginsburg as an American Hero, But Some Can’t Wait for Her to Die 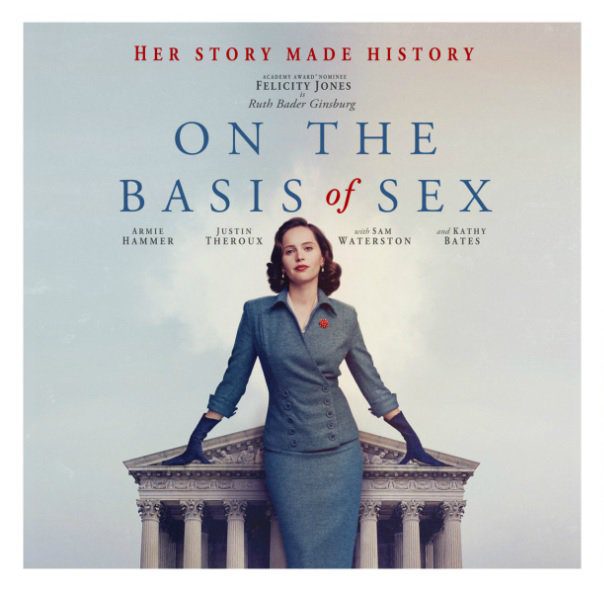 I finally got to see On the Basis of Sex, the Ruth Bader Ginsberg biopic, last night. What an inspirational film about an American icon. The tireless work done by RBG in the late 60s and early 70s to chip away at centuries of discriminatory legislation against women should place her in pantheon of America’s most cherished purveyors of social justice. She should be someone who unifies us but, alas, that is not the case. In fact, for too large a segment of our modern American society, the term social justice warrior is considered analogous to blasphemy. Somewhere along the line, an astonishingly large minority began railing against social justice. That is the single most shameful thing about our nation, so far as I’m concerned. And what makes matters worse is, many of the people who belittle social justice warriors consider themselves Christians. I simply can’t see how anyone could read about the life of Jesus and not see that he was a social justice warrior. Yet, here we are.

Ruth Bader Ginsberg has been in the Supreme Court since 1993–she was approved by the Senate by a 97-3 vote–I can’t even imagine that she would be approved at all by today’s Senate, that’s how far we’ve fallen. Ginsberg has served admirably for 25 years in her role as a SCOTUS justice. But it was her work to change laws that discriminated against women that will probably be her biggest legacy. If you are a woman who has a professional job besides a teacher or nurse, you owe a big debt of gratitude to RBG. If you are a woman who played high school, college, or professional sports or if you have a daughter who does, please thank RBG. If you are a woman who makes an equal or comparable wage with the men at your place of work, send some good thoughts to RBG. Ginsberg’s crusade to change discriminatory laws was a catalyst for great change for generations of American women.

Yet, among many Right Wing Christians, Ginsberg is viewed as an enemy. To the most conservative of Christians, Ginsberg is Satan’s right hand woman. She was an advocate for women working outside the home. That threatened their patriarchal world view. To them, women were weak, subservient creatures who were good only for caring for their husbands and their children—you know, barefoot, pregnant, and in the kitchen. Women weren’t even qualified to speak their minds in church–leave God’s work to the men, was the norm. Along came RBG and she helped turn all that on its head.

As for me, this Christian thanks God for Ruth Bader Ginsburg for helping create a society where my wife and daughter are free to pursue happiness in whatever way that makes them happy.

As you likely know, the 85 year old RBG has been dealing with some health problems of late. She recently had a fall that broke some bones and more recently has had another bout with cancer. By all accounts, the surgery went well and RBG is expected to recover and return to work soon, thank God.

As I scan social media, I’ve been disgusted to see that not everyone is thanking God that RBG is recovering nicely. I saw many self-proclaimed Christians giddy with excitement at the announcement of her cancer. I saw comments like, “Ginsburg is the next to go, more winning!” Far right Christians seem to be hovering over Justice Ginsburg like vultures, waiting impatiently for her demise. They desperately want to replace her with another conservative justice while they still control the White House and Senate.

Ruth Bader Ginsburg is a national treasure. Working for social justice is a noble endeavor and as Christ-like a thing anyone can do.

Far-Right Christians can’t wait for Ginsburg to die so they can work to turn back the clock on social justice. 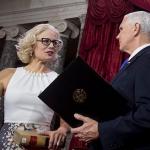 January 7, 2019
It's Time for Elected Officials to Stop Using the Bible to Be Sworn In
Next Post

January 14, 2019 Go West, Young Man: One Man's Long Strange Journey toward the Political Left
Recent Comments
0 | Leave a Comment
"Zinn taught for the Communists and organized their front groups. His friends said he was ..."
Ste Faith in the Public School Classroom: ..."
"Informants do not always give truthful information. No proof that he was an organizer, no ..."
Medalcollector Faith in the Public School Classroom: ..."
"I agree that if abortion were not an issue, then there's a good chance that ..."
Mr. Collins What if Roe v. Wade Were ..."
"Informants generally gave truthful information. Multiple informants reported Zinn's membership.Zinn taught Marxism for the Communist ..."
Ste Faith in the Public School Classroom: ..."
Browse Our Archives
Follow Us!