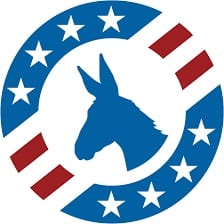 Trying to support the Democratic Party can be quite vexing. I believe a progressive political platform is the way to move our nation forward and I support most of what the Democrats stand for, but I’m very disappointed in their continual failure to properly sell their message. I don’t think anyone with an objective bone in their body could look at the political landscape and not admit that it is the G.O.P. that has played the propaganda game much better than the Dems. It’s not even close.

The Republicans have millions of Christians convinced that to vote for a Democrat is the same as making an unholy alliance with Satan. They also have Christians convinced that Democrats “love abortion” and they push misinformation about things like the recent court ruling in New York about late term abortion. I’ve seen lots of my social media Christian friends posting memes like this one… 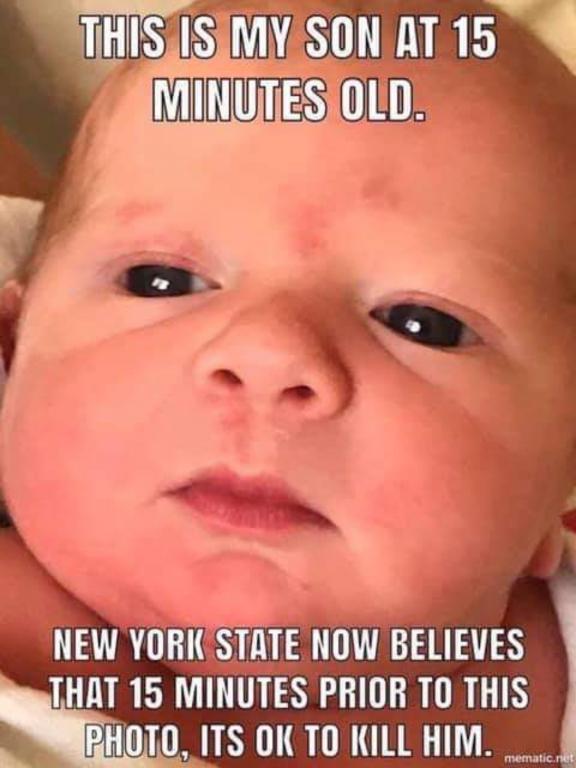 That’s nothing but overtly mendacious propaganda. The truth is that law doesn’t allow for indiscriminate late term abortions, there must be a risk to the mother. Yet, most of my right wing Christian friends seem oblivious to that. They run with the propaganda they are sold and dig deeper into their conservative foxholes. Yet, the Dems seem powerless to present their position on abortion rights in any meaningfully effective way.

The Republicans  have millions of hunters and gun owners convinced that Democrats want every gun in the nation sniffed out, confiscated and destroyed. They have dominated that information war for decades. It’s just nonsense. Yet, the Democrats can’t seem to sell their message of common sense gun control measures with any success.

I’m still gobsmacked by the way the Dems allowed the G.O.P. to trample the Constitution as they blocked President Obama’s Supreme Court nomination of Merrick Garland for months and months until Trump was elected so that he could fill the nomination. That was highway robbery carried out on a world stage and the Dems rolled over and took it. They should still be filibustering and the left-leaning public should still be marching in the streets over that despicable event. Yet, here we are with Justice Kavanaugh. How did that happen?

We’ve got less than two years for the Democrats to come up with a winning strategy to take the White House and make gains in the Senate. What’s the plan?

We have seen great things happening in the House of Representatives with a new and diverse crop of Congressmen and women already aggressively rattling the halls of Congress. That’s great, but what about the White House and Senate? Those are much tougher nuts to crack. How do we get it done?

My solution seems to meet with resistance from the resistance. The further left a person is, the less likely they seem to be to see that there is value in appealing to centrists. I get push back every time I broach the subject. But I think the key to success lies in the middle. I know many people who are so turned off by political division that they are basically fed up and many have pretty much checked out. They are the types who tend to vote independent or not vote at all. The Democrats desperately need those votes. With the daily embarrassments and growing list of scandals from Trump’s administration, many of these people are, pardon the expression, ripe for the picking if the Democrats would come down off their high horse and come up with a message that would coax centrist voters a little farther to the left. But I don’t see that happening.

Some of loudest voices coming from the Far Left are actually repelling centrist voters–nudging them farther right. It’s to the point where, as I see it, there are only two ways the Dems can win the White House in 2020 (yes, I’m serious). The sure-fire way would be to abolish the Electoral College which is stacked so heavily in favor of the little red states that it presents an extremely problematic barrier to any Democratic candidate’s path to the White House. The Electoral College isn’t going anywhere for now, so we must focus on the second way, which is to put young, vibrant leadership front and center and start flooding the airwaves and interwebs with their message–their true, unmolested message. Battle fake news with cold hard facts. Take back some control of the narrative. Be aggressive and relentless. Don’t let the G.O.P. get away with anything. And, perhaps most importantly, work to move centrists–particularly moderate Christians–further to the left.

But I don’t see this happening much yet and, truth be told, I’m starting to feel a lot of anxiety from it.

As I said earlier, some of the loudest messages coming through from the Left are those farthest left. The messages they are sending come across to centrists as intolerant and elitist. They are constantly ready to crucify anyone who says or does anything they don’t agree with. They carry it way too far and it alienates many centrists. If they don’t wise up and tone down their act, they’ll push more centrists away than they will attract.

I’ll give a few examples of what I’m talking about.

What I’m trying to say here is that a big part of the Democrats’ horrible job of selling their message is that some of them farthest to the left tend to sully the whole thing by giving the party a tinge of elitism that those in the center can’t live up to or identify with. The Far Right does that to the G.O.P., too, but since many centrists are Christians and the Republicans have long since taken control of that narrative, the net loss always goes to the Democrats.

If they could tone down their non-platform related rhetoric for a while and go about the task of aggressively and relentlessly presenting their actual message, that could work wonders towards coaxing extra votes from the middle.

I hope they will begin doing this, but I’m certainly not going to be holding my breath.

January 28, 2019
Politics Isn't Killing Us, Confirmation Bias Is
Next Post

February 3, 2019 Conservative Christian, I Really Need to Ask You Some Things
Recent Comments
0 | Leave a Comment
Browse Our Archives
Follow Us!