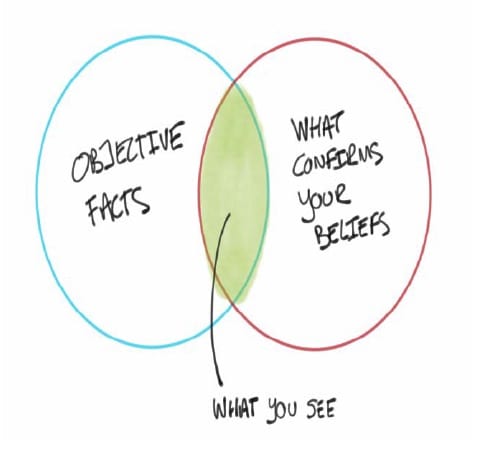 This piece was inspired by the reaction to my last one. Last week, I wrote an article about the Covington Catholic High School controversy in Washington D.C. The gist of my article was that we all share some blame in the way that whole thing blew up. We watched the Left (myself included) jump all over the first video released that only showed one perspective. When more video surfaced that showed others involved in stirring the pot with those students, the Right jumped in and started lambasting the Left for spreading “fake news” again. Then more video surfaced that showed the boys harassing women and one shouting “it’s not rape if you enjoy it.” So the Left got worked up again, and back and forth it went. My article pointed out the blame on all sides, including the way all of us social media voyeurs responded to it all. I thought I had written a very objective and balanced response. While there were many who agreed with me, many more–from both extremes–took me to task, in no uncertain terms, for being biased. I took as much heat from the Left as I did from the Right. It was the most interesting reaction I’ve ever gotten to anything I’ve written because of the diversity of people who were angered by it. As I reflected upon all this, I realized that the reaction to my article is just exactly what my article was pointing out. That reaction revealed, with alarming clarity, the true problem behind all of our division in America. Politics isn’t killing us, confirmation bias is.

As people watched those videos from D.C., they did so looking only closely enough to verify what they already believed had happened. When they found what they were looking for, they stopped looking. They saw just enough to validate their own preconceived opinion and any other facts were meaningless to them. The same is true for some of those people who read my article. They saw the title and fixed it in their minds that they shared absolutely no blame in the matter–how dare this holier than thou writer try to make me complicit in this thing–so they skimmed through the article looking for evidence to support their anger. When they found it, that was all they needed to see. And many vitriolic comments were angrily hammered out in response. This is what is killing our country–confirmation bias.

Empathy cannot coexist with confirmation bias. They are oil and water.

Confirmation bias has afflicted the Church as much as anywhere. There are certainly topics that are tough for Christians, such as LGBTQ and abortion rights. Having grown up being taught that the Bible is infallible, many conservative Christians have been indoctrinated with a political perspective that is based upon certain interpretations of scripture. Often lost in the interpretation is the true calling of Christians, love and empathy. So, naturally, many conservative Christians seek out news sources that make them most comfortable because they don’t have to have their beliefs challenged or moved one bit. In the process, their sincerely held political beliefs become more precious to them than the true message of Jesus–that we love our neighbors as ourselves.

But the same can be said of those on the Left who preach inclusiveness and tolerance. I dealt with some of them last week when they spewed their hateful reaction at my attempt at a fair and balanced article. I am on your side, progressives but, you and I, we aren’t above admonishment. We are far from perfect. When we allow our own confirmation bias to cloud our objectivity, we are as guilty as those on the other side. When we lose our ability to empathize, we also stop growing.

I write this as a warning. If we don’t start displaying some actual tolerance and empathy for other perspectives, we have little hope of getting this nation headed forward towards progress.

This thought was driven home to me in a conversation with my wife. She is more middle-of-the-road politically than I am. We were discussing the reaction to my article last week and she said that all that does is make people like her who are in the middle–and quite moveable–retreat back to their comfort zone. In other words, when the far right and far left are slinging mud, it just makes those slightly left-of-center or slightly-right-of center want to move further left or right.

Our hope for the future lies in those who stand near the center. They are watching and listening to the way the more extreme folks carry on and they are cringing. Keep pushing them and you’ll lose them.

Let’s try to be cognizant of our confirmation bias. That’s the only way to keep it in check.

That could be the only way to save our nation.

January 24, 2019
We Should All Be Ashamed of Ourselves for the Covington Catholic Spectacle--ALL of Us
Next Post

January 30, 2019 Democrats Need to Pull Their Heads Out of Their Mascots and Focus on a Winning Strategy
Recent Comments
0 | Leave a Comment
"good article overturning roe v wade will not stop people from getting abortions it will ..."
Brandon Roberts Abortion Ban Questions Christians Should Ask ..."
"Churches are shrinking like the polar ice caps, they have delusions of relevance."
Nixon is Lord Jesus and Elon Musk: America’s Income ..."
"I'm suspicious that that sounds more like political ideology than valid economic analysis. Can you ..."
David N. Gray Jesus and Elon Musk: America’s Income ..."
"And that's why you'll always remain in the spiritual kindergarten..."
Steven Waling Empty Tombs and Empty Shells
Browse Our Archives
Related posts from Empathy Mining