No laws were broken. Nobody got injured. But there were no winners. There is no one person or group to blame. We all share in it.

The ugly events on the steps of the Lincoln Memorial this past week involving the boys from Covington Catholic High School were a snapshot in time. It was just another storm spawned from our current national climate where everything seemed to come together in the wrong place at the wrong time for the people involved and for all of us voyeurs who stood on the sidelines watching in judgement. It was another in a series of events that reflected the fact that our country is more divided than it has been in 45 years. In a words, it was a mess.

The blame lies at all our feet. When the original video went viral, it showed one perspective and everyone left of center pounced on it–I’m raising my own hand in guilt here. I was sure I heard those boys chanting “build the wall” yet, when I later searched for evidence to confirm it, all I could find was Native American Nathan Phillips claiming they had said it. I assumed it and so did most of the mainstream media.

Then more video emerged. It showed that Nathan Phillips actually went toward the Covington Catholic boys, they didn’t advance to him and envelope him in an intimidating circle as the first video showed. Then the Right latched ahold of this new tidbit and fired back at the Left for spreading “fake news”, ignoring much of what actually did happen.

Then it came out that before all of that, a group of Black Hebrew Israelites had spotted the MAGA gear many of the Covington Catholic kids were wearing and shouted them down, calling them racist “crackers” and saying they were future “school shooters”. That’s when Nathan Phillips approached the excited mob of teens.

The whole thing was one confusing whirlwind of crap. Everyone was quick to jump to conclusions and lay the blame at every turn. The truth is, we are all to blame.

Those kids are to blame. They are old enough to know that you shouldn’t immerse yourself into the middle of a Native American demonstration or harass females.

The Black Hebrew Israelites are to blame. They should understand that, even though those MAGA hats and Trump clothing are offensive to millions of people, those kids probably haven’t been taught to be that sensitive to others’ feelings on such things. They were there to support the pro-life demonstration happening that weekend. To them, perhaps, making America great again might simply mean ending abortion. Naive yes, but naiveté isn’t a crime, especially among 16 and 17-year-olds.

I hesitate to place any blame on Nathan Phillips but, truthfully, he could have avoided that confrontation by staying away from those kids.

Whoever those kids’ chaperones were share a huge part of the blame. I still can’t figure out how those boys were able to find so much trouble in so little time. I’ve taken large groups of students to Washington D.C. several times and I know that chaperones must always be nearby in order to keep kids out of trouble. Where on God’s green earth were the adults in that group?

I place a big part of the blame on the educators, administrators, and parents of that group of boys. As more and more evidence has emerged, it’s become quite clear that the boys in that school must get very little teaching about racial/cultural sensitivity. In the days that followed all the viral D.C. videos, a photo surfaced of a Covington Catholic basketball game from a few years ago with several students in blackface shouting at a black player along the sidelines. 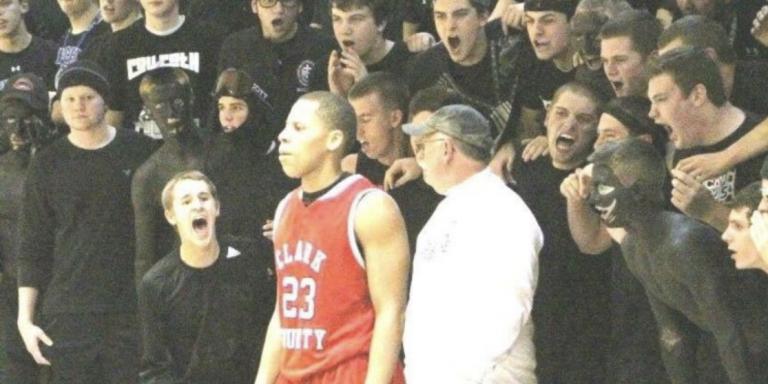 The explanation for this was that it was a “blackout” night. That’s believable, and the all black clothing is perfectly acceptable. But come on, blackface? As a teacher, if I were ever photographed in blackface, for any reason, I’d be fired and it would probably make national news. People have just got to be smarter than that. The administration of that school should have been smarter than that. Those kids need to learn the limits of socially acceptable behavior as well as our long and shameful national past when it comes to the history of what makes blackface offensive to so many Americans. Clearly, empathy and sensitivity are not high on the priority list of things to instill in the students of Covington Catholic.

And how can that be? Isn’t this is a Christian school? Didn’t Jesus say the greatest commandment is to love the Lord your God with all you heart, soul, and mind and the second is to love your neighbor as yourself? How can a group of students from such a school go around in the nation’s capital doing what they did? Where was the empathy? Where was the sensitivity? Where was the love?

The parents who send their children to this school should also be instilling these values in their kids or at the very least, expect the school to do so. We saw no evidence that these kids had any Christian training whatsoever, save the school name scrawled across some of their sweatshirts.

The angry Left is to blame. There have reportedly been death threats made to some of the kids from Covington Catholic. Things have gotten so bad that the school has been forced to close for now. That crosses many lines, including legal ones if the death threat claims are legitimate.

We are all to blame. This incident has shown a bright light on that fact. We have allowed ourselves to be so divided that we are blind to our own culpability. We preach tolerance, but we don’t give it. People are entitled to their own political beliefs. Theoretically, people should be allowed to walk down the street wearing whatever message they choose without having to be shouted down and belittled. But the other side of that token would say that sensitive people with a dose of empathy should realize that wearing certain messages will make others very uncomfortable and might be inviting confrontation.

Social media has hastened this phenomenon. Everyone carries a video camera and has access to a platform where it can reach millions of people in moments. This isn’t going away.

Until we come to the realization that we are all to blame, we’re headed for big trouble. 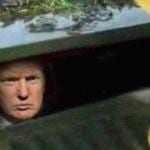 January 18, 2019
Gotta Give Trump Credit for Helping to Honor His Campaign Promise to Drain the Swamp...But the Joke is on Him
Next Post