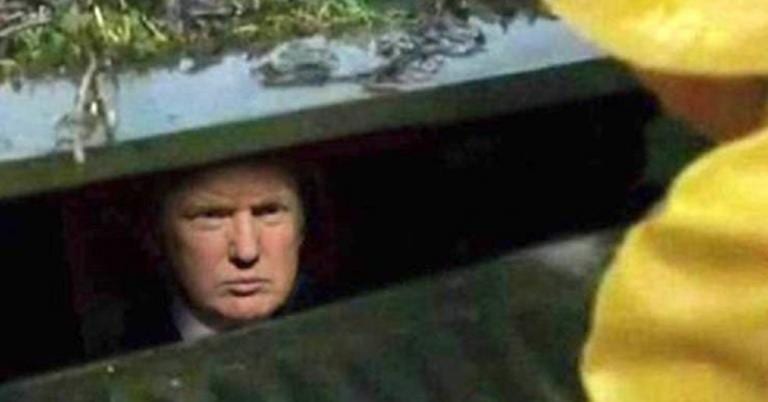 One of the most popular refrains from Donald Trump’s campaign was the slogan, “Drain the Swamp.” Since The Donald was a political outsider, he claimed he would turn Washington D.C. on its head and get rid of all the “dirty water” that has been stinking up our nation’s capital for years. I have to admit, he has sort of started to  accomplish that. But the joke is on him. Slowly, that brackish muck is beginning to seep into the proverbial sewer grates and it is being replaced by “fresh water” the likes of which D.C. has never seen. Yes, the swamp is beginning to drain, but Trump and his band of cronies are in that foul, oozing, and ebbing swamp sludge.

The Blue Wave of the 2018 midterm election wasn’t quite the tsunami some were hoping for, but it was incredibly impactful, nonetheless. Of course, the Senate remained in Republican control, but the House made an impressive flip to the Democrats. In general, the Congress, particularly the House, is finally beginning to better reflect the the way America actually looks. There are more openly LGBTQ members of Congress than ever. There are more women and minorities represented than ever. There are more religions represented than ever. If you don’t see that as a good thing then you don’t understand representative democracy, or you’re just a…well, never mind.

Not surprisingly, there’s been a lot of reactionary push back from the Religious Right about all these newcomers to the halls of Congress. They aren’t happy about it one bit. After all, inclusiveness is not something they are very interested in. Right wing evangelical pastors have recently been speaking out that it goes against the will of God for women to hold public office. These people clearly have no understanding of, or flat don’t care about, the Establishment Clause of the 1st Amendment which mandates a clear separation of church and state. If they wish to keep the women of their own flocks silent and submissive homemakers–so long as the women are submissive of their own free will–that’s their business. But they have no place whatsoever to keep women from their Constitutional right to represent women and be represented by women.

Jesus was way ahead of his earthly times in the way he treated women. In an era when women were, by law, subservient and expected to be silent on matters of religion, Jesus showed respect for women. He didn’t shun or shame prostitutes or poor widows but, rather, spent time with them, listened to them, and counseled them. Jesus brought Mary Magdalene into his inner circle and many biblical scholars consider her an equal of the disciples. Yet, the Religious Right likes their religion old school even though Christ was far from it.

This backlash from the Religious Right has been so prominent lately because it is a direct reaction to the “fresh water” flowing into Congress, helping to begin to truly drain the swamp and to replace and refresh it. Nobody has been more of a lightening rod for this vitriol than the face of the new Congresswomen, Alexandria Ocasio-Cortez. 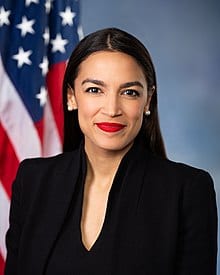 I am falling head-over-heels for that little pit bull of femininity. The way she has hit the ground running at her new job has drawn much attention and a lot of criticism from the Right, but she forges forward unfazed. I loved it when she and some other freshmen Congresswomen went storming through the halls of Congress trying to track down Mitch McConnel–who seemed to be on the lam—to confront him about the government shutdown. You can read about that incident and watch video from it at this link.

These fiery and able women represent that “fresh water” flooding in to force the old stagnant swamp sludge out. They were enabled, in part, by the corrupt, scandalous, and inept administration currently pulling the strings of our nation.

Thank you, Donald Trump, for helping to keep your campaign promise to drain the swamp. Too bad for you, I suppose, that you’re being caught up in the drainage.

January 24, 2019 We Should All Be Ashamed of Ourselves for the Covington Catholic Spectacle--ALL of Us
Recent Comments
0 | Leave a Comment
Browse Our Archives
Follow Us!