Conservative Christian, I Really Need to Ask You Some Things 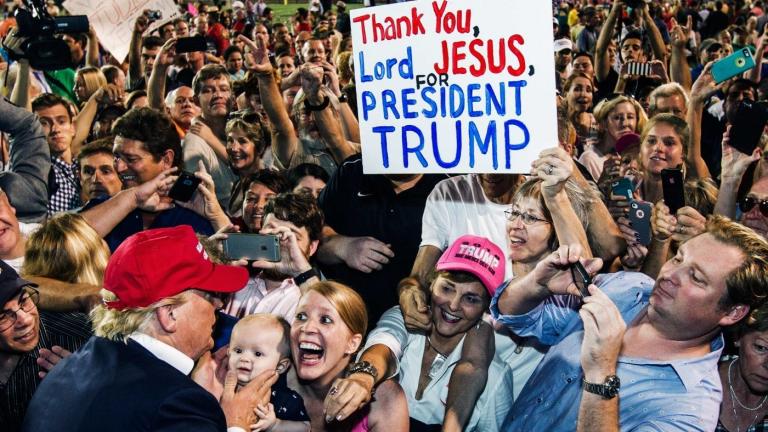 As one who’s been on both sides of the political spectrum, I try my best to have empathy for all–at least most–viewpoints. As I sat in Church this morning, I looked around at a lot of wonderful, loving people, some I call dear friends. I know that they have generous hearts, and loving spirits. I know that they aren’t the kind of MAGA hat wearing spewers of hate and bigotry that we see on a daily basis in viral videos. I know that there are millions just like them in other churches around the nation. And I know that they continue to feel obliged to consider themselves dyed-in-the-wool political conservatives because that’s the way they’ve been indoctrinated for their entire lives. Indoctrination is a helluva drug. So I am writing this piece to ask you, my conservative Christian friends, some vitally important questions–questions that, when I was on your side of the political aisle, I never dared ask myself–questions that go to the very heart of what it is to be a Christian–questions I sincerely want you to think about, pray about, and when you’re ready, answer in the comment thread at the bottom of this page. I think I understand you, since I was once one of you, but I want to understand you better. But more importantly, I want you to search your souls and understand yourselves better. If you come out at the end of this exercise just as steadfast in your political conservatism, so be it, at least you will have been challenged to think on some things and maybe understand me better. Do we have a deal?

Before we get too far here, let’s try to agree on two basic tenets of the Christian faith about which we should all, I think, be able to agree. First, let’s try to agree with the fact that, according to scripture, a sin is a sin is a sin. In other words, there aren’t degrees of sin that make one sinner better or worse than another. Even though I think we all agree to that, I believe it is one of the single most overlooked aspects of the faith. Our nature is to compare ourselves against others. We justify our own sins as minor and fleeting, while we tend to see others’ sins as indelible stains. Keep that in the forefront of your mind as we continue, please. Second, I think it’s pretty universally understood that God gave us all free will. Not everyone is going to see eye-to-eye with your view of politics any more than they’ll fall into lockstep with your brand of faith. This point becomes crucial to understanding what it means to live under the Constitution of the United States of America. I must be straightforward with you here, conservative Christian friends, I believe a great many of you have completely lost sight of this. Try to keep it in mind as we tackle the following questions I have for you.

1. What do you believe happens to the soul of child who dies in infancy?

Do you believe that baby’s soul would go to hell or heaven? Think hard on this. Then apply that to your views on abortion. Look, I know abortion is a terrible thing to think about. I also know that many of you, conservative Christians, feel so passionately about this topic that you can’t picture yourselves ever voting for anyone attached to the Democratic Party because that party tends to be pro-choice. Please understand that nobody in their right mind is “pro-abortion”. I hate abortion, but I am pro-choice because I know that every situation is unique and I know that we have millions of kids already growing up in absolutely hellish situations who have little to no hope of having a happy life–and, by the way, have little to no hope of ever finding their way to a baptismal. Knowing that we all have free will–believing that, if there is a heaven or a hell awaiting us in the here after, the souls of babies would find their reward in heaven–and trusting that, as ugly as abortion is, in some cases, it could be the most humane option available, I have given up that issue to God and don’t use it as a consideration in how I vote. Can you think about that and search your heart for empathy? Let me know in the comments.

2. How does the Republican platform reflect love for our neighbors?

When pressed for the answer to the question, “which is the greatest commandment?”, Christ answered, “Love the Lord your God with all your heart, soul, and mind. And the second is like it, love your neighbor as yourself. On these two commandments depend all the Law…”. Surely, as a follower of Christ, conservative Christian friend, you must agree wholeheartedly with the words of Jesus here, right? So, which parts of the actions and policies of President Trump show love for your neighbors? Is it his daily tweeting of belittling comments about his adversaries? Is it his pulling out of a long-standing nuclear agreement? Is it his calling for the firing of the “sons of bitches” on NFL teams who were peacefully demonstrating their heartfelt concerns about how minorities are treated in their own neighborhoods? Is it his rounding up thousands of immigrant children and placing them in cages, separated from their parents? Is it his continued denial of climate science and his rolling back environmental protection policies? Is it his party’s continued refusal to look at common sense gun control measures even after seemingly daily examples of mass shootings continue so frequently that they no longer raise our eyebrows when they are reported in the news? Is it his party’s continual attempt to take rights away from loving same-sex couples? Is it his denial of rights of transgender people to serve in the military? Is it that fact that he lies and misrepresents himself on literally a daily basis? Please, as you think on these questions, keep in mind what I pointed out earlier about sin being sin, free will, and how it applies to living under the Constitution. I’d love to read your responses in the comments.

3. How do the Republican policies that feed the growing income inequality gap crisis square with biblical teachings?

Jesus never spoke about most of the issues I raised in the previous question, but one thing he taught about more than just about anything was money. Most of you, my conservative Christian friends, are quick to label liberals and progressives as socialists. You say it as if it was synonymous with the word Nazi. In reality, we all benefit greatly from socialism every day. Where would we be without public schools, public transportation, infrastructure like roads and bridges, police and fire protection, military, social security, the list goes on and on. Socialism is not a dirty word–we have and depend upon a certain degree of socialism for our very survival. If you can read the Bible and not see that Jesus was in some ways a socialist, then you and I have very different reading comprehension abilities. “Go sell everything you have and give it to the poor”, (Mark 10:21), “any one of you who does not give up everything he owns cannot be my disciple”, (Luke 14:33). I’m not about to suggest that we all must become paupers, but it does give one at least some pause to ponder those statements, does it not? “Again I tell you, it is easier for a camel to pass through the eye of a needle than for a rich man to enter the kingdom of God.” (Matthew 19:24). So when I hear my conservative Christian friends lamenting the proposals by Democrats to tax the wealthy much more, upon which teaching of Christ do you justify your complaints? According to Forbes Magazine trickle down economics has never worked.

The upper classes really are taking money from the poor in a very real and concrete way…since 1979, the bottom 90% of the nation has consistently lost money while the upper classes have gained. If the average person’s wages had kept pace with the economy since the 70s, most people would be making $92,000 per year.

So, again I ask you, conservative Christian friends, how does your party’s economic policy jive with biblical teachings? I’d love to read your thoughts in the comments.

4. How does the Republican Party education policy reflect love for our neighbors?

The Republican Party keeps pushing for more private and charter schools. They push for more Christian education in public schools. They push for tax supported vouchers to send public school kids to private and religious schools. All the while, public schools continue to be underfunded. TIF school districts, like the one where I teach, have lost millions of dollars of funding over the years so that corporations can get tax breaks. Property tax caps have cost schools millions more. For this reason, a multitude of school districts have had to go door to door to try to get support for referendums just to stay financially solvent and not have to cut programs and staff. Now, in my state, there is legislation being proposed that would force school districts to split their referendum funds with nearby charter schools. All of these policies are direct attacks on public education. Their net results will serve to create a much wider racial and socioeconomic achievement gap in education. Where is the love in this madness?

I could go on, but this will do for now. I’ve laid out my case, conservative Christian friends, keeping in mind all the things I’ve asked you to, please, prayerfully consider my questions and let me know what you’re thinking.

Thank you and God bless America.

January 30, 2019
Democrats Need to Pull Their Heads Out of Their Mascots and Focus on a Winning Strategy
Next Post 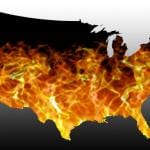 February 7, 2019 Pride Has a Way of Holding Too Firm To History--America's Unquenchable "Wildfire"
Recent Comments
0 | Leave a Comment
Browse Our Archives
Follow Us!