If It’s Not Careful, the Far Left Will Eat Its Own 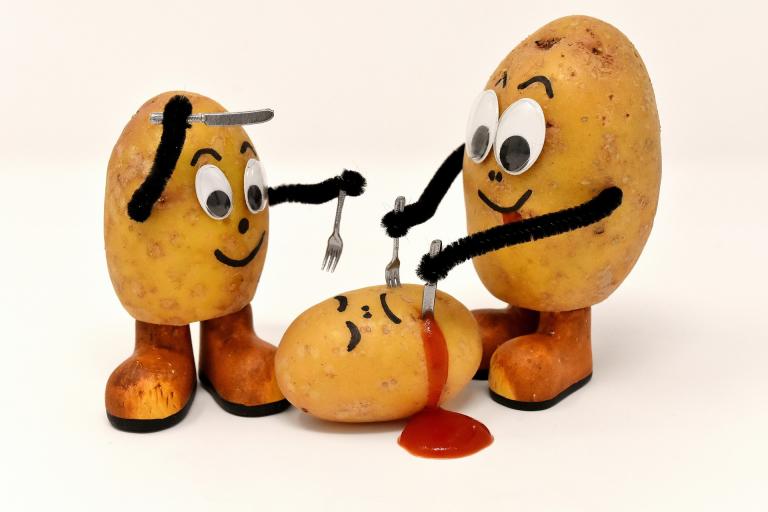 Lately, there has been a topic frequently churning around in my head. I’ve written several articles on it in the last few weeks. The topic is the self-destructive nature of the Democratic Party, particularly the far left portion of it. I have documented my own political journey often in my writing. I was born into a left-leaning family of Christian Democrats, I eventually turned more toward conservative Christianity, but in recent years, I’ve come back to the left, quite a bit more so than I ever was. This has left me with an ability to feel empathy for those on the right. I have many friends who are still on the conservative side of Christianity. Much of my writing is aimed at trying to get them to see things from another perspective in an attempt to help cut them free from the netting that has entangled their faith with their politics. I never want to alienate them or make them feel inferior, after all, I was once squarely in their camp. But I figure, if I can be moved, so can someone else. But this is not a common tact of people on the far left. As I have written about reaching out to those near the center to try to show them a loving path towards progressive thinking, I have been met with much pushback from the Far Left who seem to view such efforts as caving on their principles and kowtowing to the center. The Far Left, I’ve come to realize, can be quite snobbish when it comes to their view of political centrists. They seem to have no patience or tolerance for them whatsoever. That can’t be good for their cause. I’m solid enough now in my political convictions that I can’t be pushed back by their elitist attitudes, but someone who is searching for a new political home might be put off enough by this kind of condescending snobbery to be repelled by it, costing the Democrats millions of potential votes. Yes, the Far Left runs the risk of eating their own.

One of my dear friends and a cousin by marriage is very far to the left. But she also has a heart as big as all outdoors and certainly has the capacity for great empathy, even for those political centrists much of the Far Left holds in such disdain. Yesterday, she posted a statement on Facebook that hit the nail on the head.

To all my friends who are left of fascism: Let’s correctly identify our opponents. And wisely choose our battles. We must avoid being intractably divisive and giving Trump four more years. Which he’ll use to eat infant livers and blind baby seals. Each of us indulging in the satisfaction of knowing our position in the infighting is “right,” while our fellow infighters are “wrong,” is the ticket to extinction.

Thanks for that message, Katie. It is sorely needed–and we’re running out of time to get everyone on the same page before the election.

To give you an example of what I’m talking about, I’ll share with you a comment one of my recent pieces received when it was shared on the large social media platform called The Christian Left. The gist of the article was to ask conservative Christians to search their hearts for answers to some pretty hard-hitting questions I have for them that relate to mixing their faith with politics. I expected some hard push back from the Right, which I got plenty of, but I wasn’t expecting to be shamed by the Far Left for having once been a centrist. But that’s what I got. Here is one such comment left on The Christian Left Facebook page.

OK…DT [Trump] woke you up and made you do the right thing for once in your life. Let’s hope he wakes more politically apathetic people up! Too bad it took things getting so out of hand to make you “see the light”. The truth has been there all along……

Can you imagine anything more snooty or condescending? It is as if some on the far left want absolutely nothing to do with anyone who hasn’t agreed with their world view from the beginning.

My warning to the Far Left, once again; this elitist attitude is exactly what often holds back the Democratic Party. Obviously, most Democrats aren’t repulsing centrists, but the significant voices coming furthest from the Left are doing their best to keep their club closed to newcomers.

I’m telling you, there are millions of Christians out there who are looking for a new political home. It might be nice if you on the far left would swallow your pride, stop eating your own,  and put out the welcome mat.

February 12, 2019
There are Lives in the Balance
Next Post